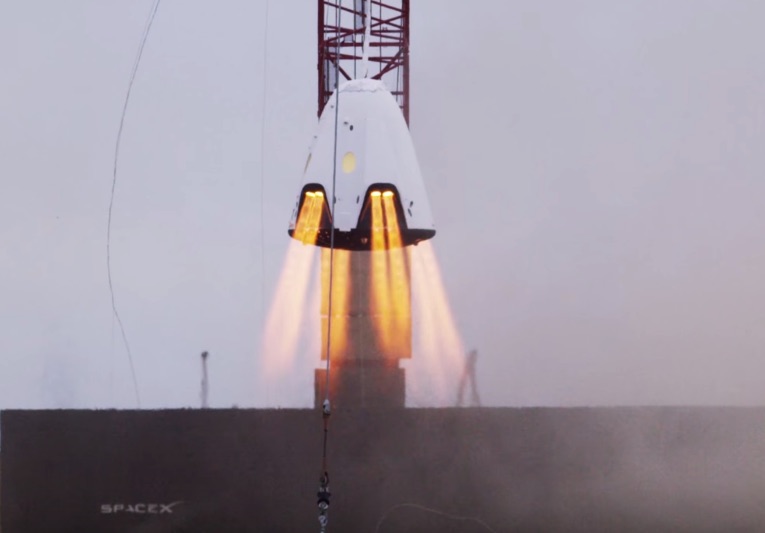 Elon Musk tweeted on Wednesday that SpaceX intends to send a Dragon 2 capsule to Mars and back as early as 2018. Former NASA administrator Lori Garver calls that “a bold statement.”

Things are busy at SpaceX these days. With another Falcon 9 launch mission coming up on May 4, and continued R&D on its Dragon 2 capsule designed with transporting humans to Mars in mind, Elon tweeted that the capsule will be capable of landing anywhere in the solar system. This development is especially crucial if Musk intends to colonize Mars within 20 years.

Dragon 2 is designed to be able to land anywhere in the solar system. Red Dragon Mars mission is the first test flight.

SpaceX tweeted a short video of the Dragon 2 undergoing a test of its SuperDraco landing system, a critical component of any journey to the Red Planet. This follows tests from earlier in the year when the Dragon 2 capsule was seen performing a hover test.

Elon says the first unmanned mission to Mars will likely take place in 2018, with manned flights expected to happen by 2026 or earlier. He also tweeted that the current Dragon 2 capsule would not be a comfortable vehicle for the 8 month long trip to Mars because it is only about as big as a Model X on the inside. He thinks it is only suitable for trips in the “earth — moon region.”

Landing a spacecraft on Mars is an incredibly difficult process. Many NASA probes have failed to achieve their objective. Of the 43 robotic missions to Mars attempted by four different countries, only 18 have been successful.

SpaceX will collaborate with NASA for its Mars mission. The space agency says it is providing “technical support” to SpaceX but not financial assistance. In exchange, SpaceX will provide “valuable entry, descent and landing data to NASA for our journey to Mars, while providing support to American industry.”

The collaboration “is more similar to what you might have with a government-to-government agreement,”says Lori Garver, the former deputy administrator of NASA. “So it is breaking new ground, and I think it’s a good sign that NASA is even a partner. It shows there are people at NASA who are as excited about this as a lot of us are.”

Musk’s recent statement about a mission to Mars taking place as early as 2018 caught Garver by surprise. It “is a pretty bold statement from a guy known for bold statements,” she told The Washington Post.

Unleash the Dragon! A "bold statement" indeed! Great to see that NASA is embracing partners in #JourneyToMars https://t.co/d2W4DHWRWG