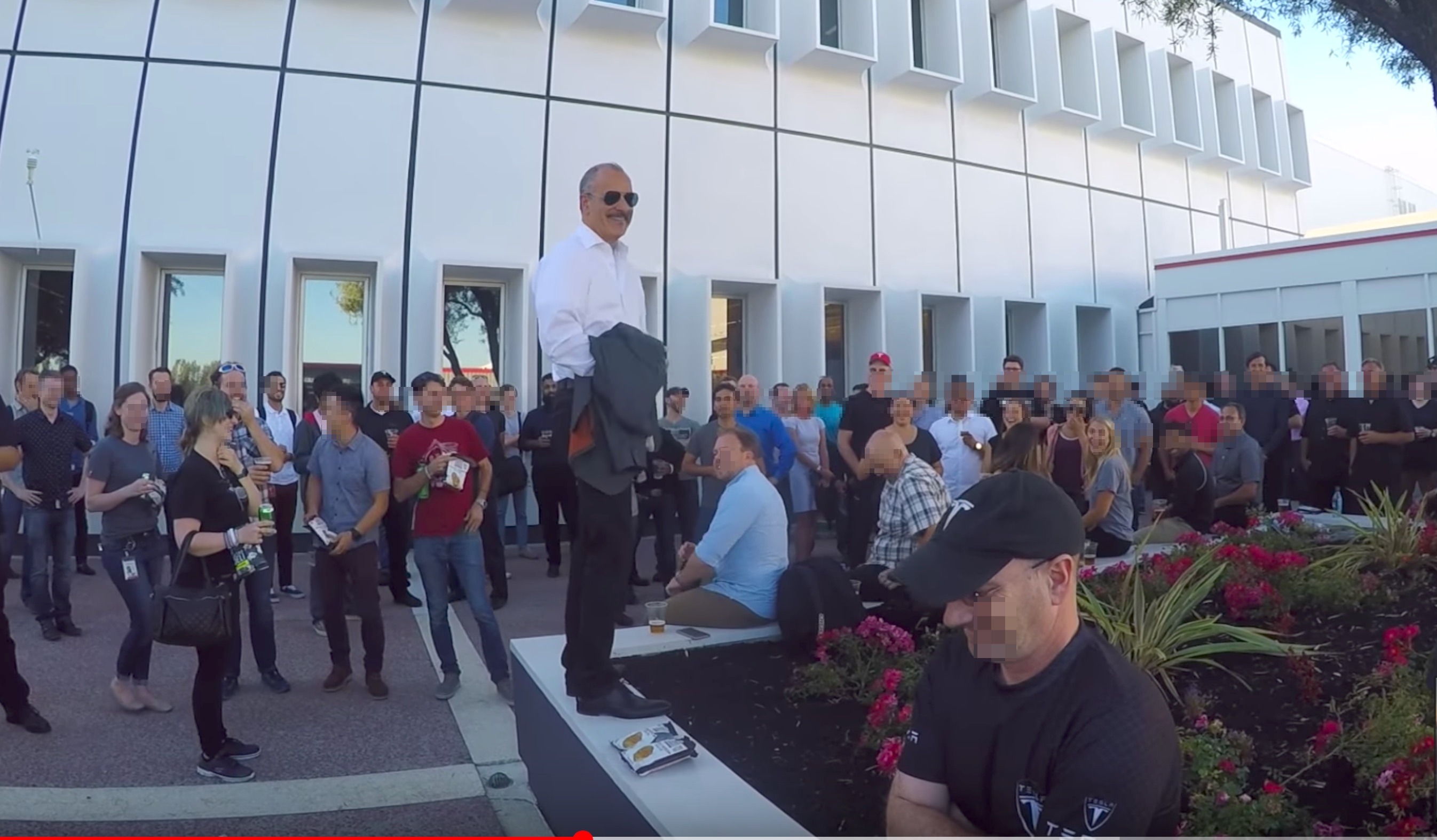 A video has been unearthed on YouTube that shows a Tesla executive in charge of the Model 3 production line giving a pep talk to Fremont factory workers before the Model 3 delivery event.

The person in the video appears to be Peter Hochholdinger, the long-time Audi exec that Tesla hired away to manage its Model 3 production line. Hochholdinger’s official position title is Vice President of Production at Fremont.

“There’s a lot of work in front of us, who’s scared about that?” Hochholdinger asks. No one raises their hands, and the crowd goes into laughter as Hochholdinger says “Good! Thank you!”

Joking aside, Hochholdinger had a more serious point he wanted his workers to absorb.

“Everybody in this company has to put his hands on this car,” Hochholdinger says in a clear reference to the teamwork it took to get the Model 3 from concept to car.

Ironically enough, Hochholdinger’s pep talk came just hours before Musk’s mentioning of “production hell,” a reference to the company’s S-Curve. The S-Curve requires a patience that Tesla fans have learned to endure and Wall Street skeptics have spit bullets over.

The video also shows different Tesla insiders, such as our friend Ben Sullins of Teslanomics and Tesla owner parody fame, getting behind the wheel of the Model 3.

Tesla Senior Design Executive Franz von Holzhausen was also spotted talking to the crowd about the forthcoming Tesla Semi, which is set to be released in a month’s time.

“A lot of people don’t think you can do a heavy duty long-range truck that is electric. But, we are confident that this can be done,” Musk said previously.

The confidence Musk has in the Semi is reflective of the confidence him and production directors such as Hochholdinger have in their staff.

“We’re going to change the world, and the beginning is today,” Hochholdinger says.