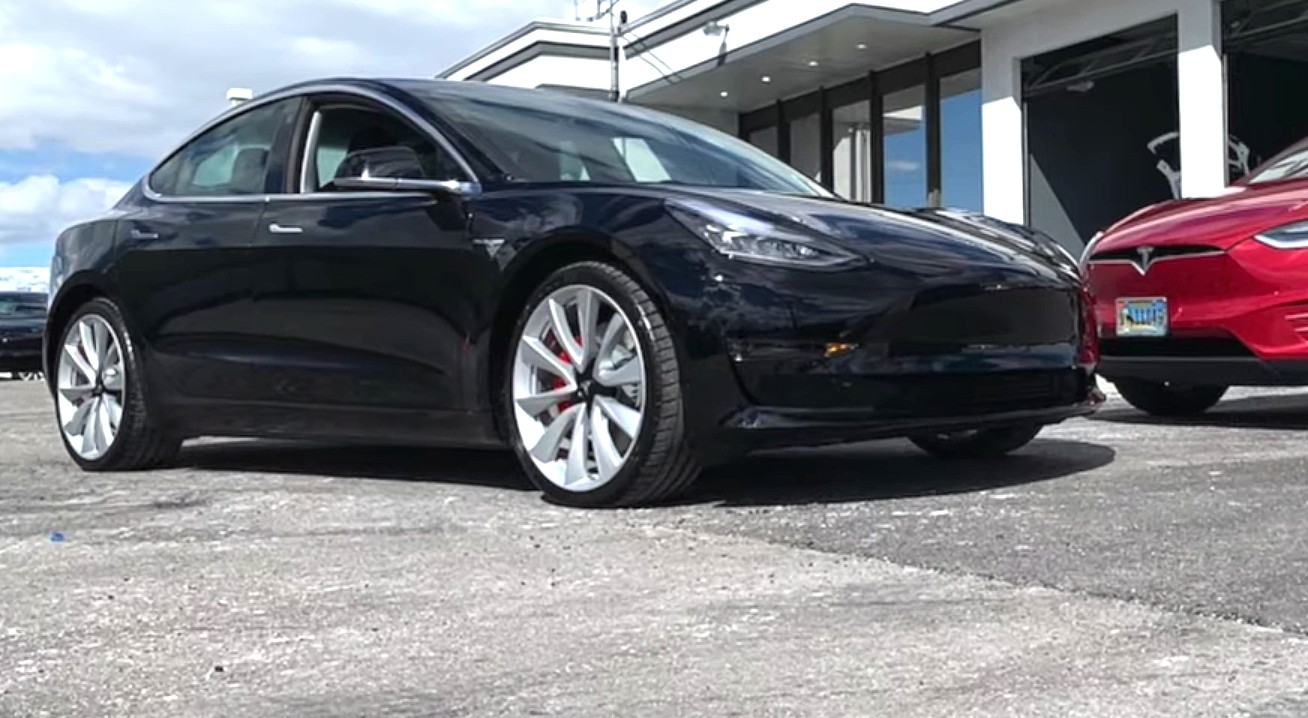 The Tesla Model 3 could be considered as the electric car maker’s endurance champion in its current lineup. Not quite as quick as a Model S or Model X Performance in Ludicrous Plus Mode but capable of being driven hard for extended periods in a racetrack, the Model 3 Performance is a vehicle that has charmed even the staunchest gearheads of motoring media. Top Gear host Chris Harris, for one, described the Model 3 Performance as an “AK-47 disguised as a butter knife” during his review of the vehicle, which he found to be too plain in design compared to comparable ICE cars like the BMW M3. It should be noted that after his review, Harris noted on Twitter that he will be buying a Model 3 Performance for himself soon.

The Model 3’s endurance, both on the track and the highway, has been tested and proven by professionals and enthusiasts alike. Tesla and electric vehicle veteran Bjorn Nyland tested the Model 3 in the Autobahn last June, going flat at full speed in an attempt to overheat the car. He failed. The same is true for other reviewers such as Harris, who pitted the Model 3 Performance against the BMW M3-beating Alfa Romeo Giulia Quadrifoglio in a time attack battle. True to Elon Musk’s statements on Twitter, the Model 3 Performance, thanks to its instant torque that allows the vehicle to launch from 0-60 mph in 3.2 seconds, soundly beat the Giulia Q4 in a closed circuit.

Last week, Porsche made headlines when the company allowed Fifth Gear and Fully Charged host Jonny Smith to take one of its Taycan Turbo pre-production vehicles for a launch mode repeatability test. Conducted on an empty airfield, the test involved the EV veteran launching the Taycan Turbo at max power 26 times with no power throttling. The exhibition was impressive, and it invoked just how much work Porsche has put into the Taycan and its development. The Taycan’s feat also brought comparisons to Tesla’s Model S P100D, which was quicker off the line with its 0-60 mph time of 2.4 seconds, but is prone to limiting its power after multiple max power launches.

After watching the Taycan’s demonstration, Tesla owner Patrick Lawson opted to see if his vehicle, a Tesla Model 3 Performance, could accomplish multiple max power launches without losing power as well. Accompanied by his son, Lawson headed to a (mostly) empty stretch of road to test the endurance of his Model 3. In a message to Teslarati, the Tesla owner noted that with Track Mode on, he figured that his vehicle should be able to perform comparably to the Taycan.

By the 10th 0-60 mph test, Lawson noted that he was already feeling the effects of the Model 3’s multiple hard launches. The father and son duo continued over the next 30 minutes, hitting 31 consecutive launches in the Model 3. At that point, Lawson noted that his son was probably good for about 10 more launches, but that was about all he could handle. Interestingly, the Model 3 Performance, just like the Porsche Taycan Turbo, did not throttle its power at all. The 31st launch registered a 0-60 mph time of 3.11 seconds, which is in the same territory as the Taycan Turbo.

Granted, Lawson’s test did not involve the same parameters as Fully Charged’s test of Porsche’s all-electric car. The Taycan Turbo, for one, performed 26 runs that topped up at speeds of 200 kph (124 mph), while Lawson’s Model 3 Performance test only involved 31 0-60/0-70 mph runs. Nevertheless, it should be noted that the Tesla owner’s tests were conducted on a public road in the United States, which usually have speed limits of around 60-70 mph.

The Tesla Model 3 could be considered, in more ways than one, as a Trojan Horse of sorts. While the vehicle is considered as the “cheaper” Tesla (and this is accurate, of course), and while the vehicle experienced a notable period of anti-selling by the company, the electric car has been showing signs that there is more to it than meets the eye. With track capability and a price point that is notably more affordable than other premium EVs in the market, the Model 3 will likely be the vehicle that ultimately brings electric cars into the mainstream.

Watch Partick Lawson and his son’s Tesla Model 3 Performance 31-launch endurance test in the video below.