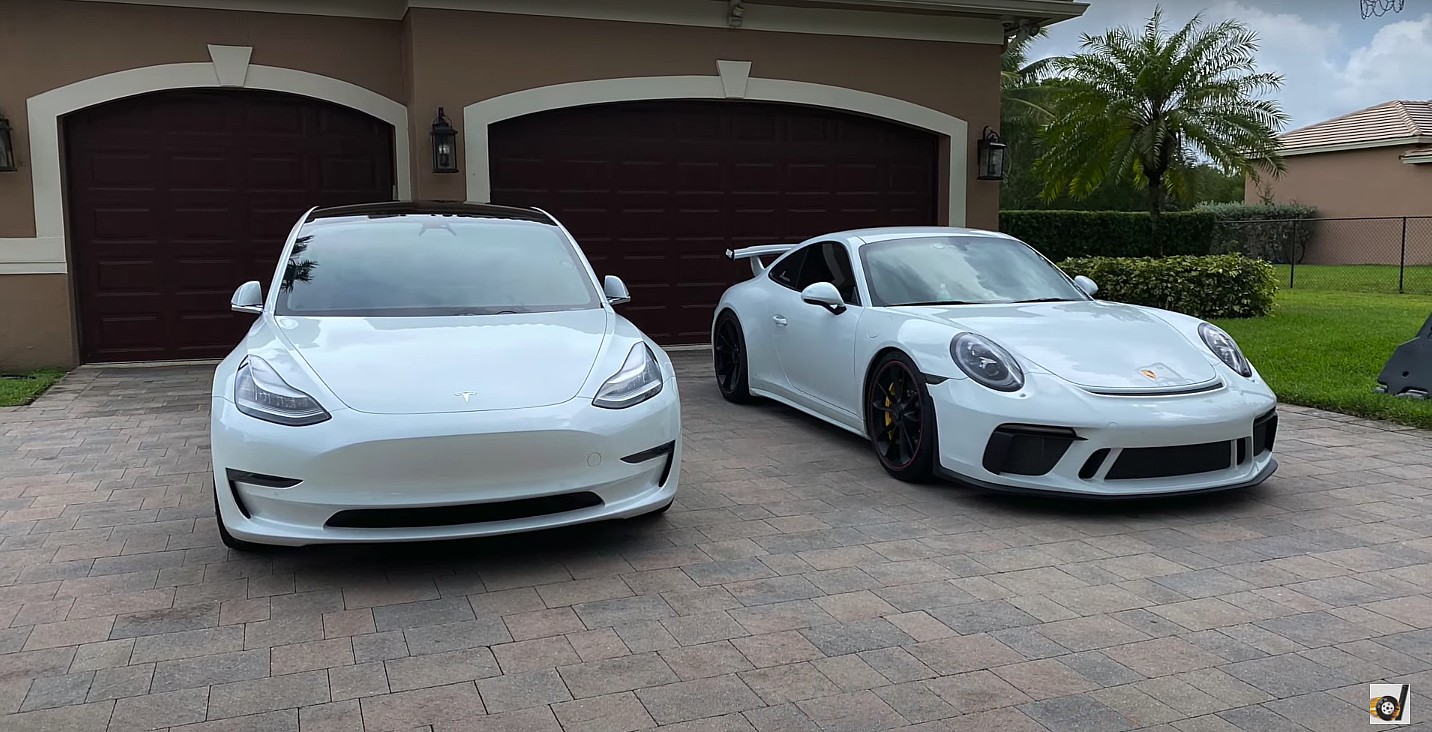 There are many cars out there that have the potential to be monsters in an Autocross course. Porsche’s 911 series, is one of them. That being said, unlocking the full potential of the 911 requires a driver that is experienced and skilled. Otherwise, even the mighty $185,000 Porsche 911 GT3 would end up being humbled by the $58,000 Tesla Model 3 Performance.

This exact concept was depicted in a recent video from Brooks Weisblat of YouTube’s DragTimes channel. In a recent upload, Weisblat opted to pit a Porsche 911 GT3 against a Tesla Model 3 Performance in an Autocross course. Looking at the specs and prices of the two vehicles, it seems like the Autocross course should be a shoe-in for the GT3. After all, the 911 embodies the best that Porsche can offer, and the GT3 is certainly a beast of a car.

The Porsche 911 GT3 is equipped with a 4.0-liter boxer engine that makes 500 hp/339 lb-ft of torque. The vehicle is also very maneuverable, thanks to its Rear Wheel Drive configuration and 7-speed transmission. At 3,153 lbs, the GT3 is quite light, giving it the potential to fly by corners and handle the toughest Autocross tracks with ease.

In comparison, the Tesla Model 3 Performance is far humbler on paper. The top-tier Model 3 boasts 473 hp from its two electric motors, and with the vehicle’s instant torque, the all-electric sedan can blitz from 0-60 mph in 3.2 seconds. During the Autocross run, the Model 3 had 89% battery, though some viewers of Weisblat’s video noted that the all-electric sedan does not seem to be in Track Mode.

The two vehicles completed the Autocross track three times, and in each round, the Model 3 ended up beating the time of the 911 GT3. In its first lap, the Porsche completed the track in 68.4 seconds. The second lap was faster at 58.0 seconds, and the third was even better at 57.0 seconds. In comparison, the Tesla started with an initial lap time of 56.6 seconds, followed by 56.0 seconds, and lastly, 55.1 seconds.

Of course, a huge reason behind these results lies in the fact that the Model 3 was driven by a more experienced driver. But even in a strict comparison of the two vehicles’ best laps in the track, the 911 GT3 was only able to beat the Model 3 Performance by 0.38 seconds. That’s not bad at all for the Model 3, considering that it’s less than a third of the price of the 911 GT3.