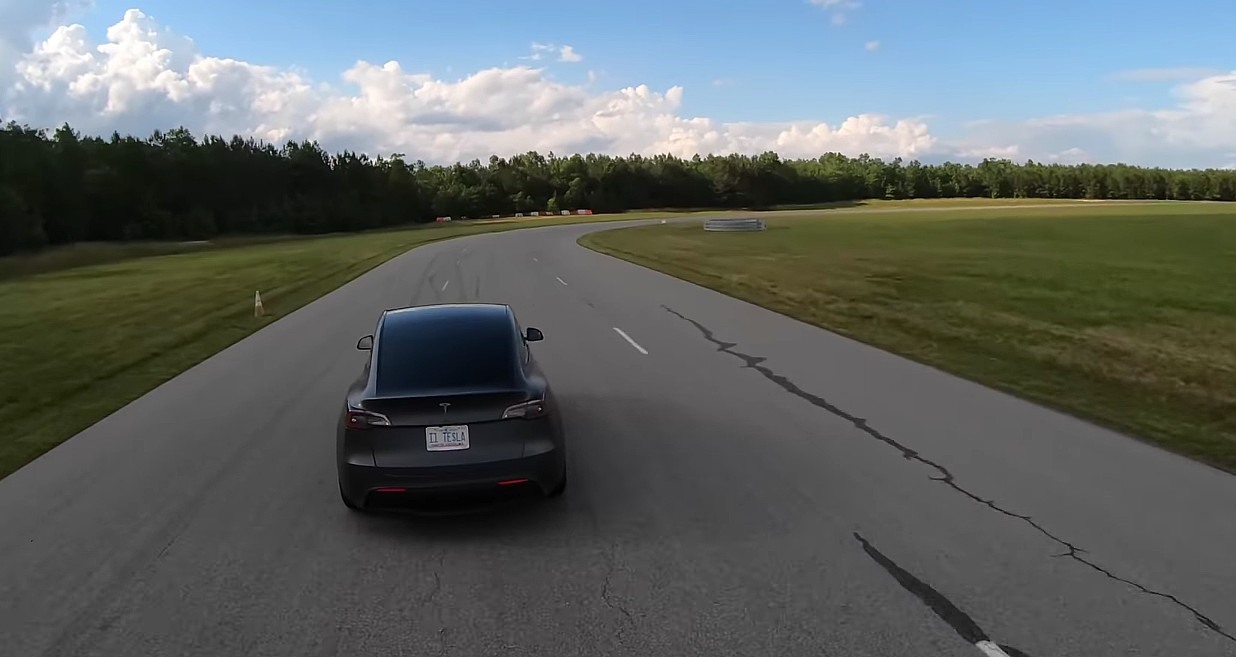 The Tesla Model Y has been dubbed by multiple reviewers as a legitimate canyon carver. Despite the crossover not having a dedicated Track Mode yet, the Model Y has showcased its handling chops on the closed circuit, and it is impressive.

The Model Y’s capabilities on the track are, of course, highly dependent on its driver. A novice would likely traverse a track with the grace of a hippopotamus, but an experienced driver would likely take on the track with much finesse. But the Model Y is a Tesla, and Teslas are known for their capability to handling some of their driving on their own, at least to some degree.

Thus, for Tesla owner-enthusiast Brian Jenkins of the i1Tesla YouTube channel, it only makes sense to try out the Model Y’s track capabilities—on Autopilot. Racetracks may not have the lane lines that Autopilot depend on, but the driver-assist system, at least in theory, should be able to handle the twists and turns of a racetrack without much issue.

Together with fellow Tesla enthusiast Out of Spec Motoring, the i1Tesla host and a few of their friends opted to test if Autopilot would be able to complete laps in a track. The group opted to set Autopilot’s speed to its maximum, which should provide the crossover with some decent speed.

As could be seen in the footage of the Model Y’s run, Autopilot can maintain high speeds during the track’s straight sections despite the absence of lane lines. Curves were a bit trickier as the vehicle would slow down significantly. Jenkins later noted that ultimately, Autopilot was able to handle the track except for one extremely tight section that involved a nearly 180-degree turn.

It should be noted that the Model Y’s Autopilot track test is just done in the name of fun, and is not in any way meant to be anything serious. Nevertheless, the idea of an Autopilot-driven hot lap is not a bad idea at all. It would be interesting, for example, to see how a Plaid Model S handles a technical course using a version of Autopilot or Full Self-Driving that’s maximized for speed. Perhaps something of this sort would be coming in the future? One can certainly hope.