Teslarati has obtained a rare photo shot in black and white of a Tesla Model 3 on the Fremont factory production line. The Model 3 is seen with a handwritten timestamp of “9-26” on a portion of the bumper below the front trunk, which suggests that the vehicle was produced just days ago.

Also seen in the newest set of photos from inside the Tesla factory is a Model 3 door taken from a vehicle that was used for crash test purposes. A gutted red Model 3 door is reportedly inside a “learning center” at the Fremont factory. A Kuka robot is seen grasping presumably another Model 3 door and being “trained”. 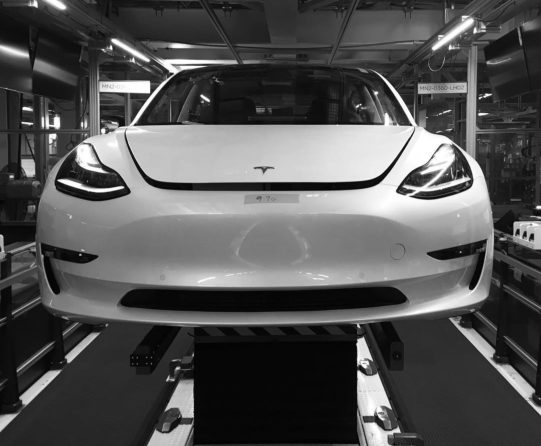 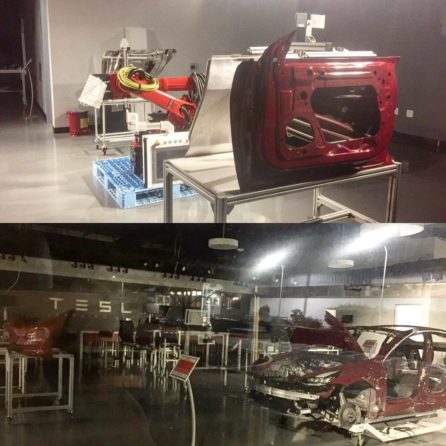 As Tesla readies to deliver its Q3 2017 Production and Deliveries report to investors, the Silicon Valley-based electric carmaker has remained relatively silent on all topics related to Model 3. As of now, we know that Tesla aims to produce 1,500 Model 3 units in September, before ramping up to 20,000 units in December.

It’s not clear if Tesla is on track to meet these numbers, but an inside source tells Teslarati that Model 3 production is ahead of forecasts and early reservation holders will soon receive an email invitation to configure their Model 3.

The original source for the photos has been withheld.