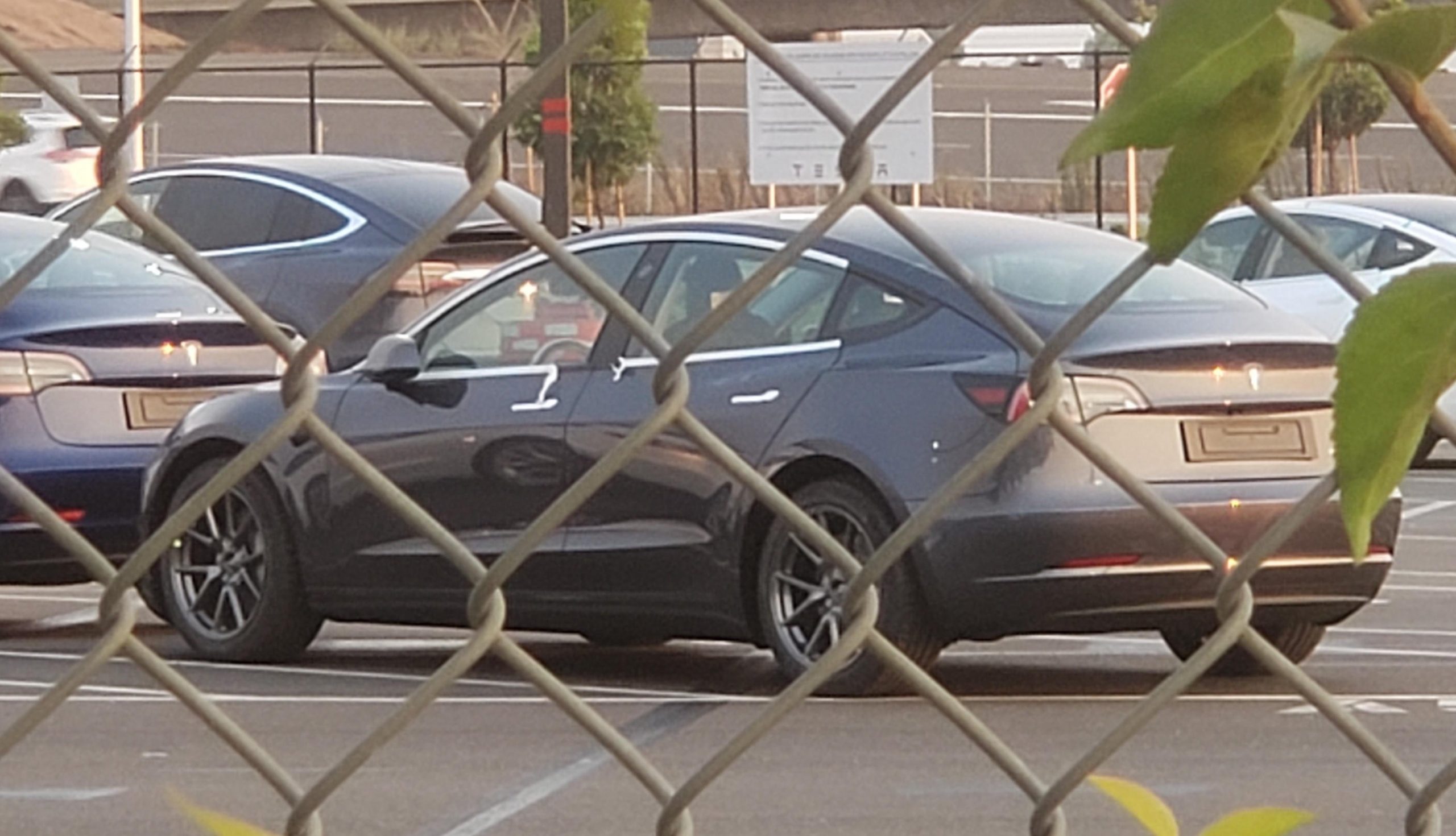 Images recently taken at Tesla’s Fremont Factory have shown what appears to be “refreshed” Model 3s fresh off the production line. Just as noted in recent reports, the vehicles do appear to feature chrome-deleted accents and a number of other changes that make them even more similar to their larger sibling, the Model Y crossover.

Last month, reports from Gigafactory Shanghai emerged stating that the Made-in-China Model 3 is poised to receive some updates, including a new steering wheel, a “2.0” version of the vehicle’s center console, a powered trunk, chrome deleted accents, an octovalve, and a double-layer glass for improved noise isolation. The majority of these upgrades were reiterated by EV news blog Electrek, which recently reported that the updated Model 3s are now being produced at the Fremont factory.

It did not take long before members of the Tesla community started sharing photographs of the newly-built Model 3s. In a series of posts, Tesla owner-enthusiast @WholeMarsBlog uploaded images taken from Fremont’s lot, which happen to be filled with numerous vehicles. A closer look at the Model 3s in the lot provided a glimpse at the “refreshed” Model 3’s new center console, which reportedly no longer features its initial piano black finish.

Interestingly enough, several members of the Tesla community observed that the screen of the new Model 3s seemed to be a bit different. Some noted that the placement seems a bit higher, while others speculated that the bezels of the display seemed slightly smaller. Also noteworthy is that some of the vehicles that sighted in the Fremont Factory featured an EU-spec rear license plate mount, suggesting that some of the vehicles are poised to be shipped abroad.

The improvements that are reportedly part of the Model 3 “refresh” proves once more that Tesla is a company that is set on providing its customers with the best product available at the time of their purchase. Unlike other carmakers, which tend to roll out even minor improvements such as a better infotainment system on the following year’s models, Tesla upgrades its vehicles as soon as the updates are ready for mass rollout. This is true even if the improvements are hardware-related.

The improvements to the Model 3 have been rumored for some time now, especially considering that its sibling, the Model Y, features numerous new innovations such as a heat pump and the octovalve. Considering that the two vehicles are designed to share about 75% of their parts, it seemed that it was only a matter of time before the Model 3 received its Model Y-inspired improvements. This time appears to be now.