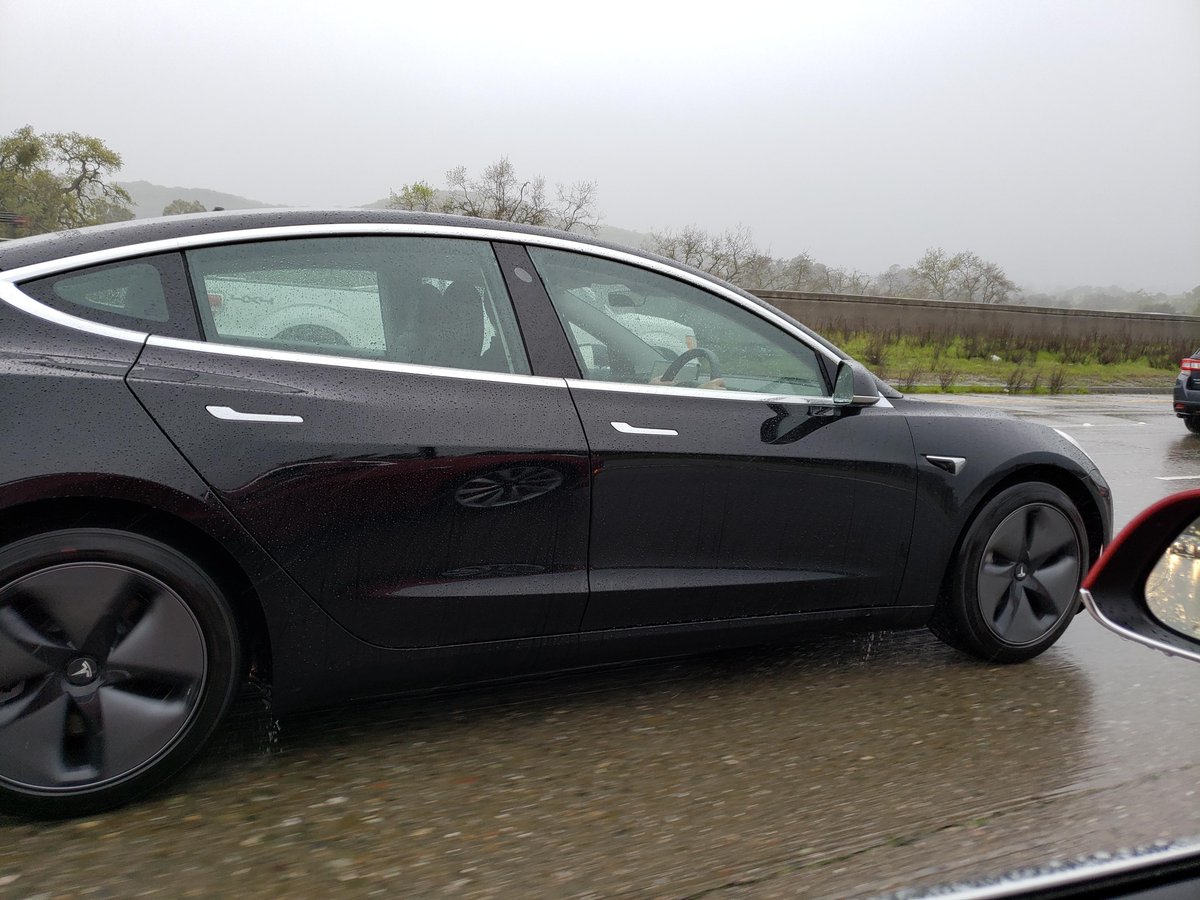 A right-hand-drive variant of the Tesla Model 3 has been spotted recently in California. In a photo shared on Reddit by user u/Mr_Salty_Peanuts, a black test version of the midsize sedan is seen driving on I-280 with dealer plates. The production timeline for the vehicle set forth by CEO Elon Musk aligns well with the sighting, as mid-2019 has been the predicted timeframe for the RHD variant’s release on several occasions.

The sighting of the RHD Model 3 is good news, particularly for reservation holders in the UK in close proximity to locations covered by Tesla’s current European sales ramp, which only cover left-hand drive territories. The California-based electric car maker has been preparing itself for a massive influx of orders for the Model 3 Standard Range after introducing the $35,000 vehicle earlier than expected. Elon Musk has estimated a September 2018 time frame for its availability in Europe.

Tesla’s online configurators generally open a few months prior to deliveries, meaning if the all-electric car maker’s predictions are correct, customers in RHD locations like the UK, Australia, and Hong Kong will soon have an opportunity to design their vehicles. Musk has previously acknowledged the patience exerted by Tesla’s UK customers, even suggesting a used Model S as an alternative in the meantime.

“Probably mid next year before we are able to make RHD. Wish it could be sooner. Maybe try a Model S, used or new in the meantime? Used S is better than a new 3 imo, unless you want a smaller car,” Musk stated on Twitter in response to a question about Tesla’s Model 3 UK roadmap.

An earlier hint that Tesla was making progress on the RHD Model 3 variant was spotted via VIN registrations indicating two of the cars had been manufactured, according to a database maintained by a VIN tracker. The 5th character of the two Model 3 were listed with an “F,” hinting at the cars’ RHD setup (the fifth character of a VIN corresponds to a car’s Body Type and Gross Vehicle Weight Rating).

The Model 3 was designed with multiple driving configurations in mind and, thanks to its symmetrical nature, minimal retooling and engineering for right-hand-drive will be required, according to Musk. Combined with Tesla’s more streamlined Model 3 manufacturing process, the build up to production levels for the UK, Australia, and other RHD countries will likely come with much fewer delays than other variants have experienced. Tesla will also have a fair amount of delivery logistics experience under its belt once the first RHD cars are ready for their customers internationally.