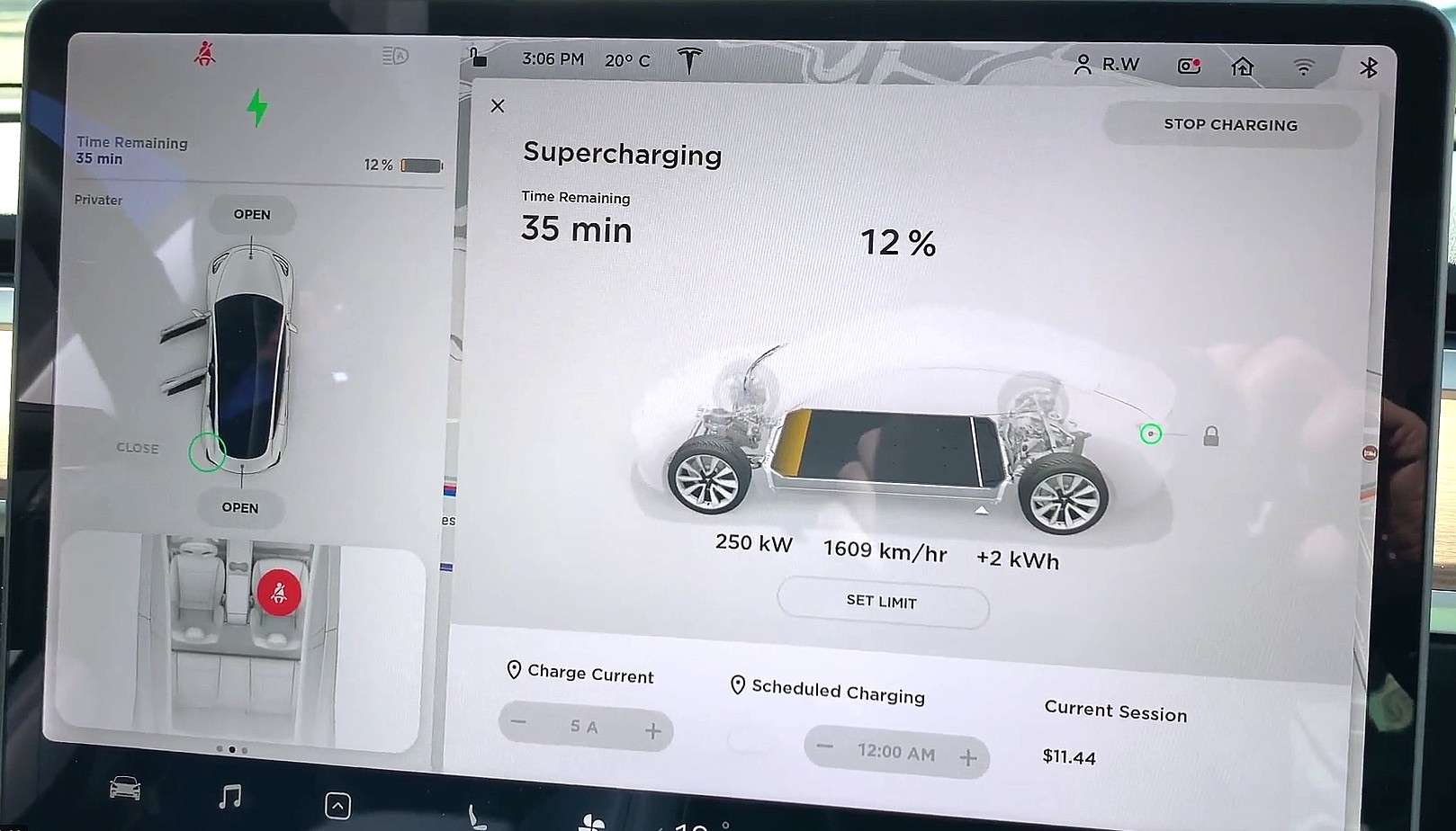 A Model 3 owner recently shared some insights about the behavior of Tesla’s Supercharger V3 following a full charging session. According to the Tesla owner, the company’s new charging solution was able to charge his vehicle from 9% to 90% in just 35 minutes.

The Tesla community member noted that Supercharger V3 immediately showed a charge rate of 255 kW as soon as the Model 3 was plugged in. This rate stayed on for around 15% before the charge rate started to normalize at around 177 kW. With this setup, the Model 3 was able to go from 9% of charge to 23% in just 4 minutes.

The Model 3 owner summarized how Supercharger V3 recharged his vehicle (credit to u/privaterbok of the r/TeslaMotors subreddit).

It should be noted that Tesla’s Supercharger V3 is still largely in its trial phase today. Thus, the company is still bound to make improvements to the infrastructure in the near future. By the time the mass rollout of Supercharger V3 stations begins, there is a good chance that the charge rates reflected in the Model 3 owners’ recent session will be improved.

The electric car maker’s breakthroughs with Supercharger V3 are not the only good news for Tesla owners either, as the company has also begun unlocking 145 kW charge rates for its Supercharger V2 stations. With these improvements, even Tesla’s older vehicles that are not supported by V3 stations could enjoy faster charging times in the more than 12,000 existing Supercharger V2 locations today.

With a power output of 250 kW, the new charging stations are expected to charge at rates of up to 1,000 miles per hour. Unlike V2 stations, Tesla’s new chargers are immune to power sharing, which means that every electric vehicle charging at V3 stations are guaranteed to receive an output of 250 kW, even if another Tesla is charging in an adjacent stall. With these improvements, Tesla expects electric car owners to reduce the time they spend in Superchargers by up to 50%.