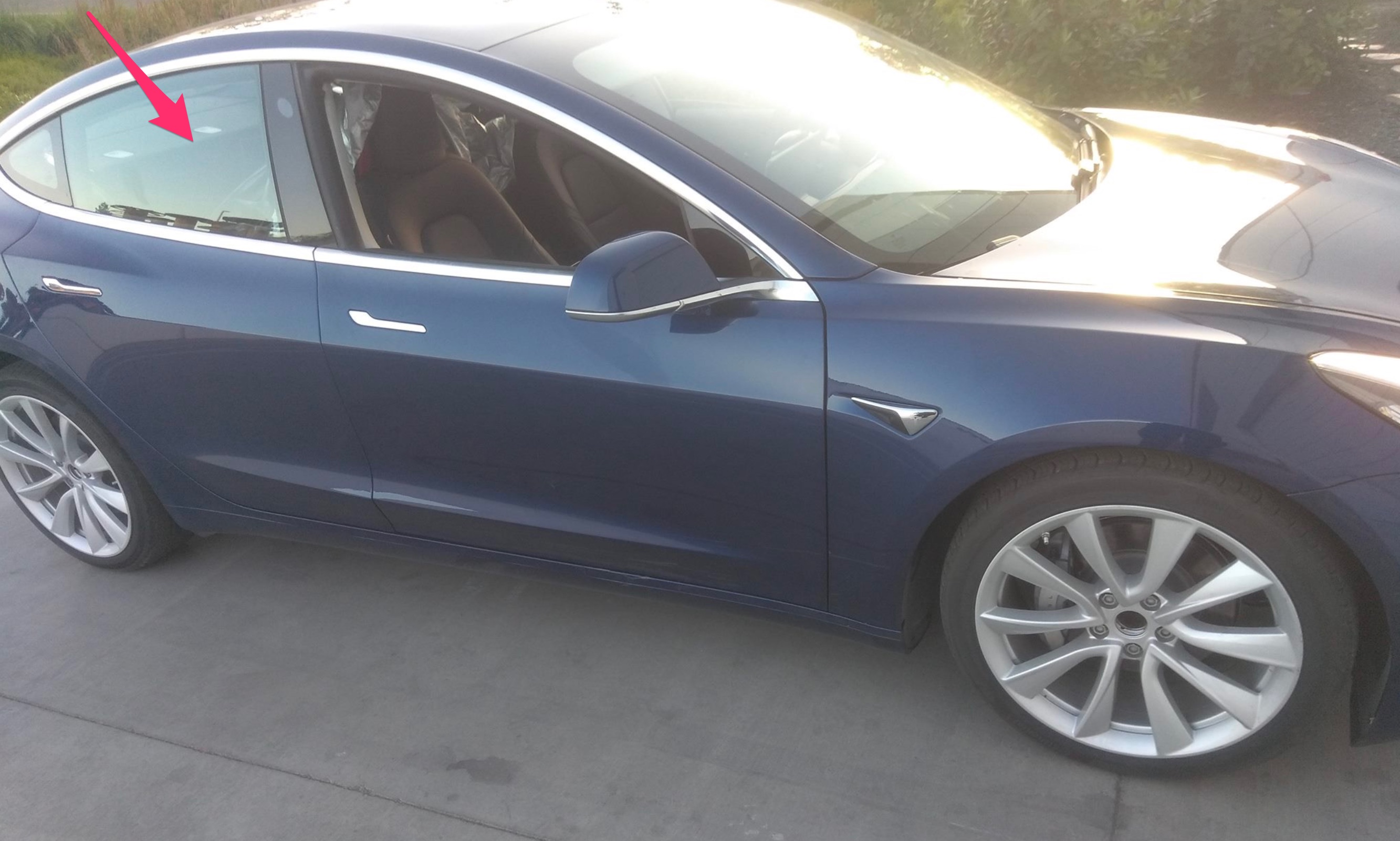 A new set of Tesla Model 3 images made its way into Imgur today via the Tesla subreddit, this time giving us a glimpse at Model 3’s folding rear seats. Photos of the gorgeous blue Model 3 were reportedly taken from Tesla’s Fremont Warehouse located off of Kato Road and 1.5 mi (2.5 km) from the company’s main factory in Fremont, California.

Looking at the photos, one can make out what appears to be a 60/40 split fold-down rear seat configuration similar to what’s found in the Model S and Model X. Two latches can be identified on the vehicle’s rear deck which is presumably used for the rear seats. 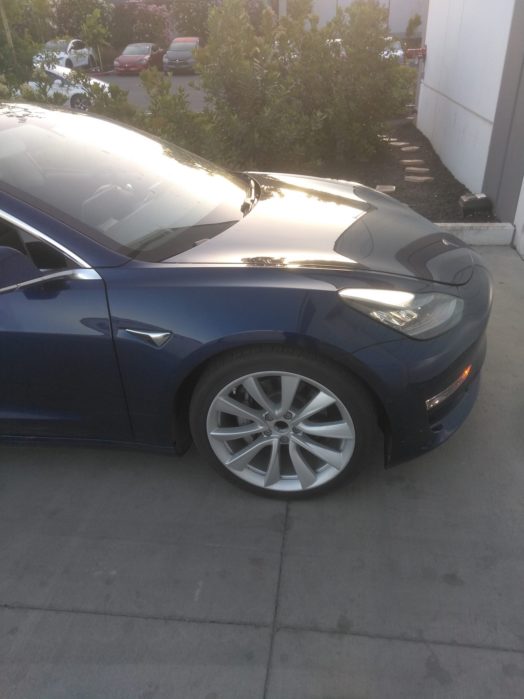 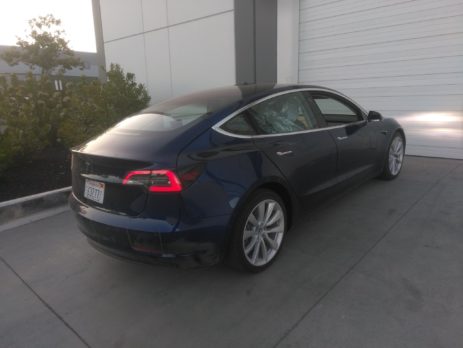 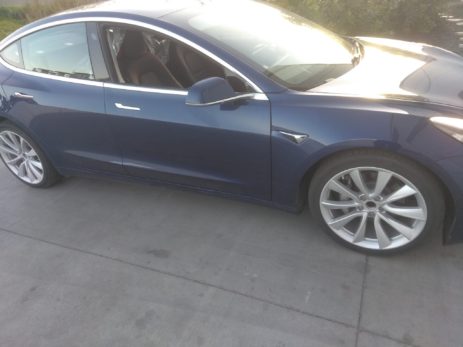 Tesla recently revealed through a side-by-side Model 3 vs. Model S comparison sheet that its upcoming mass market electric sedan will have 14 cubic feet of cargo space, or less than half the size of the cavernous Model S cargo space that’s capable of storing a full-sized bike.

Only a month away from Tesla’s anticipated first deliveries of Model 3, it comes with near certainty that we’re also seeing the final design of the Model 3 trunk in the newly published photos. Tesla notes in its comparison sheet that Model 3 will have a manual trunk compared to the power lift gate that’s available on the Model S.

Tesla CEO Elon Musk is set to debut the first production Model 3 in July at an invite-only launch event. Model 3 early reservation holders looking to purchase a single motor rear wheel drive vehicle will initially be given the option to choose from paint color and wheel size. The company is expected to launch a dual motor Model 3 variant sometime in early 2018.