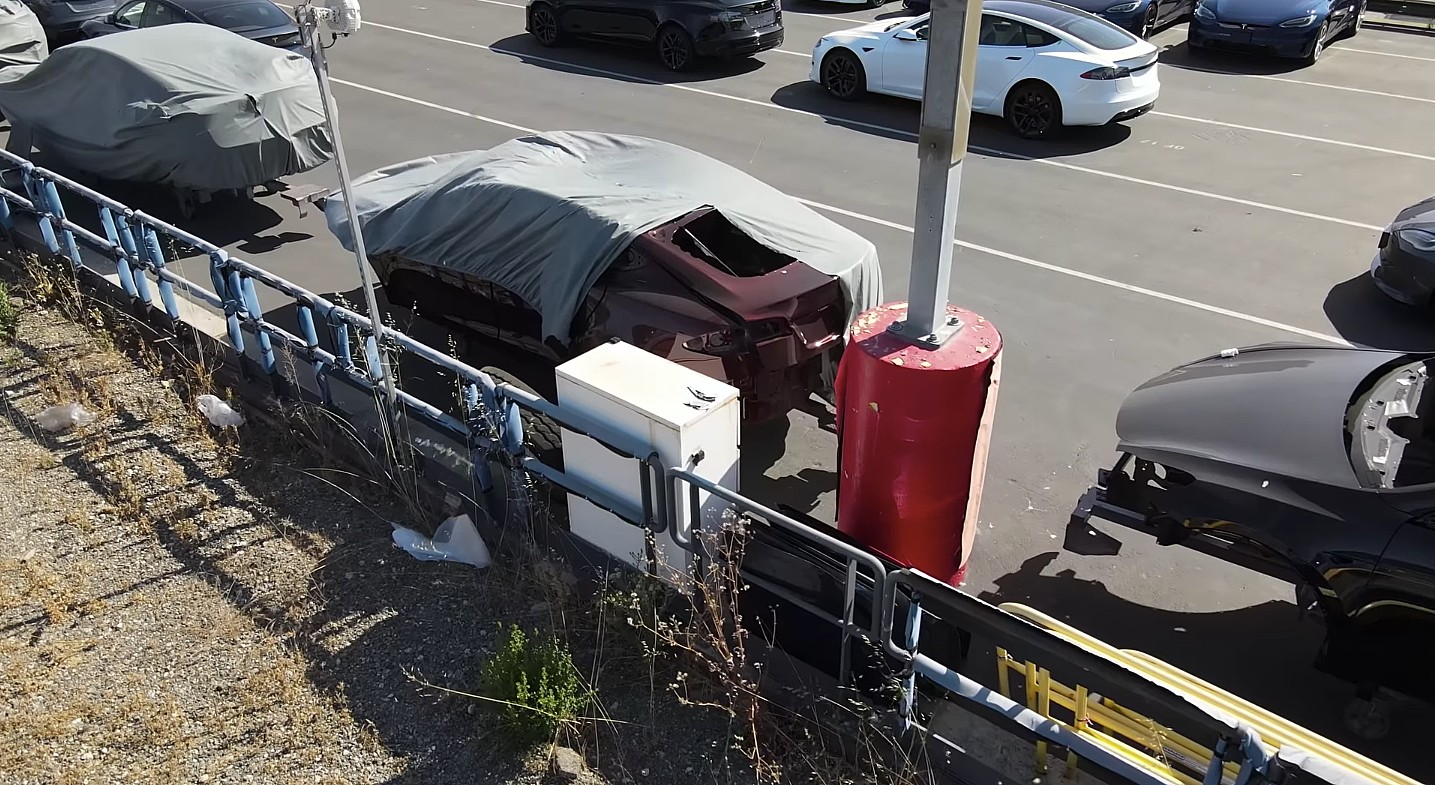 Last July, Elon Musk remarked that he is particularly fond of a new paint color that would be offered for vehicles produced in Gigafactory Berlin. Dubbed as “Deep Crimson,” the rather cryptic shade was later sighted in a Model S that the CEO drove to SpaceX’s headquarters in Hawthorne, California.

Deep Crimson paint is not offered by Tesla today, with the company’s current lineup of vehicles adopting a rather limited set of color options. That being said, a recent drone flyover of the Fremont Factory has hinted that Tesla may already be looking to produce more vehicles that are finished in Musk’s favorite shade.

In a recent flyover, drone operator Tesla Fremont Flyover captured some footage of a partially covered Model S frame. But unlike other partially-assembled vehicles around it, the Model S in question was finished in a color that seemed practically identical to the Deep Crimson paint featured in Elon Musk’s Model S from last year.

Tesla’s upcoming paint options, which Musk states will be quite stunning on their own, are expected to be launched at Gigafactory Berlin. The CEO noted that the paint shops of Gigafactory Shanghai and the Fremont factory would also be upgraded to allow the facility to support the company’s new, advanced paint shop, but such changes would likely take time as it’s difficult to retrofit a facility that’s already in operation.

Considering the ongoing challenges with the permitting process at Gigafactory Berlin, however, Tesla may be looking to launch its next-generation paint shop at Gigafactory Texas instead. Giga Texas will also be launching with the Model Y, after all, and it is also being fitted with the most advanced machines that the company currently uses. These likely include an upgraded paint shop that’s capable of producing unique shades like Deep Crimson.

Tesla has not always maintained a conservative paint lineup. While the company only offers five color options today, there was a time when Tesla offered a far more expansive paint selection for its vehicles. During the days of the original Tesla Roadster, Tesla offered a whopping 13 different colors, including Racing Green and Very Orange, which made the small, powerful, all-electric sports car stand out. Even the Model S was initially launched with some unique colors, with the sedan’s first iterations being offered with Green Metallic, Brown Metallic, and Signature Red paint.

Watch the sighting of the apparent Deep Crimson Model S in the video below.