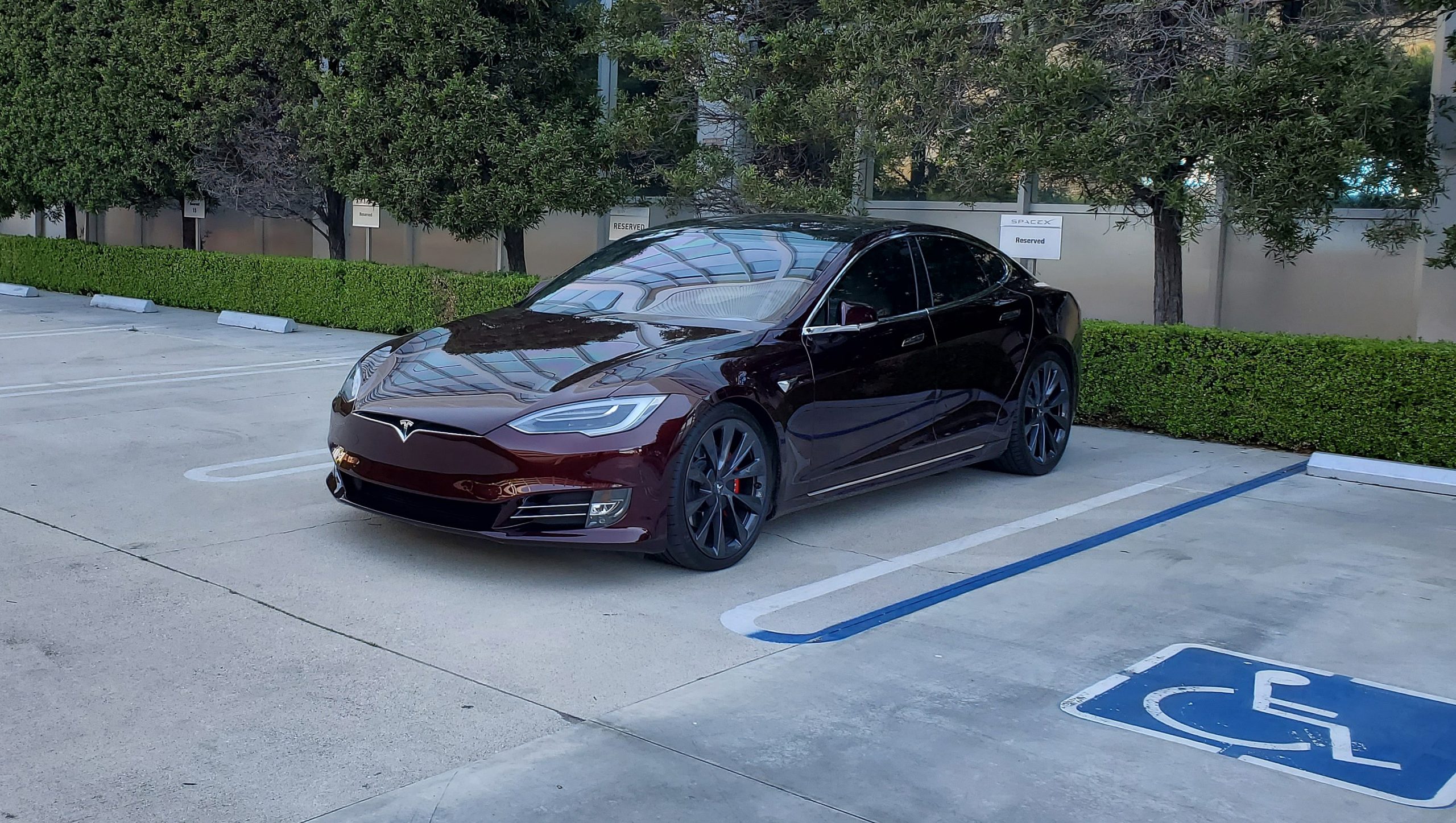 In recent interactions on Twitter, Tesla CEO Elon Musk mentioned that he is particularly excited about a new paint option called “deep crimson,” which would be offered on vehicles that are produced in Gigafactory Berlin. A recent photo taken of a Model S at the SpaceX headquarters in Hawthorne, California, may have just revealed what the mysterious shade could look like.

Tesla owner Ryan McCaffrey, who also hosts the Ride the Lightning Podcast, was recently given a rather interesting set of photos by one of his listeners. The images were quite unique since they feature a Model S painted in a shade that’s currently unavailable in Tesla’s current configurator. The paint itself is close to red, and it’s very reminiscent of the “crimson” shade used by other automakers.

@elonmusk Is this the "deep crimson" Tesla paint color you were talking about loving recently that's planned for Giga Berlin? (I think this is your personal car given who sent me this photo).

*Photo used with permission by the person who took it, a podcast listener of mine pic.twitter.com/DRacSxET1J

What’s even more interesting is that the Model S was parked at a reserved spot in the SpaceX headquarters. In a conversation with Teslarati, the Ride the Lightning host remarked that his listener is quite sure that the vehicle is actually painted and not just wrapped. There is also strong speculation that the Model S is currently being used by none other than CEO Elon Musk himself.

Elon Musk has stated that Gigafactory Berlin will have a next generation paint shop that would allow the company to offer new, unique shades to customers. Musk was quite optimistic about Giga Berlin’s paint shop, stating that vehicles from the plant will have “more layers of stunning colors that subtly change with curvature.” Additionally, Musk further stated that such upgrades will be rolled out to vehicles manufactured in Fremont and Gigafactory Shanghai as well. 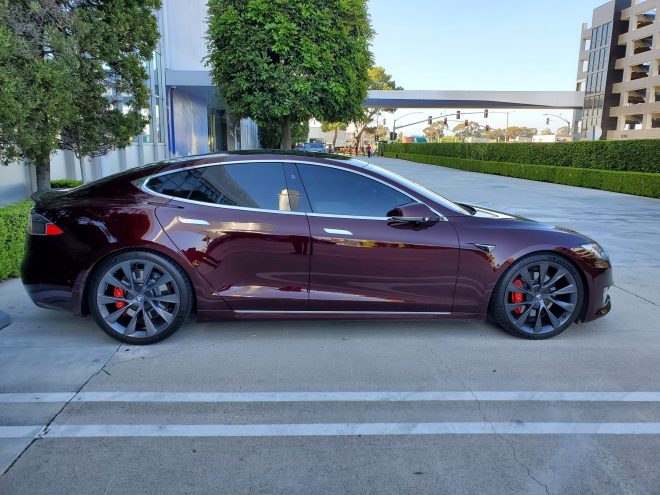 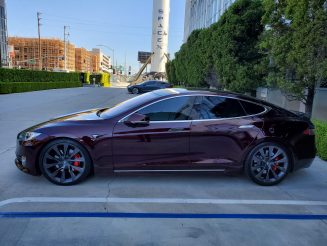 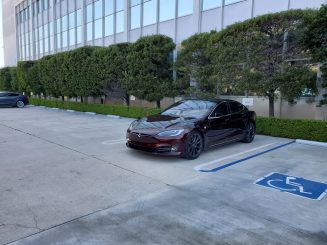 Tesla may only offer a handful of paint options today, but there was a time when the company was quite generous with its cars’ paint choices. The original Tesla Roadster, for example, had a whopping 13 different colors, and they included cool, playful ones like Racing Green, Brilliant Yellow, Very Orange, Twilight Blue, and Electric Blue. These colors help the original Roadsters stand out today, even when they are beside their newer, more futuristic siblings.

The Model S started off with some unique colors as well, such as Signature Red, Green Metallic, and Brown Metallic. Overall, it is quite exciting to see Tesla expanding its paint options at this point. The company, after all, is already sailing on calmer waters with four profitable quarters. Its mass market vehicles, the Model 3 and the Model Y, are also gaining ground. With new paint options, Tesla could add more dimensions to its vehicle lineup, making them even more attractive to mainstream consumers.