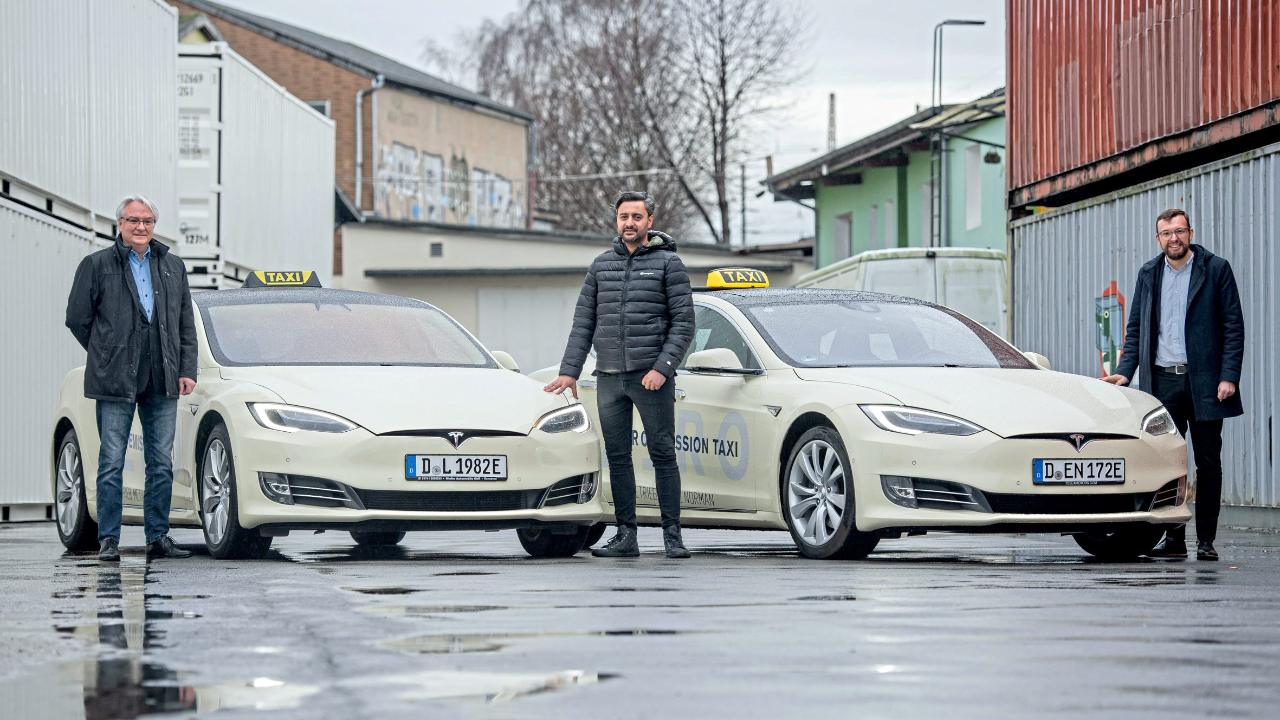 While the company spent 105,000 euros for each of the Model S taxis and 45,000 euros each for the Tesla Model 3 units, the German operator began the switch to a green fleet not only to be more environment-friendly but to boost profits as well. With the support of the local government, Taxi Norman will only spend around 35 euros ($38) to charge each Tesla taxi a month compared to 750 euros ($830) of fuel per month for each of its diesel units. Overall, it can save the company around 36,000 euros (around $39,000) when the fuel expenditure of internal combustion taxis is compared to the cost of charging the same number of electric vehicles.

Aside from saving on fuel expenses, Taxi Norman will also save its bank account from maintenance costs.  “The cars are also much easier to care for. An old car costs us 6,000 euros ($6,600) a year. The expenses are now gone. We also save on fuel costs through cheaper electricity, ” said Managing Director Erol Norman.

Likewise, customers welcome the development. “Anyway, my drivers are totally satisfied. Customers are so enthusiastic about the driving experience in the electric car that they give higher tips. One received a tip of ten euros for a trip that cost seven euros,”  Norman added.

The investment in a greener taxi fleet is highly appreciated by the local government. Local Council member and Chairman of the Environment Committee Philipp Tacer promised to initiate taxi regulations that will further benefit the likes of Taxi Norman that invests in electric taxis. The local government plans to build taxi stops that will be exclusive for electric taxis

Taxi Norman operates a fleet of 150 vehicles in Dusseldorf and plans to complete the switch to electric taxis by 2023.

Looking at the overall picture, Germany has an ambitious goal of cutting its greenhouse gas emissions by 40 percent compared to the 1990 levels come 2020 and one of its core strategies is to increase the share of renewable energies in total energy consumption. One crucial step in this strategy is to raise its renewable energy use in the transport sector.

While Germany delayed its goal of having one million electric vehicles on the road by 2020, the government shows great support for those who want to purchase EVs. Under a new agreement between the government and the car industry, Germany increased the subsidies for cars costing around $44,500 to around $6,700 from around $4,500. Incentives for pricier electric cars were also increased by 25%, however, EVs over 60,000 euros are not supported by the said program.