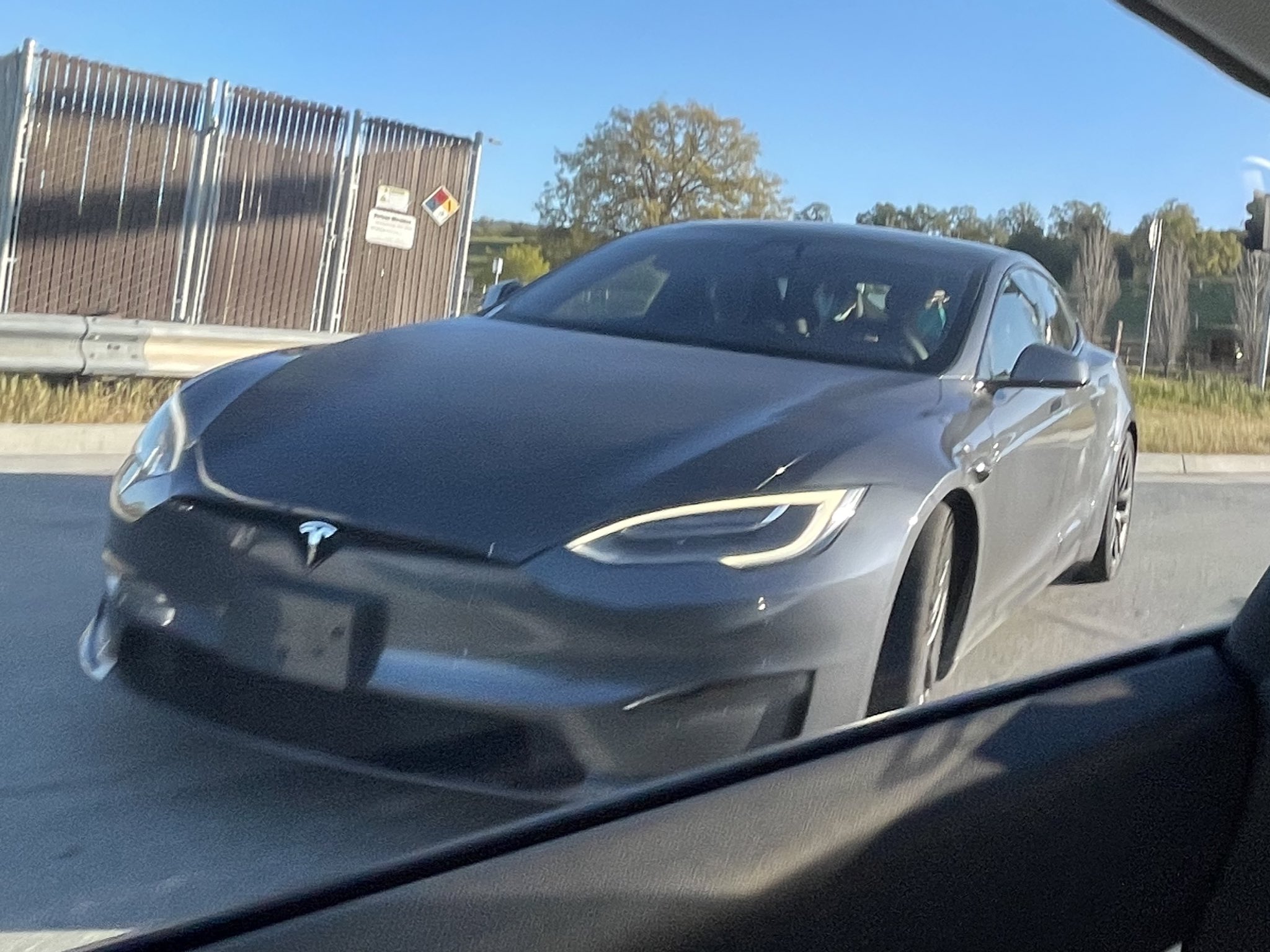 In what is becoming a more frequent occasion, the Tesla Model S Plaid was spotted near the Fremont Factory on Friday. Sporting a Yoke Steering wheel and a Plaid badge on the rear bumper, Tesla’s new variant of the Model S sedan is sure to be making its way to customers shortly.

The Model S Plaid was spotted near the Tesla Fremont production plant on Friday evening by Model 3 owner and Tesla enthusiast @BLKMDL3. The Fremont production plant has been one of the most frequent sighting spots for the Model S Refresh, unveiled by Tesla officially in late January in the Q4 2020 Earnings Call Update Letter. Although Teslarati and the Kilowatts first spotted the Model S Refresh at the Fremont Test Track well before the Earnings Call, Tesla dropped several significant updates regarding the vehicle’s interior design.

One of the most notable was the Yoke Steering Wheel, an addition that came as a shock to many Tesla fans. While it has been rumored, but not confirmed, that the Yoke Steering Wheel will be reserved for the Plaid and Plaid+ variants of the Model S and Model X, it remained unclear for several weeks whether Tesla would have the ability to include the Supercar-style steering column within its interior. The National Highway Traffic Safety Administration, or NHTSA, has told Teslarati recently that the Yoke steering wheel was “under review” and that Tesla was in communication with the government agency regarding the wheel’s inclusion with the vehicle.

@BLKMDL3’s photographs of the Model S confirm one thing that was evident upon initial sightings of the Refreshed sedan from Tesla: the exterior of the vehicle is wide, robust, and perfect for an improved driving experience that features updates to aerodynamics and handling. The new Model S is evidently wider than previous builds and features standard diffusers in the front for improved air displacement, as well as a larger central air intake vent for improved airflow and ventilation to the battery pack.

Thanks to the new photographs, Tesla fans are also getting some of the first looks at the Plaid badge that will be placed on the rear bumper of the vehicle. The most evident way to determine what variant of a Tesla vehicle you’re looking at, the Plaid badge is sure to be seen more frequently in the coming months as the new Model S should begin deliveries in April or May.

Just spotted a PLAID Model S!! Had a yoke and plaid badging! This thing is gonna be 🔥 pic.twitter.com/VmpFyQhZJ9

Tesla CEO Elon Musk recently told Teslarati that there are “still many fine details to address” with the Model S Plaid, “but the final product will be fantastic. There’s nothing else even close,” Musk said.