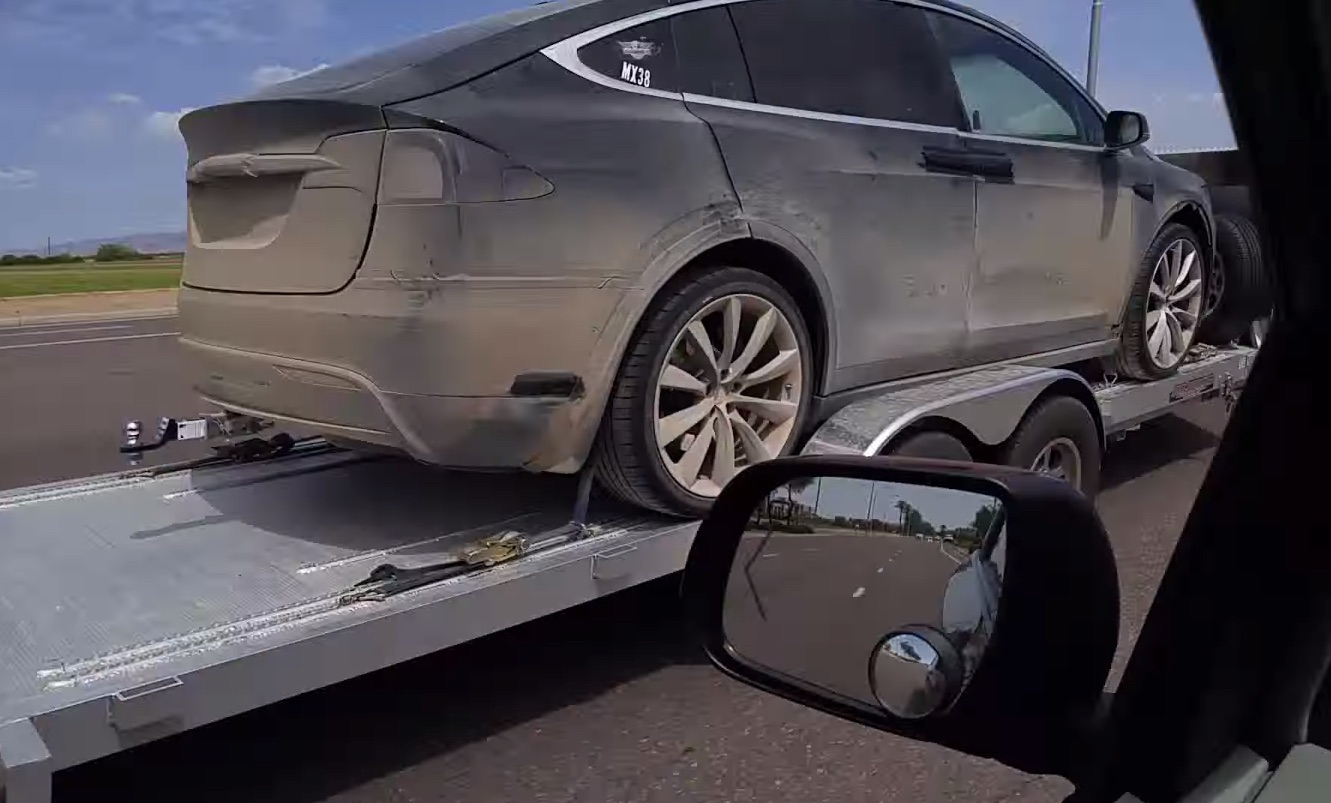 If there was ever any doubt that the Tesla Model X will be a true sport utility vehicle with a tow capacity of nearly 10,000 pounds, then the latest photos just may put that to rest.

Tesla has been spotted testing the Model X SUV crossover throughout much of Northern California over the last several months, as documented in our Model X sightings and spy shots gallery. But the recent video (bottom of the post) taken on July 20th in Chandler, Arizona is the first time the Model X has been spotted outside of its home state of California. What’s even more interesting is the fact that the Model X is seen covered in dirt which leads us to believe that Tesla has been performing off-road testing of the electric crossover.

Why the vehicle is being towed on a flatbed trailer by a Ford F250 is anyone’s guess. A dirty Tesla Model X with a rear-mounted trailer hitch is seen in Chandler, AZ. The nose on this particular Model X is more stout and resembles that of the Model S versus the sharper and more slanted front-end that’s been spotted on other test mules of the Model X.

We’re starting to get a much clearer picture of what the Model X will eventually be like. Aside from the unique falcon doors, we know it will have dual motors for all wheel drive, a 90kWh battery pack, a ‘Ludicrous Mode’ option that will propel it 0-60 in 3.3 seconds, third row seating, and Class III towing ability.

It almost sounds too good to be true, mid-duty truck capabilities with supercar performance. Sign me up!