A Tesla Model X fleet has replaced an outgoing line of 167 Model S taxis at the Amsterdam Schiphol airport in the Netherlands. After 155,000-186,000 miles of service from the Model S fleet, BIOS-groep, the airport taxi operator, decided that it was time to retire the luxury sedan and replace it with its larger sibling — the Model X.

Since the 167 Model S entered service back in 2014, the vehicles have saved more than 2,500 tons of C02 per year. According to BIOS-groep Managing Director Stef Hesselink, the luxury sedans have really held up well during their active years of service, especially considering that each vehicle conducts thousands of rides every year. Hesselink noted, however, that the superior seating capacity of the Model X became a notable point in the company’s decision to retire its Model S fleet and replace it with the electric SUV.

“BIOS-groep carries out more than 170,000 rides per year to and from Schiphol, so the time came to renew the all-electric fleet. We loved Model X, and the ability to transport up to seven adults as well as their luggage coupled with the high residual value of the Model S, made a very appealing case,” Hesselink wrote.

BIOS-groep would follow a charging system that enables its Model X fleet to charge overnight. Mostly, the airport taxis are charged using conventional AC chargers at their own depot. During operation peak times, the company employs a DC fast-charging solution provided by Tesla, which charges the electric cars at 60 kW. It should be noted, however, that BIOS’ DC fast chargers are separate from Tesla’s Supercharger network, which has an output of 120 kW. 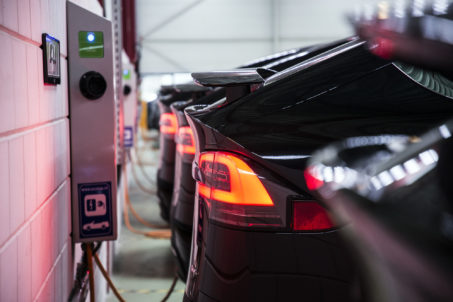 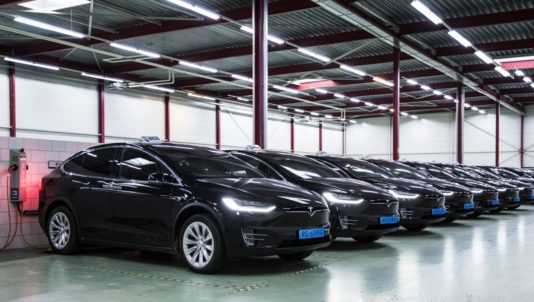 While BIOS-groep’s Model S fleet is being retired after 186,000 miles on the road, other Tesla taxi services have covered far larger distances in the past. Back in 2016, we reported on Tesloop, a Tesla-only intercity shuttle service for Southern California and Las Vegas residents. As of August 29, 2017, the company stated that their Model S had already racked up 438,000 km (300,000 miles) in the vehicle’s odometer.

Ari Nyyssönen, a Finnish taxi driver, also reported nearly similar figures in his Model S taxi. As of August last year, Nyyssönen noted that his car had already traveled an impressive 400,000 kilometers (250,000 miles). Considering the performance of the vehicle and its durability, Nyyssönen stated that there is a good chance his Model S can breach the 1 million km (621,000-mile) mark.

With the lifespan of Tesla’s drivetrain and the reliability of its battery in mind, there is a good chance that BIOS-groep’s Model S fleet still have a lot of mileage left in them.