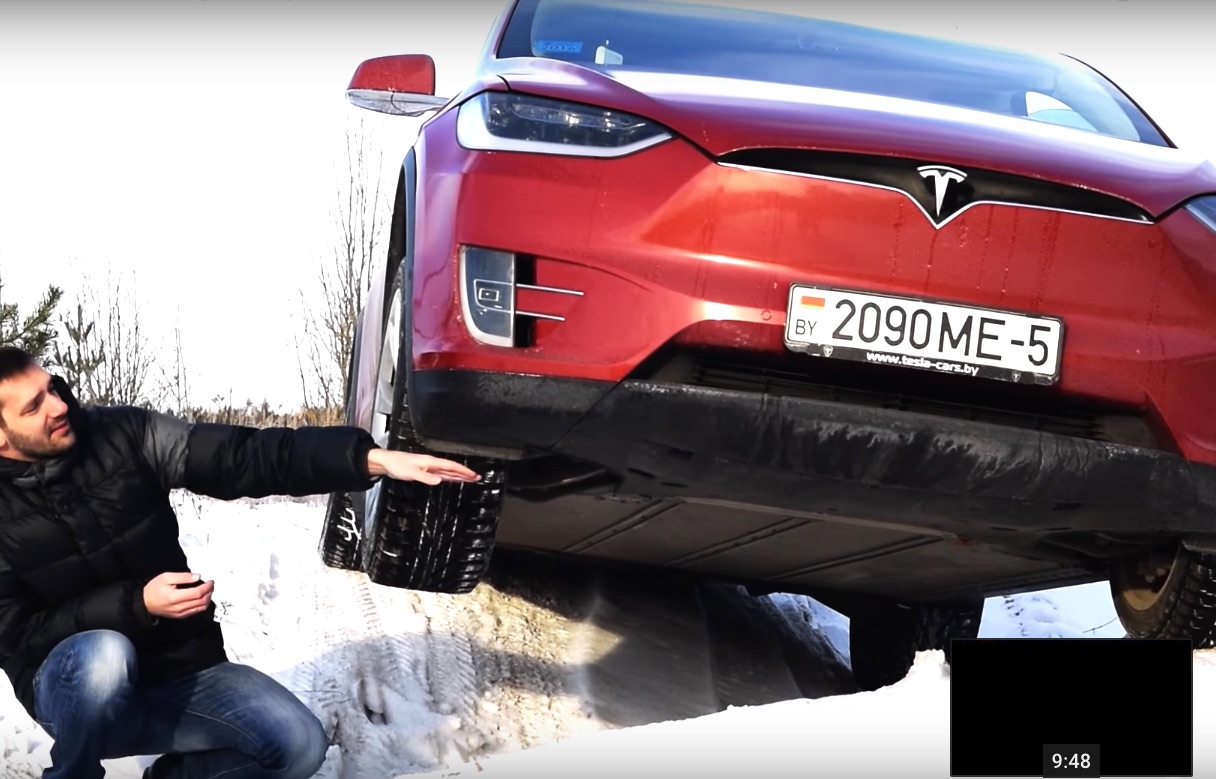 A new video put together by Test-drive TV gives us a first look at how Tesla’s dual motor configuration can provide traction even when conditions call for a snow and ice covered ditch. Though the Model X appears to be outfitted with a set of popular winter tires among Tesla owners, the video is nonetheless impressive as it showcases the vehicle’s chassis rigidity – helped by the floor-mounted battery pack – and the computer’s ability to intelligently distribute torque to wheels that require it the most. In this case, traversing a slippery ditch.

Also seen in the video is an instance when both the Falcon Wing doors and self-presenting front doors are opened while the vehicle is parked on an extreme tilt. We noticed that the hosts of the video were able to single-press and close all doors via the key fob without encountering any door collisions.

Note: The video is in Russian.