Tesla Model Y delivery emails are being sent to customers

Customers in Northern California who purchased a Tesla Model Y Performance with Performance Upgrade are being notified that their vehicle is almost ready for delivery. The confirmation email to customers is part of the final step and aimed at preparing customers for any remaining steps needed such as trade-ins or financing prior to taking delivery of their new vehicle.

Model Y buyer Howard Feinstein shared on Twitter a screenshot of the email from Tesla.

The next step for you is to confirm when you’re able to take delivery so we can ensure the best experience possible.

Once you confirm your availability, we’ll send you an update in the coming days to notify you when you can log into your Tesla Account and complete any remaining steps such as financing or trade-in. Your Tesla Advisor will be available to answer any additional questions you may have.

We’re excited to have Model Y join your home and be a part of your transition to sustainable energy.

Welcome to the Tesla family.

Members of the Tesla Model Y Facebook group corroborated what Feinstein said. Some of the members of the group who also just recently ordered the Performance version of the all-electric crossover and are in Northern California also received the email notification. Tesla’s strategy to deliver new products that are fully-optioned to customers closest to its factory in Fremont isn’t a new one. The company adopted a similar priority schedule in 2017 when Model 3 started rolling off the production line.

According to the delivery date email sent to customers, it would appear that the first Model Y deliveries will take place no earlier than March 15, 2020. 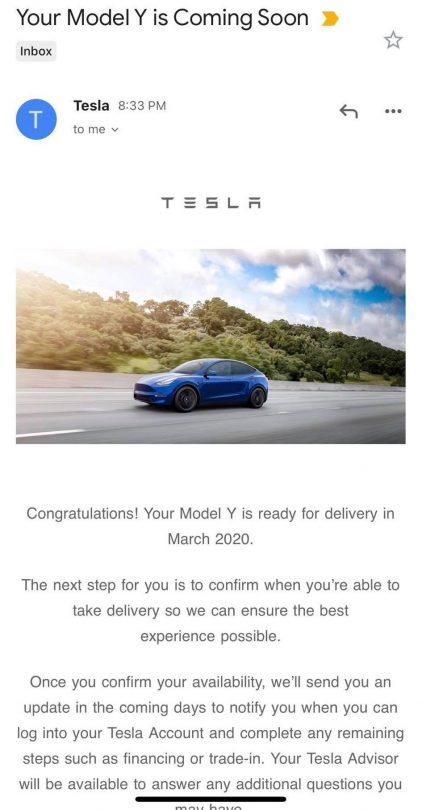 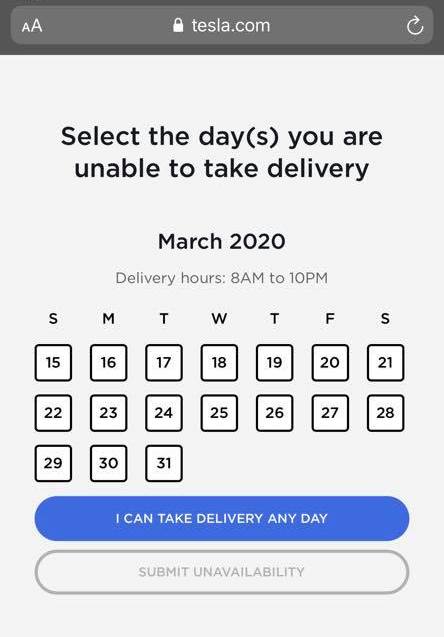 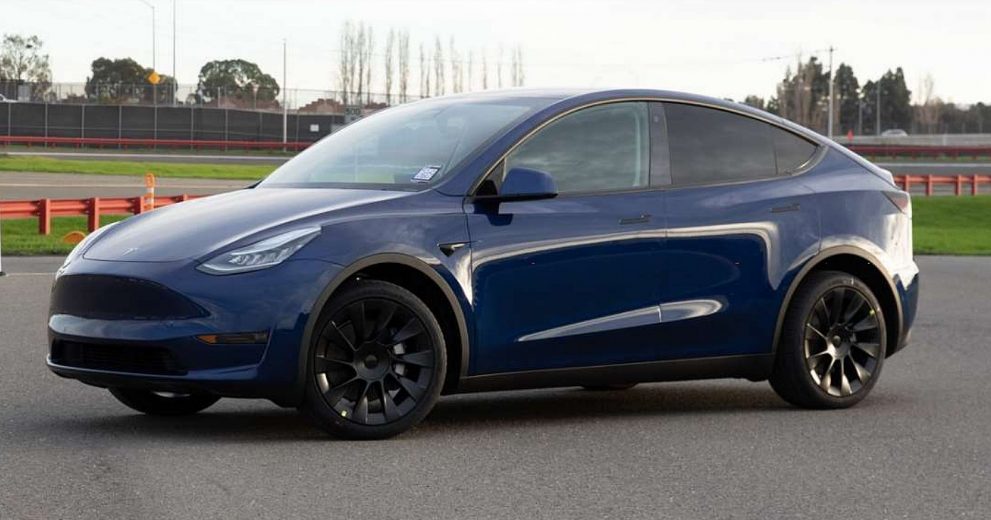 Elon Musk confirmed during the Q4 2019 earnings call that Tesla has started a limited volume production run of the most energy-efficient electric SUV in Fremont last January or roughly 10 months after building a prototype.

The full-spec Model Y costs around $67,990 including the Performance Upgrade and the Full-Self Driving feature. It will cost $1,000 more if one opts for another paint color other than the standard Pearl White Multi-Coat.

The Model Y was first expected to hit the production line in the fall of 2020 but was later moved up to the summer of 2020. However, in its Q4 2019 Update Letter, Tesla confirmed that the first deliveries of the Model Y crossover will happen before the end of Q1, marking a significant improvement in the pace of vehicle production. The Fremont factory in California is expected to churn out 500,000 vehicles this year while Giga Shanghai is expected to roll out the electric crossover for the Chinese market starting 2021.

Tesla Model Y delivery emails are being sent to customers