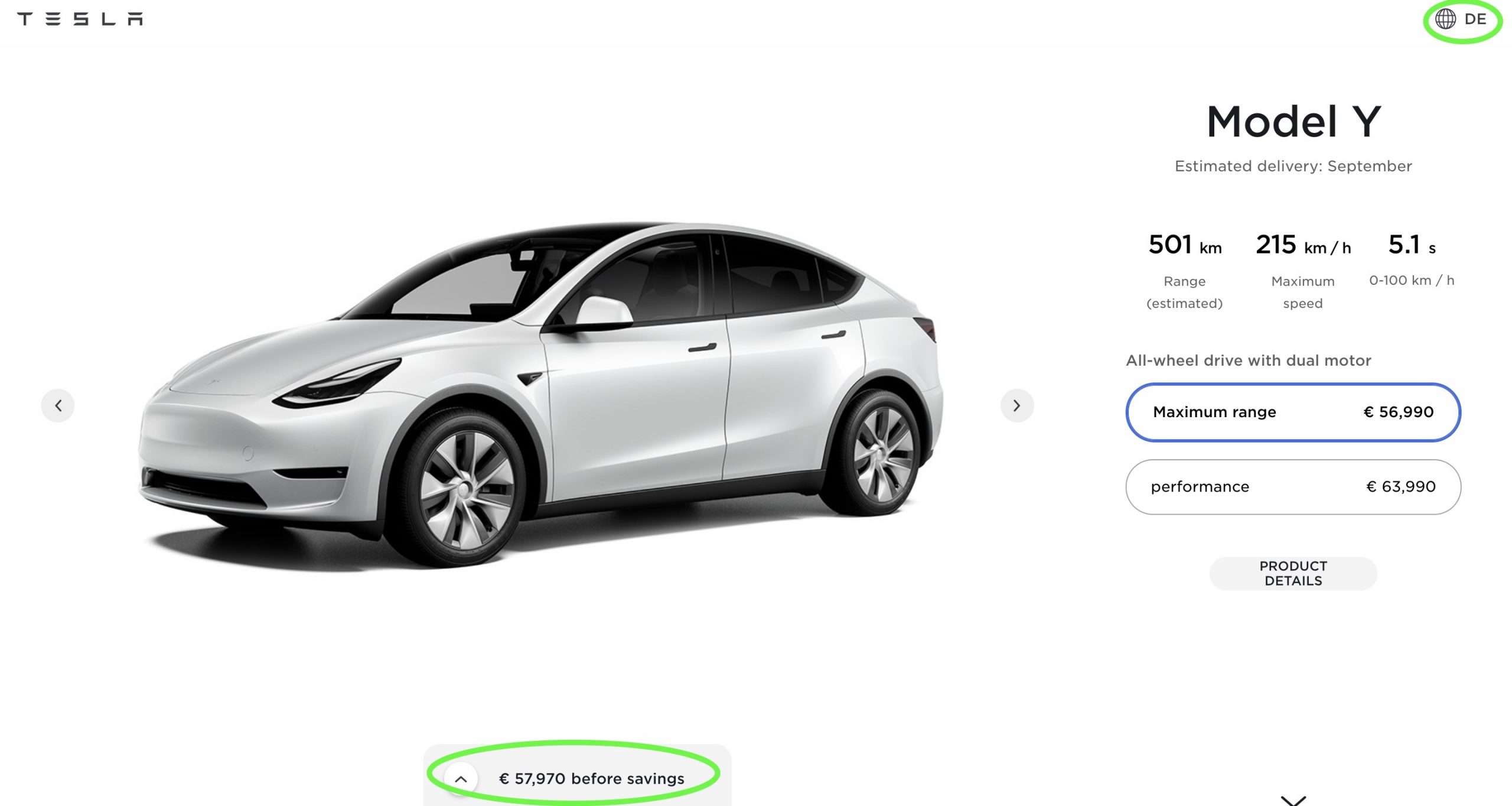 Tesla Model Y deliveries for Europe are expected to start in the third quarter. Tesla has already sent out emails to reservation holders, estimating an August delivery date.

There are slight differences between the Model Y vehicles sold in the United States and Germany. For instance, the Model Y costs more in Germany compared to the US, where the Long Range variant costs $52,990 before credits or $48,190 after potential savings are included.

There are other differences as well, like the Model Y sold in Germany is listed with an estimated 505 km or 313 miles of range. In comparison, the Model Y delivered in the US has an official EPA-estimated range of 326 miles, equivalent to 524.6 km.

The Tesla Model Y delivered to Germany would likely come from Giga Shanghai, which has been exporting Model 3s to Europe for quite some time. In June, Tesla China exported 5,017 Model 3 sedans to Europe. Tesla China has also started offering the Model Y Standard Range for the local market, likely paving the way for the company to export the Model Y Long Range to Europe.

Tesla’s vehicles from Shanghai are primarily equipped with Lithium Iron Phosphate (LFP) batteries and are cobalt-free. Tesla uses different batteries for cars made in the US, which may account for the slight differences in the vehicles’ range estimates.

Initially, Tesla may have planned to produce Model Ys in Germany. Gigafactory Berlin was originally supposed to start production this year. However, Brandenburg’s State Office of the Environment has not released a final approval for Tesla’s car plant yet. Local environmental groups remain determined to derail the facility as well.