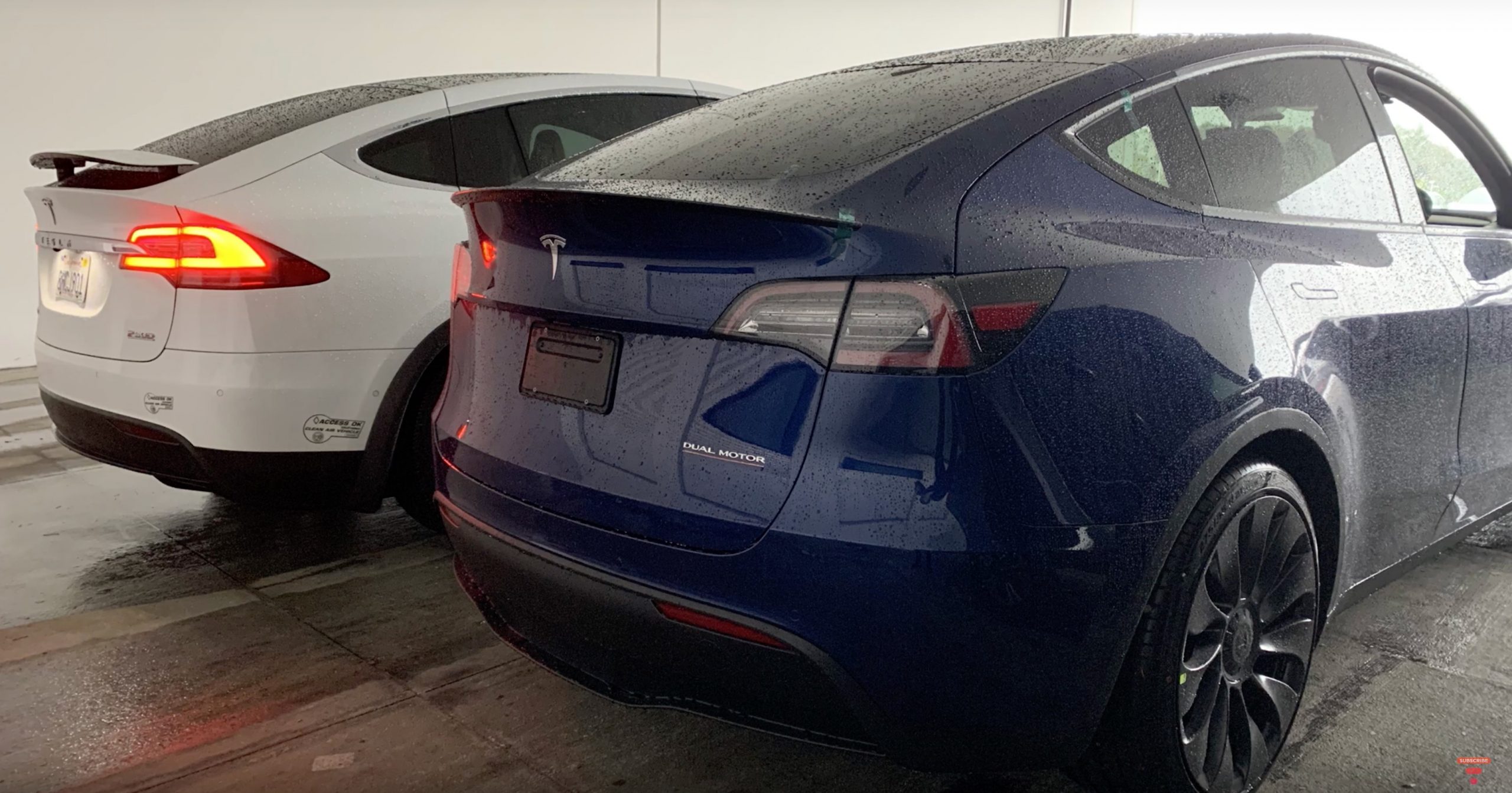 Tesla began Model Y deliveries to customers on Friday and we now have a first look at some of the features of the all-electric crossover.

Tesla owner and YouTuber Ben Sullins had an opportunity to do a walkthrough of the Model Y Performance with the Performance Upgrade package. The gorgeous Deep Blue Metallic Performance Model Y with 21-in Uberturbine wheels was reportedly one of the first eight vehicles delivered to customers in San Diego, California. In addition to getting a first look of the vehicle’s features, Ben also had a chance to also do a real size comparison against a Model 3 and even a Model X.

The official Model Y specifications peg the vehicle’s height at 63.9 inches (1,624 mm) which isn’t much shorter in stature than Tesla’s flagship Model X SUV that stands tall at 66 inches (1,676 mm). The side-by-side size comparison against the Model X isn’t much different than the one we saw of Model Y versus a Mercedes SUV.

Although Model Y shares 75% of its DNA with the Model 3, the sedan’s shorter-by-7-inches height difference is clearly evident. The wheelbase of Model Y and Model 3 are roughly identical. 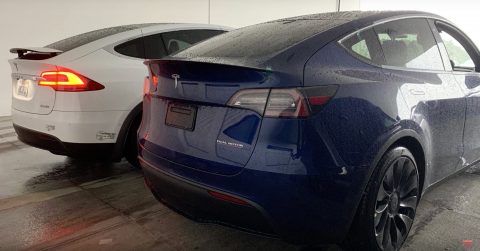 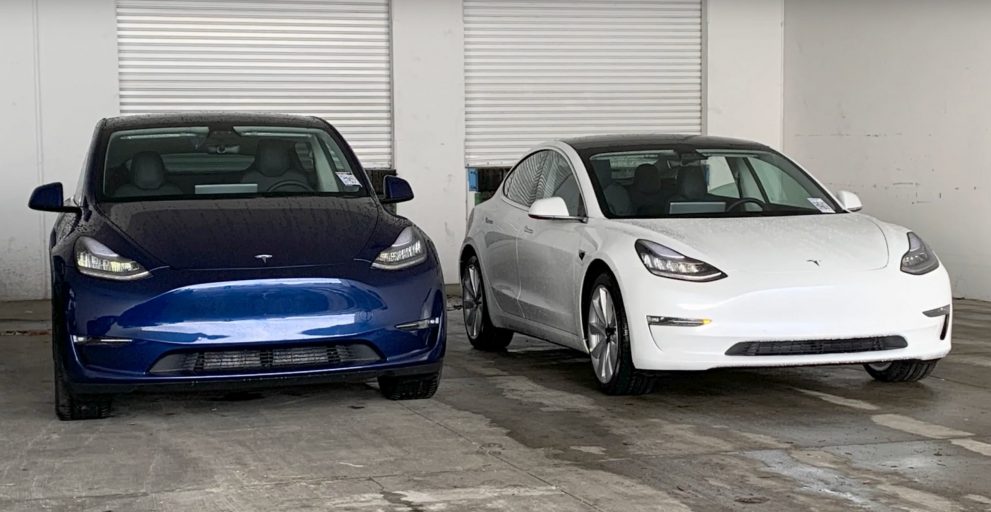 Tesla Model Y’s second-row rear seats are arguably the standout differentiator for buyers who might also be looking at a Model 3.

“The first thing I really wanted to check out is the trunk space. And this is something that is the big distinguishing feature and the reason why me and my family are upgrading from a Model 3 to this,” notes Ben in discussing what he thought about Model Y’s accessibility and cargo space.

Aside from the convenience of having a power liftgate, as highlighted by Ben, Model Y’s 60/40 split-folding rear seats provide access for stowing longer cargo without compromising passenger seating. The seats fold down via an adjustment latch that’s located on the upper corners of each outboard seat, similar to Model 3. Model Y’s larger and recessed grab-style seat adjustment latch are more visible and easier to access than Model S and Model X’s more discreet, but arguably more aesthetic, seat-fold-down button.

Tesla has also added a pair of switches, located on the upper left side of the trunk, that allows for easy fold-down access to the second row rear seats. In other words, each switch controls one section of the 60-40 seat and will automatically unlatch it to fold down when activated. “When you pull on the levers, the seats fold down automatically,” notes Ben. The seat mechanism is not motorized and pulling on the lever when the seats are folded down will not raise it again.

In addition to giving us a good look at the size of Model Y’s front trunk (“frunk”), Ben also provides highlights Model Y’s secret second storage compartment that’s located beneath the trunk deck, among many other features.

Check out Ben’s video below and see what his first impression of the Model Y is.

Stick with us as Teslarati brings you all of the latest Model Y coverage, including upcoming first deep-dive reviews.