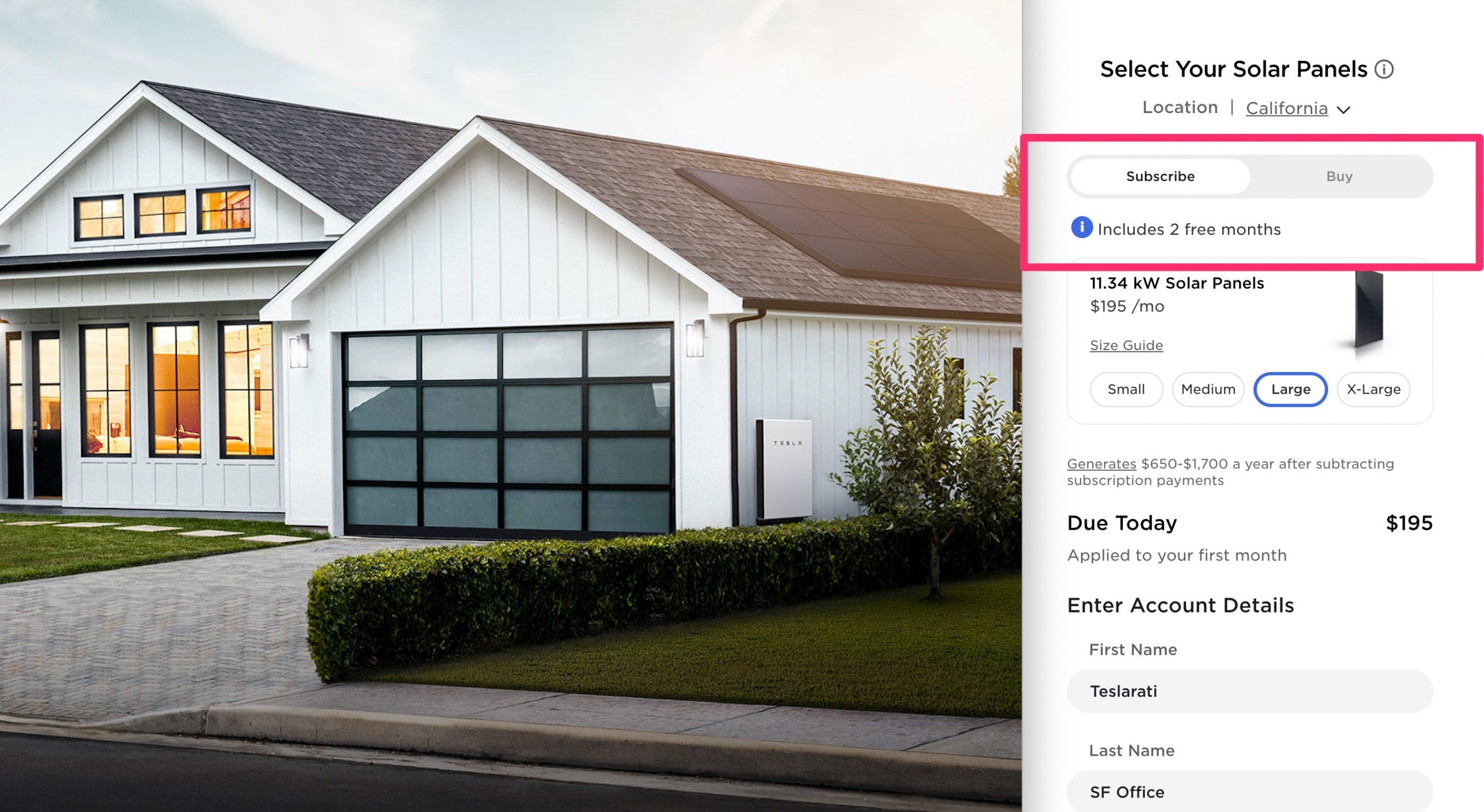 Tesla has rolled out a new incentive for customers of its Solar program that includes two free months on any subscription.

A look at Tesla’s online configurator, which gives customers the option to choose from four different sizes of solar systems, reveals a new message under its subscription program that reads “Includes 2 free months.”

The subscription service enables solar customers to reap the benefits of having solar panels installed at their homes but without the upfront costs.

The two free months of service enables customers to save upwards of $500 on a 15.12 kW system.

Tesla offers the following sizes for its solar system:

The new incentive bodes well for Tesla who’s coming off of a strong showing in solar production in Q4 2019. The company reported 54 MW of solar deployment in the final quarter of 2019, or 26% in growth compared to the quarter prior. The subscription service was a significant contributor to the growth of Tesla’s solar program. “Where offered, subscription solar has grown significantly in Q4. With a monthly subscription that can generate income from the first month of usage, there is no reason not to have solar panels installed.”

One member of Tesla’s solar subscription program, Carolyn Donlin, voiced her content with the ability to simply pay a small monthly fee to power her home through solar energy. In a blog post on Tesla’s website, Donlin writes about her decision to commit to a solar program after buying a Model 3 sedan.

“The Tesla team made going solar a smooth, effortless experience. Never once did I feel oversold as the energy specialists ensured I would receive the best system to accommodate my needs while making sure our home’s aesthetics wouldn’t change. I was thrilled to convert my roof into a power system,” said Donlin.

Tesla unveiled the Solar Subscription program to reduce the cost of entry for those interested in powering their homes via solar energy.

Typically, buying solar panels carries an average cost of between $18,000 and $20,000 for a typical 2,500 square foot home, the average size of a house in the United States. It usually takes eight years to break even after purchasing a full solar system for a home. Tesla’s Solar Subscription allows those involved to immediately begin generating income from their panels through a small monthly rental fee, instead of a large initial payment to buy a system outright.