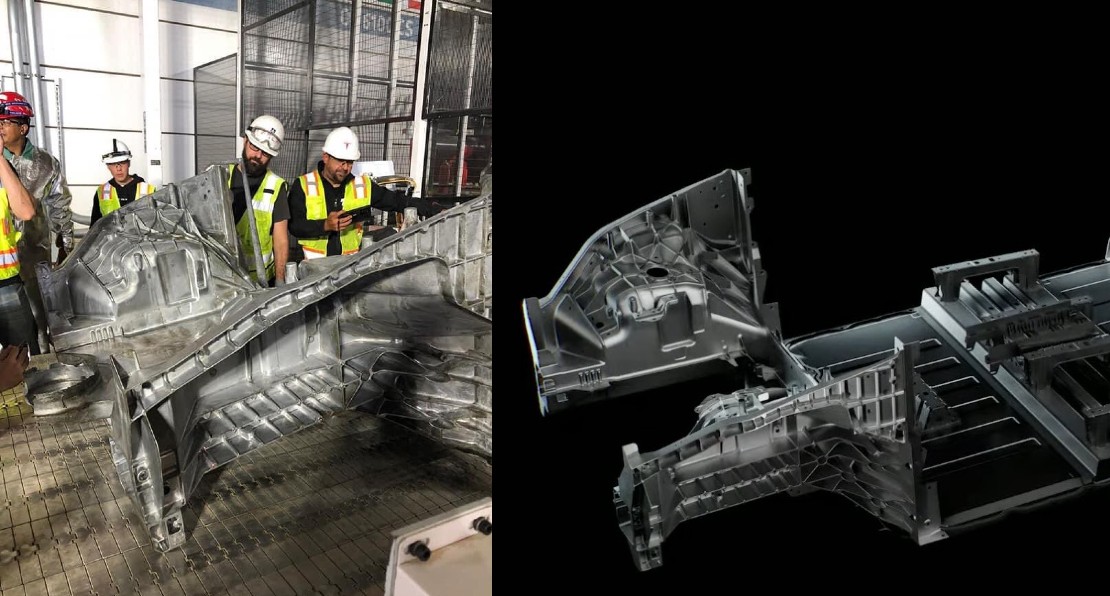 Tesla made waves a few months ago when it revealed that it was already utilizing single-piece megacasts for the Model Y’s rear underbody. The innovation was evident with automotive veterans such as Sandy Munro praising Tesla for its bold strategy. During that time, Tesla announced that its 6,000-ton Giga Press machines could produce megacasts for the Model Y’s rear underbody and front underbody as well.

An image of the Model Y’s front underbody megacast was recently shared online. The megacast is remarkable, both in its complexity and its daunting size. The photo was shared by Axel Turck, a die casting specialist and managing director of Emil Turck GmbH & Cie KG. Turck congratulated Tesla’s workers for successfully producing the massive casted part, which was the first of its kind. He added that the component was produced with an IDRA machine.

The accompanying photo of Turck’s post shows several workers surrounding the front megacast. And while the executive did not specify which vehicle the component belonged to, its design (despite its surprisingly large size) was identical to the Model Y-front megacast that Tesla featured in one of its Battery Day slides last year. The image also featured an IDRA 6,000-ton Giga Press in the background–the machine that likely produced the part.

In later replies, the die-casting veteran mentioned that the image was from Texas, USA. A longtime acquaintance in the industry sent the photo to him. The front megacast photo from Giga Texas seemed to excite the executive, who noted that such innovations would likely cause Germany’s “arrogant automobile builders with their bellies bloated by state aid are likely to descend from the high horse.”

Tesla’s megacasts for the Model Y are revolutionary in the way that they simplify the vehicle production process. For example, the Model Y’s rear underbody replaces 70 parts according to Tesla CEO Elon Musk and veterans such as Sandy Munro. This simplifies the all-electric crossover’s production process, while optimizing costs.