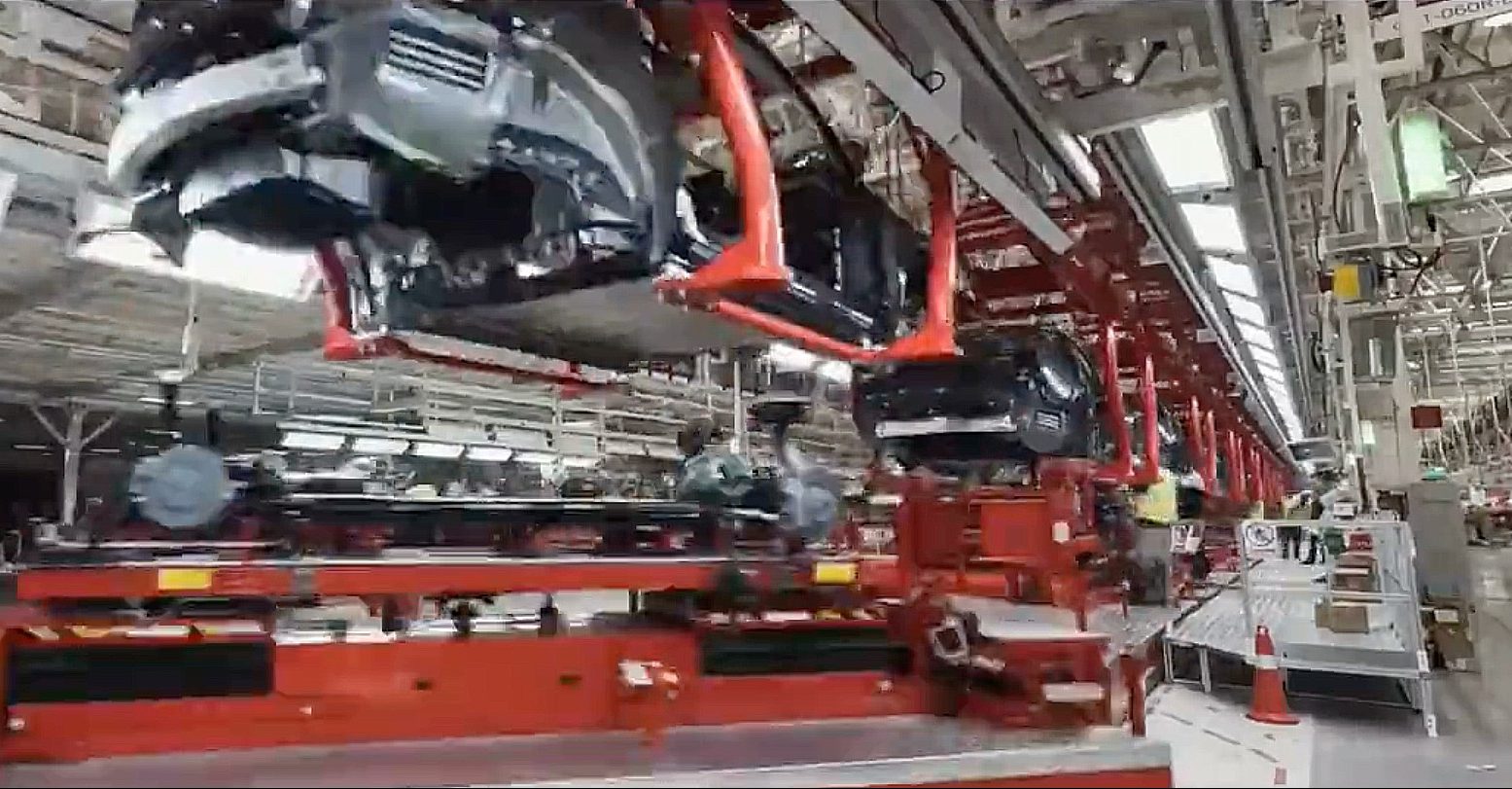 Tesla’s “Alien Dreadnought” Model Y lines at Gigafactory Shanghai in China are being touted in a new promotional video from the automaker released earlier today.

The video was posted by Tesla and shared by owner and enthusiast @Ray4Tesla on Twitter. Showing the numerous production processes of the Model Y crossover at the China plant, the video gives an idea of how automation is one of the key components of accurate, high-quality automotive manufacturing, which has surged Tesla into the stratosphere of China’s EV sector in recent years.

After beginning its project in China in early 2020 with the first deliveries of the Model 3, the Model Y followed closely after. By the end of 2020, Tesla had started the initial production of the Model Y in China. Deliveries began in early 2021, upon the initial exporting of Model 3 units to Europe. The Model Y has overtaken the Model 3 as Tesla’s most popular car, likely due to its similar build but more spacious interior and seating options due to its crossover body style.

In China, the Model Y has been high demand, and Tesla is focusing on its expansive expertise in manufacturing automation to keep up with rising order numbers. Tesla adopted highly automated lines several years ago at its Fremont Facility in Northern California. “Our internal code name for the factory, the machine that builds the machine, is the alien dreadnought,” Musk said on the call. “[When] our factory looks like an alien dreadnought, then we know it’s probably right,” Musk said. The idea to make manufacturing more dependent on automation came before the production of the Model 3 began in 2017. However, Tesla’s Fremont factory never attained a fully automated line as “production hell” made the company abandon the plans. However, the Shanghai factory appears to be adopting this style of manufacturing well as the video shows Tesla’s wide array of robots and automated machinery working to put together the company’s most sought-after car.

Giga Shanghai builds more than 450,000 vehicles per year, according to the company’s Installed Annual Capacity chart on the most recent Earnings Call Shareholder Deck. Between the Model 3 and Model Y, the automaker has solidified itself as one of the top automotive brands in China, only trailing the Wuling-SAIC-GM partnership that established the Wuling HongGuang Mini EV. The vehicles are not really comparable, as the HongGuang Mini EV starts at around $5,000 and does not come with standard features like power windows.

Tesla’s July delivery figures in China will likely be reported soon as the CPCA publishes the automaker’s data on a monthly basis. Tesla does not release its own delivery and production figures like other automakers.