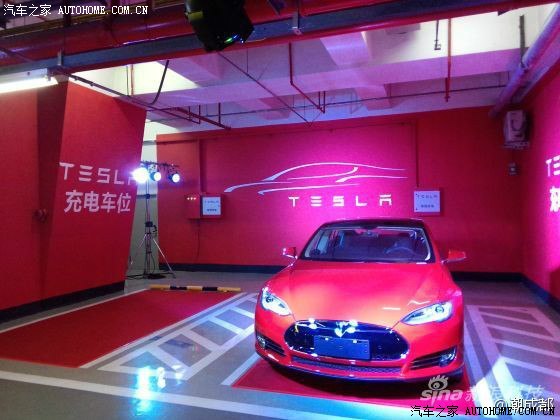 A couple of weeks ago Tesla Motors China made news with the removal of its president, Veronica Wu, and speculation pointed to a lack of coordination with the mothership back in the States and progress in the largest automotive market.

Today,  Tesla Motors China announced a partnership with used car traders to provide a service to consumers, where traders will buy consumers’ old cars and then these car buyers can apply the value of their trade-in towards a Tesla Model S, as reported by Bloomberg News today.

Tesla Motors announced this service will be available in Beijing, Shanghai and Changsha, first.

During the last earnings call in November, Elon Musk seemed to be caught off guard with a question about why Telsa Motors was using online resellers to sell its cars in China.

John Lovallo – Bank of America Merrill Lynch: …I think your point is well taken, that non-Tesla salespeople might not be qualified to properly promote the brand and so forth. The question is with that in mind, how do you get comfortable with selling vehicles to resellers in China that presumably don’t have your best interest in mind or promoting the brand?

Elon Musk: We’re not really selling to resellers anywhere in the world. So it may be possible that someone’s claiming that they’re a reseller of Tesla, this is a false claim.

John Lovallo – Bank of America Merrill Lynch:Okay. I’m just saying because when I looked on T-Mall for instance the first two lines of cars or first two rows of cars were actually all resellers or listed as resellers as least.

Elon Musk: Thanks for telling us that. We will make sure that is removed.

With all of the incentives to get car consumers in China into electric vehicles, this seems like a good tactic to create more awareness about the car. Time will tell.