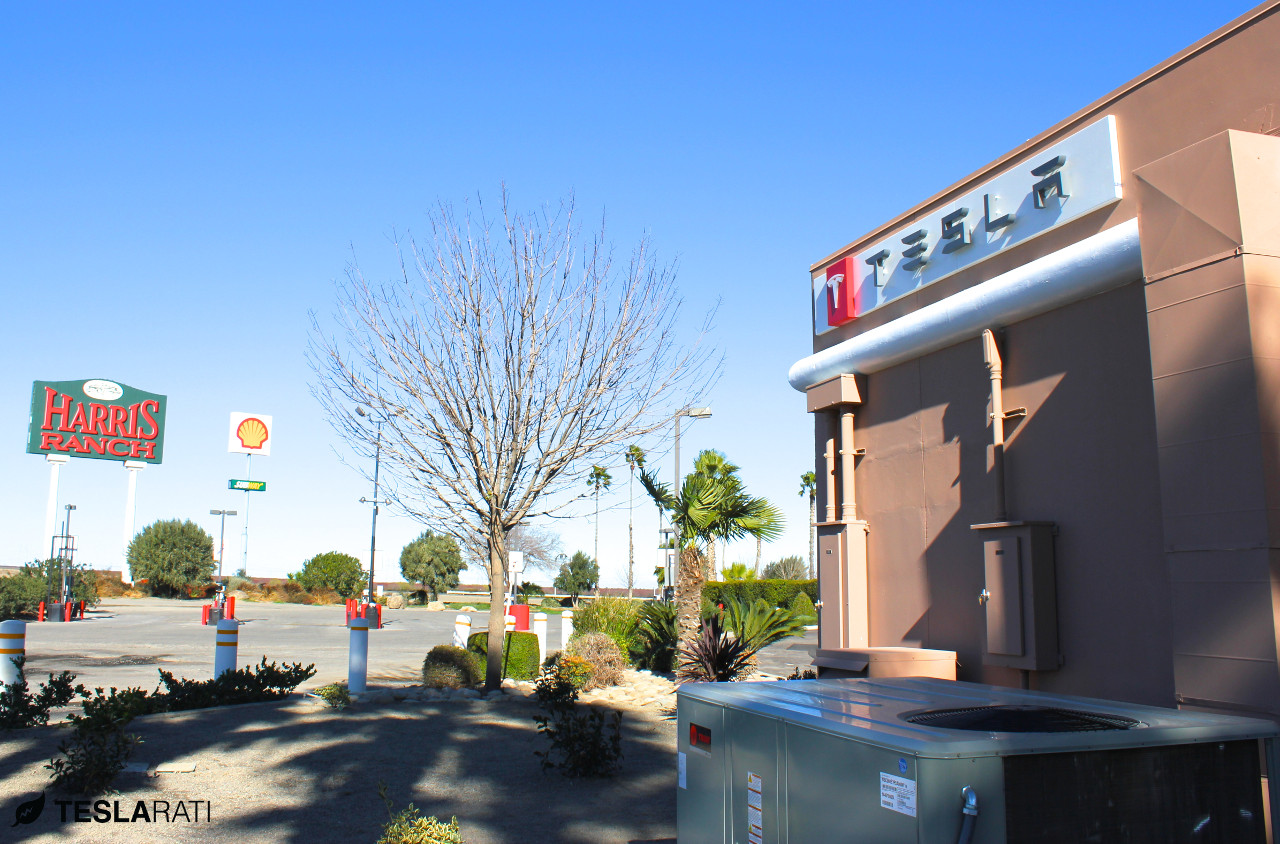 Less than a week after Tesla’s official announcement of its battery swap pilot program, I decided to pit stop at Harris Ranch, CA, site to the first battery swap station, to see if there’s been any new activity since the last pictures were reported.

As I made my way up the I-5 from 200 miles south of Harris Ranch, I had plenty of time to think about the reasons why anyone would use a battery swap station. The cost for a battery swap is designed to mirror the cost of filling up the gas tank on a premium luxury sedan. Obviously this will vary depending on the current price of oil, but the question still remains – is there a situation where it would lead me to pay for instant gratification by receiving a fully charged battery pack versus charging just enough (and for free) to get me to my next destination? Before I could compile a complete mental list, my thoughts were abruptly interrupted by the stench of what is Harris Ranch. Having been to Harris Ranch several times before, I instinctively made my way to the Supercharger bays but then quickly remembered that the site to the new battery swapping station was across the street near the Shell gas station. I made my way over only to find a quiet and unbadged building (so I thought) with no signs that this was home to Tesla’s new pilot program.

I asked the Shell gas station employee if they knew of “Tesla’s new battery station” although in the back of my mind I’ve already ruled out any sort of  valuable feedback. But to my surprise, the gas station attendant lit up with enthusiasm and walked me over to the side of the building where Tesla had recently installed their signage. According to the attendant, the Tesla Motors crew had been around all week testing the battery swap station and will be going live with it during the last week of the year.

The entry to the battery swap station is a swooping turn adjoining the trash dumps. The fresh trenching work seen along the ground and leading up to the entry door is a good indicator that power for the battery swap equipment and additional plumbing has been put in place.

Tesla has approximated each battery swap to take on average of 3 minutes through the use of robots and pneumatics. Only one car can undergo a battery swap at a time although there are two bay doors seen from the exit area. One of the doors (the narrower and taller one) will likely be used as a service door for loading and storage. The overall size of the battery swap station is large and can technically accommodate 6 Supercharger bays. Restrooms are situated in the center of the building and probably the only thing that’s relevant for Tesla owners that are looking to leverage the battery swap service. After all, they’re paying a premium to get in and get out as quickly as possible so any additional services being offered would likely be ignored.

Makes sense to me.