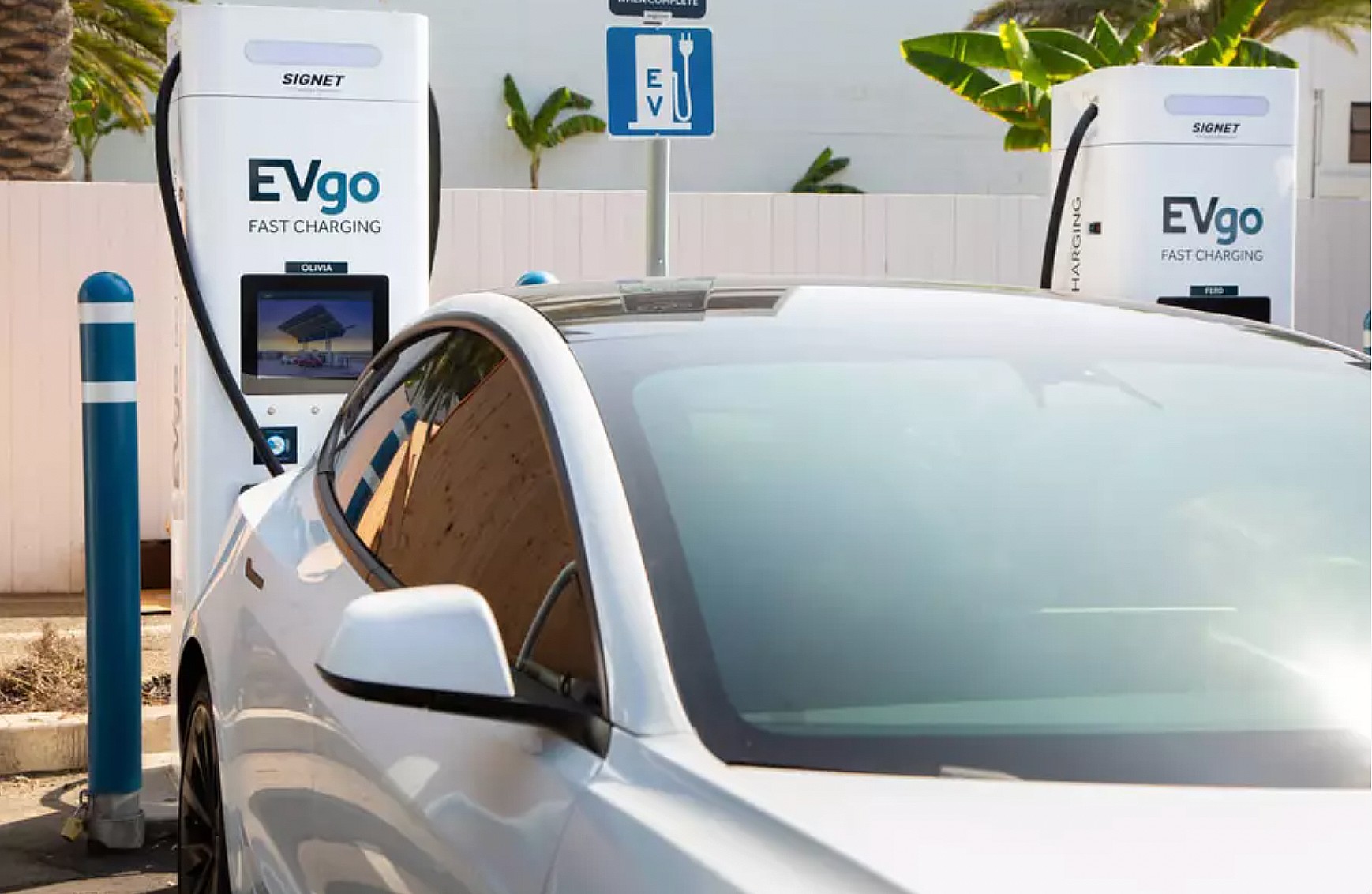 EVgo Inc. launched a new promotional charging plan exclusively for Tesla owners, called the “Tesla Plus Promo,” allowing drivers to utilize any fast chargers in the company’s network. There is an added bonus for drivers with the CCS Combo 1 Adapter.

All Tesla drivers automatically qualify for the Tesla Plus Promo plan and can sign up by downloading the EVgo app. This offer will give Tesla drivers a free three-month trial of the EVgo subscription plan, offering lower charging rates and free charger reservations, which can be scheduled in the app. New and existing Tesla EVgo customers can sign. up for the promotion in the EVgo app. It is valid through December 31, 2022.

Tesla drivers with the CCS Combo 1 Adapter that the company launched in late September can also enroll in EVgo’s Autocharge+ program for automatic session initiation and billing. The Combo 1 Adapter enables charging speeds of up to 250kW, which is compatible with most Tesla vehicles, and now allows owners of the Model S, Model 3, Model X, or Model Y to access high-power charging across EVgo’s network.

“EVgo launched Autocharge+ to give EV drivers a simple and seamless charging experience at our DC fast charging locations,” CEO of EVgo Cathy Zoi said. “Combining the innovations of Autocharge+ with the release of the CCS Combo 1 Adapter and our new promotional charging plan, Tesla drivers can take advantage of high-power charging on the EVgo network in convenient locations across the U.S.”

The program projects around 20 percent in savings for Tesla drivers, giving them access to high-power charging, no session fees, and a waived $6.99 per month fee until the trial ends.

Tesla owners interested in subscribing to EVgo’s new program can enter by downloading the EVgo app, adding their car in the “Vehicle” tab, and enrolling in the Tesla Plus Promo.

The CCS adapter was launched by Tesla in the Korean market for the Model 3 and Model Y last year and for the Model S and Model X in 2019. Tesla said it had plans to sell it in the United States for some time, but launched it in late September as the United States prepares to expand its EV charging infrastructure to prepare for more EV sales. Tesla owners can utilize charging networks outside of the company’s Superchargers with the CCS Combo 1 adapter.