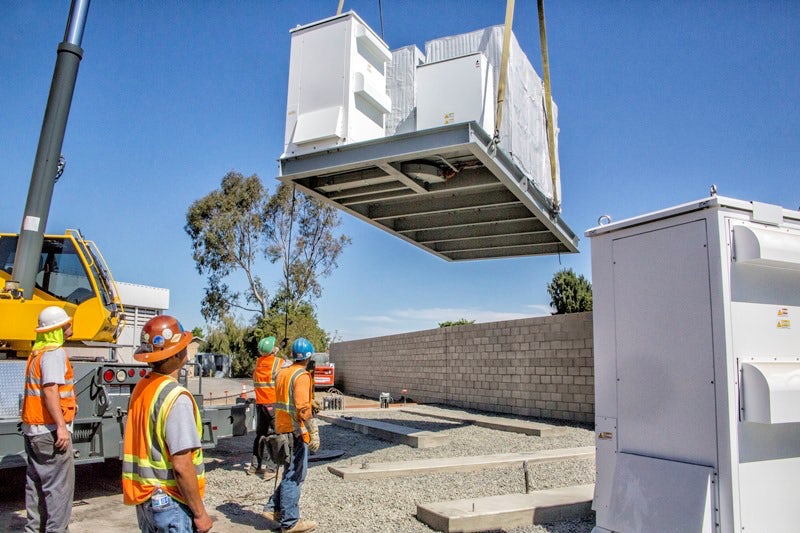 The California public water agency signed a deal with Tesla’s energy storage deployment partner, Advanced Microgrid Solutions, to install Powerpack systems at 11 of its facilities back in 2016. The first batch of Tesla batteries were installed last October, and deployed to six high-energy pumping stations, three water treatment and recycling plants, one deep aquifer treatment system, and one groundwater desalter facility. The entire 7 MW / 34 MWh system will provide the public utility with costs savings of more than $500,000 per year, and help stabilize demand on the stressed Southern California electrical grid.

In an interview with Water Deeply, the Irvine Ranch executive noted that the battery initiative had been in the works even before the official announcement was made back in 2016. According to Cook, it was only a matter of waiting when the technology was refined enough before the IRWD fully committed to it.

Cook further stated that progress on the battery project has been going on at a satisfactory pace. According to the IRWD exec, the efforts of Tesla’s energy storage partner has allowed the project to make significant headway in a short period of time.

“In just a few months, we got those 11 sites nailed down and submitted for funding through a program offered by the Public Utilities Commission. Then we negotiated terms with Advanced Microgrid Solutions. It ended up being a pretty great example of a public-private partnership,” Cook said.

The IRWD executive is looking into using the Tesla’s Powerpack system in conjunction with other renewable energy sources.

“Our projects are pure battery, but in the future, batteries will be married up with renewables. We have a project looking at that right now. We have a couple of big, buried reservoirs at that plant that are perfect for setting up photovoltaics,” Cook said.

A full transcript of Paul Cook’s interview with Water Deeply could be found here.

As we noted in a previous report, a proposal to the New York Public Service Commission has been submitted by Orange and Rockland Utilities for a Tesla Powerpack system that could see a 70% reduction in the demand charges on customer electricity bills. If approved, the proposed 2 MW/4 MWh system would be part of the Reforming the Energy Vision (REV), a comprehensive energy strategy started by New York Governor Andrew M. Cuomo, which aims to promote and foster the adoption of clean energy in the state.