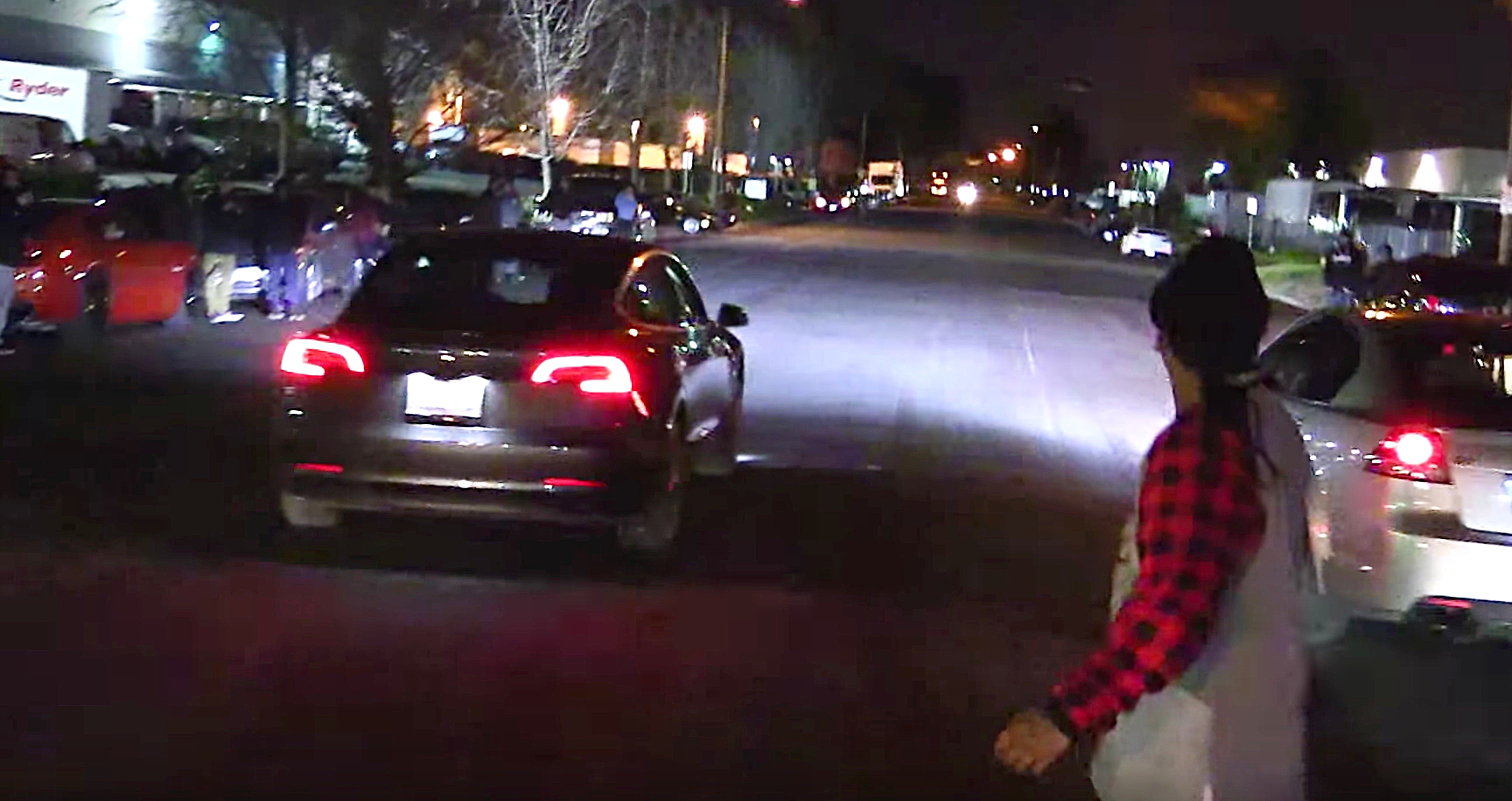 As Tesla begins to ramp Model 3 deliveries to customers across much of the U.S., one enterprising new owner has taken their vehicle to the local street races in the San Francisco Bay Area, in jest that Tesla’s entry-level car can blow the socks off of gas-burning V8s.

Though the folks at Bay Area Racing rally in support of legal racing venues in the Bay Area, according to its website, the group recently posted a video that shows a Tesla Model 3 going heads up against a Pontiac G8 GT in a local street race.

A Model 3 in Midnight Silver Metallic color with Tesla’s range-boosting aero wheels can be seen lining up against a gurgling Pontiac G8. In a traditional gesture that signals the start of a street battle, the flagger throws his arms down, followed by both cars accelerating down what appears to be an industrial street.

Tesla is currently producing the Long Range Model 3 that’s capable of traveling 310 miles on a single charge. Available only in a single motor, rear-wheel drive configuration at the moment, the all-electric compact sedan is marketed as having a 5.1 second 0-60 mph performance figure. By comparison, the Pontiac G8 GT with a 6.0-liter OHV V-8 that pumps out 361 hp can accelerate to 60 mph from a standstill in 5.3 seconds, according to performance testing by Motor Trend.

However, based on Tesla’s track record of voluntarily underreporting range and performance figures, independent tests reveal that the Model 3 is in fact much quicker than what Tesla claims. DragTimes revealed that the Long Range Model 3 in a single motor configuration can rocket from 0-60 mph in 4.6 seconds.

With CEO Elon Musk confirming that a dual motor performance variant of the Model 3 is coming with Ludicrous mode, one can only imagine the level of ‘hard core smackdown‘ new Model 3 owners will be unleashing on their unsuspecting opponents.