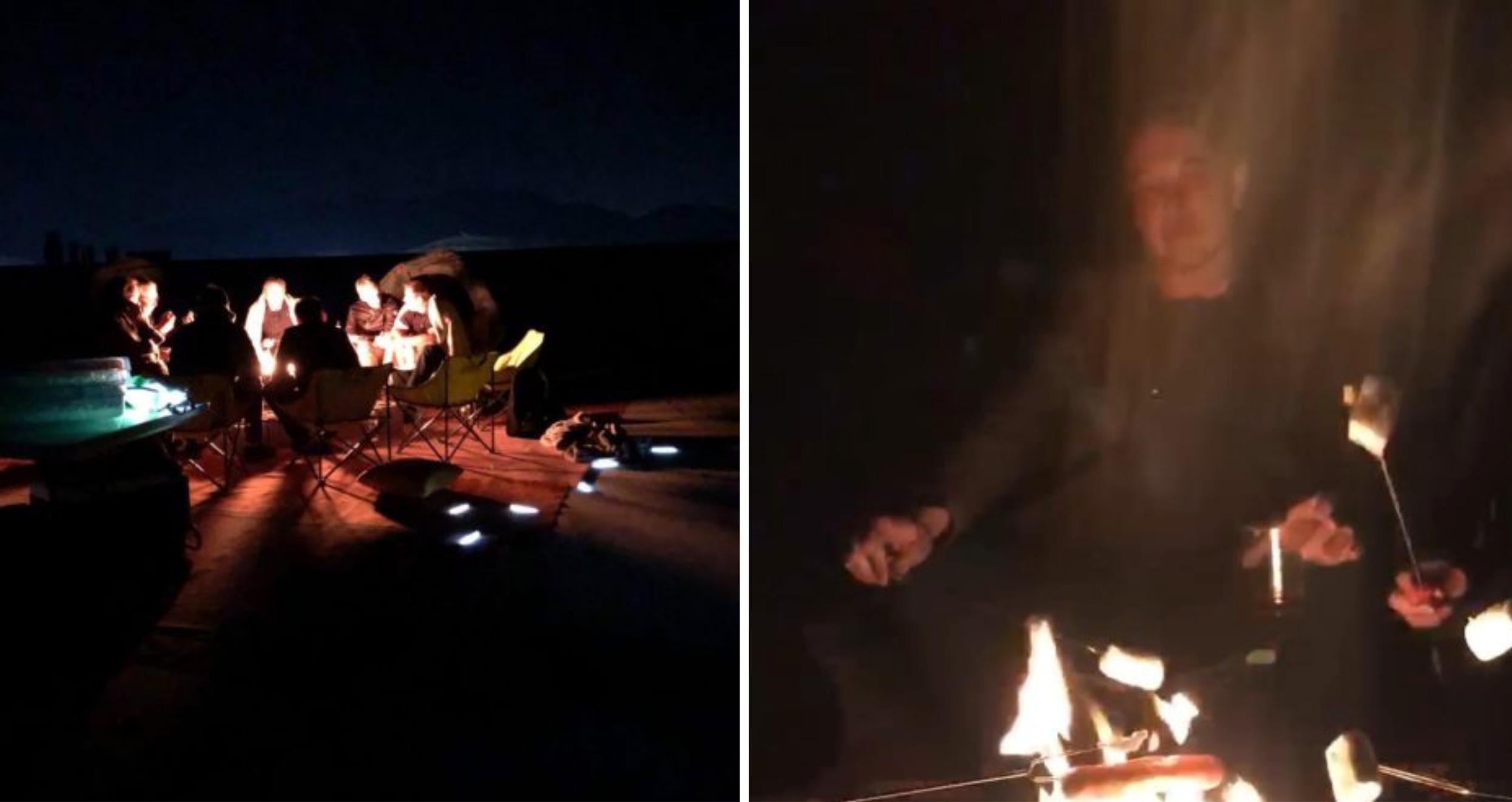 With all eyes on Model 3 production numbers ahead of Tesla’s third quarter earnings report that’s scheduled to be released on November 1, CEO Elon Musk is seemingly in celebration as he camps on the rooftop of the Gigafactory.

Musk took to Twitter in the predawn hours of Thursday morning to share an Instagram photo of a “Campfire on the Gigafactory roof”. Garbed in his usual dark sports coat that covers a matching crewneck tee, Musk cheers his glass of whiskey while lip-synching to the lyrics of Johnny Cash’s “Ring of Fire” that’s heard playing in the background.

“Whiskey, fire, s’mores and JC” reads the caption to Musk’s Instagram video posted at nearly 3 a.m. in the morning. 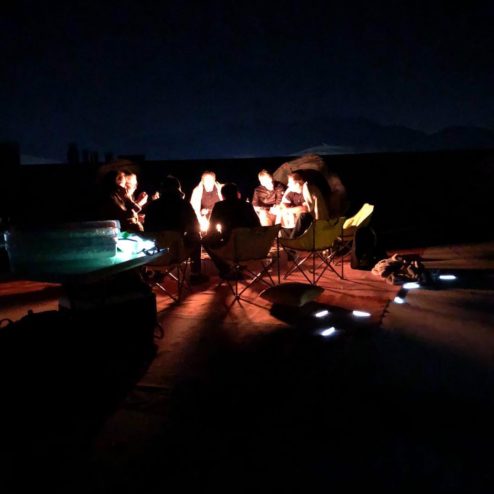 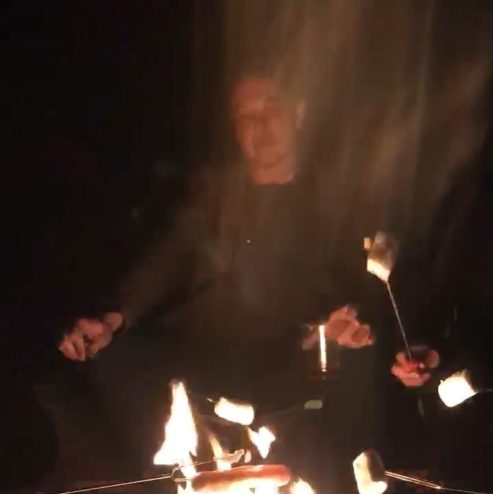 Amid a downbeat week for Tesla that’s been fraught with mass firings, lawsuits, a Fremont factory protest, and criticism over Musk’s wild optimism and penchant to overpromise and underdeliver, Musk’s latest social media posts seemingly point to a more positive light that’s about to shine. Are we seeing first signs that Tesla is about to shock Wall Street on November 1 with better than expected results?

The usual high-flying Tesla (Nasdaq: TSLA) stock has seen a drop of roughly 4.5% in October after the company announced that it had produced 260 Model 3s and delivered 220 units in the third quarter – far from Musk’s original guidance of 1,500 Model 3s produced by September.

While it’s still unclear if Tesla has begun to dig itself out of “deep production hell“, recent sightings of Model 3 vehicles bearing VINs in the thousands suggests that the company is starting to step through the ramp portion of its “S-curve”. After all, Musk did share a series of videos in recent weeks that showed Model 3’s production body line in action and body panels being stamped in volume.

The Wall Street Journal recently reported that Tesla has secured a deal with China’s government that would allow the company to set up a factory in the country’s free-trade zone. Having a manufacturing presence in China will strengthen the company’s relationship with the Chinese government, but more importantly help aid mass production and delivery of its products at lower cost in the world’s largest auto market.

Though analysts’ estimates for Tesla’s third quarter revenues suggest that there will be a positive trend in the quarters ahead, Tesla’s gross margin will likely suffer due to costs related to infrastructure development and production ramp. Musk’s goals to produce 500,000 vehicles in 2018 while simultaneously launching a diverse mix of new products seems to be ambitious at this point.

We’ll soon find out if the recent camping excursion on the rooftop of the Gigafactory served as a celebration or just a regular Musk bender.

Stay with Teslarati as we bring you coverage of Tesla’s upcoming Q3 earnings report on Wednesday, November 1 that’s expected to also include a Q&A with Musk.

Updated: Musk took to Twitter to explain the reason for his late night rooftop camp session on the Gigafactory rooftop. “Btw, just want to express a word of appreciation for the hard work of the Tesla Gigafactory team. Reason I camped on the roof was because it was less time than driving to a hotel room in Reno. Production hell, ~8th circle”

Whiskey, fire, s’mores and JC Also, hotdog or not hotdog?