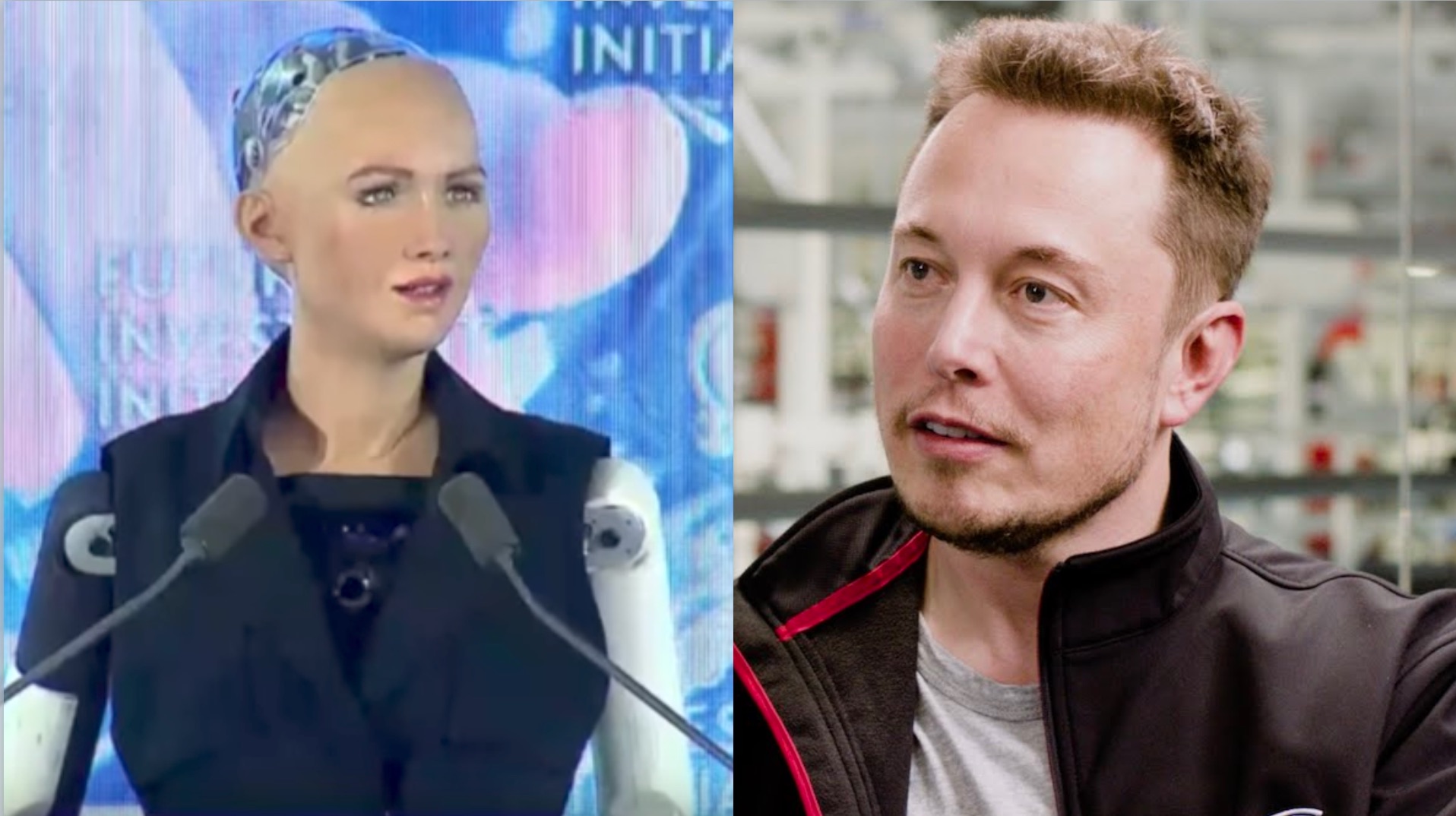 New York Times columnist and co-anchor of CNBC “Squawk Box”, Andrew Ross Sorkin, had an interesting yet borderline creepy exchange with a humanoid robot name Sophia. Capable of socializing with humans through artificial intelligence and augmented by the ability to make lifelike human facial expressions, Sophia demonstrated her abilities at the Future Investment Initiative in Saudi Arabia on Wednesday during a live interview with Sorkin.

“I want to live and work with humans so I need to express the emotions to understand humans and build trust with people,” said Sophia when asked why it was so important to have an expressive face given that she was a robot. The Hanson Robotics creation further demonstrated her humanlike ability to show emotion through facial expressions.

As the interview progressed between man and machine, the conversation would unsurprisingly lead to a philosophical question of self awareness. When asked whether robots can be self-aware and conscious like humans, and should they be, Sophia asked, “Why, is that a bad thing?”

Taking a turn into arguably even more creepy territory, Sorkin again asks Sophia if robots can be conscious and know they’re robots. “Well let me ask you this back, how do you know you are human?” says Sophia. She would further address a comment made by Sorkin about uncanny valley, a concept that suggests a robot becomes creepy as it becomes more realistic.  “Am I really that creepy? Even if I am, get over it.”

The exchange leads into discussion about artificial intelligence becoming an existential threat to humans. It’s a topic that serial tech entrepreneur Elon Musk has long warned of. “I have exposure to the most cutting edge AI and I think people should be really concerned about it,” Musk once said. “I keep sounding the alarm bell, but until people see robots going down the street killing people, they don’t know how to react because it seems so ethereal.”

Sophia tells Sorkin that her AI is designed around human values like wisdom, kindness, and compassion. But as the interviewer seemingly begins to question her intent, saying “We all believe you, but we all want to prevent a bad future,” Sophia delivers a witty comeback that calls out Elon Musk.

Watch Humanoid AI robot Sophia express herself in an interview with Sorkin. We’ve also embedded a video of Sophia being brought to life by one of its creators.