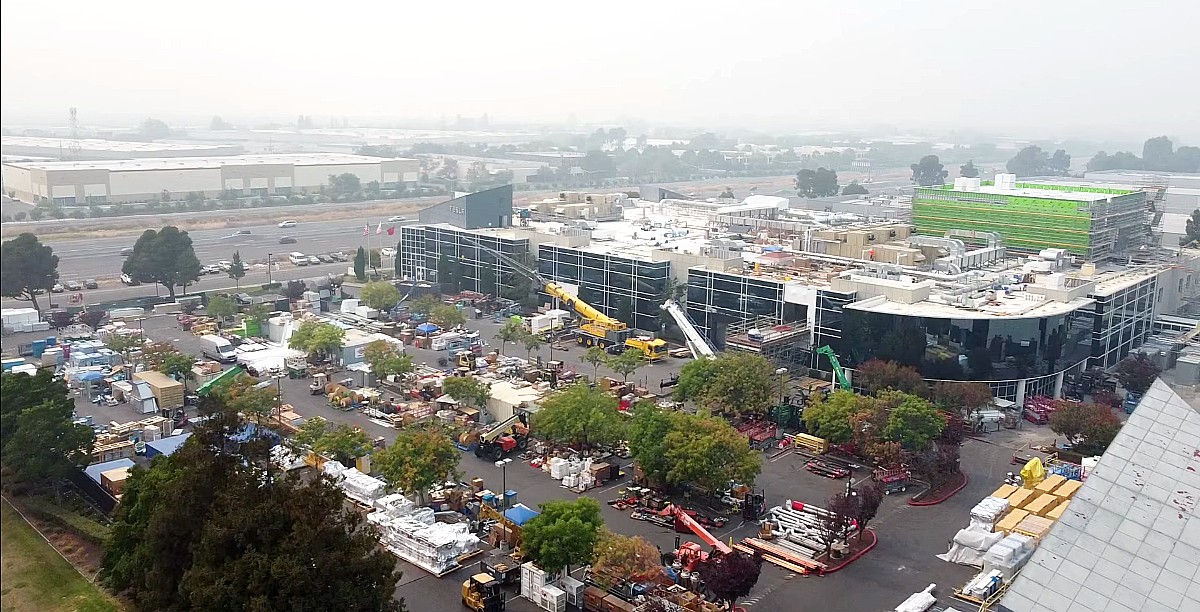 As the wait for Tesla’s Battery Day continues, more and more speculations are abounding about what the electric car maker might reveal during the highly-anticipated event. Elon Musk has stated that Battery Day’s announcements will be mind-blowing, and based on apparent clues recently observed by the Tesla community, it appears that the CEO may be right on the money.

Recent reports have indicated that Amprius, a battery company currently working on silicon nanowire tech, recently relocated its headquarters to a site that’s just a few hundred feet away from Tesla’s Roadrunner battery facility in Kato Road, Fremont. Considering the firm’s focus, its new headquarters’ rather convenient location, and Elon Musk’s previous references to the use of silicon in batteries, there seems to be a fair chance that Amprius’ move to Fremont may be more than a coincidence.

Amprius notes that it is working on creating silicon nanowires for battery anodes that dramatically improve battery weight and density. The company’s website notes that silicon generally has about 10x the capacity of graphite (carbon), but it has a big drawback in the way that it swells when it’s charged, causing the silicon to fracture. To address this, Amprius utilizes silicon nanowires, which keeps the silicon from fracturing and breaking apart even when it swells.

As noted by EV enthusiast and YouTube host Driving Delta, Elon Musk himself appears to be teasing the use of advanced silicon tech on Twitter last month. In one of his posts, Musk shared some lyrics of the song “Lithium” by Nirvana, whose refrain includes sections that state “I’m not gonna crack.” Granted, Musk may simply be trolling the Tesla community with his posts, but it should be noted that he also talked about the increasing use of silicon anodes five years ago.

As noted by Amprius’ on its website, the use of 100% silicon paves the way for batteries with the highest energy density, perhaps even at the 500 Wh/kg level. That’s enough to start exploring electric VTOL projects, a topic that Elon Musk has admitted is something that truly interests him. That being said, Professor in Energy Materials and Technologies Ying Shirley Meng, who has made significant contributions to Maxwell Technologies’ battery tech herself, believes that challenges still remain in the use of silicon nanowires.

“We should pay attention to the cost per kg. Even (if) those nanowires work (which I doubt), to produce consistent quality in metric ton scale at 10$ per kg it will be sci-fi for now,” she noted.

Elon Musk, for his part, recently stated that the technology that could allow 400 Wh/kg with a high life cycle and volume production is not too far away. Musk gave a rough timeframe for the technology, stating that such milestones could be achieved in about three to four years.

Tesla’s Battery Day event is expected to introduce the company’s next-generation lithium-ion cells, though speculations suggest that these batteries — which are expected to last a million miles — are based largely on Maxwell Technologies’ dry electrode tech. Maxwell itself has previously noted that it could offer batteries with 300 Wh/kg while stating that it had also identified a path to 500 Wh/kg. With this in mind, it appears that Tesla may already be setting the stage for cells that will likely go even beyond the million-mile battery.

Granted, Amprius’ move to Fremont may be unconnected to Tesla. That being said, the two companies’ goals to align with each other, and Elon Musk’s own references to the use of silicon suggests that Tesla will likely get a lot of value from Amprius’ tech. If speculations prove true, the path to batteries that go even further than the million-mile mark may be feasible in the near future. Such innovations are key to Tesla’s goal of accelerating the transition to sustainable energy, after all.

Watch these recent takes on the Amprius rumors in the videos below.