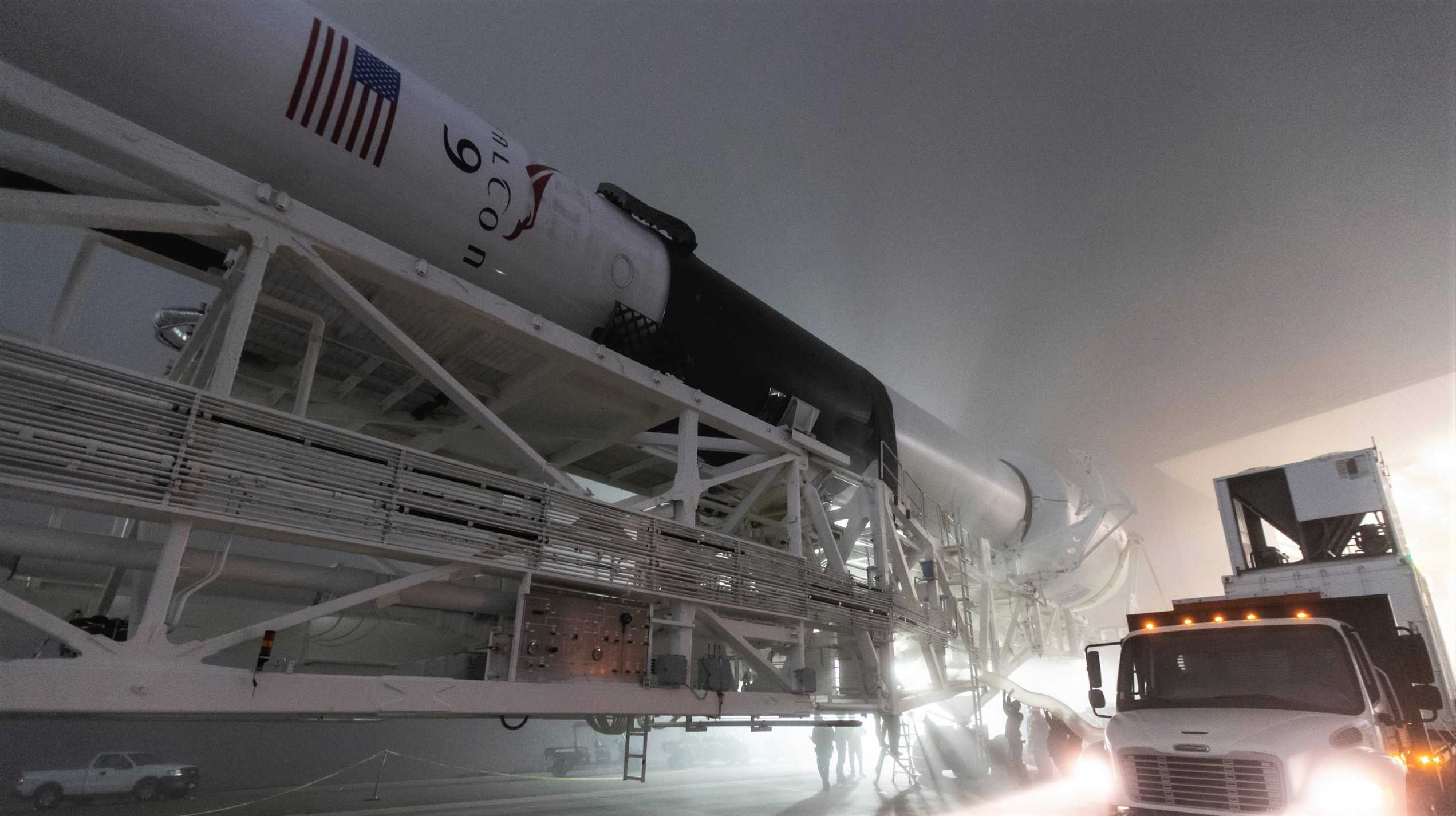 SpaceX's first California launch in more than a year could be just a handful of months away. (SpaceX)

For the first time in more than 16 months, a SpaceX Falcon 9 rocket booster has been spotted heading west towards the company’s California pad, a sure sign that the next West Coast launch is just over the horizon.

At least according to publicly-available launch manifests, the unknown Falcon 9 booster will be spending a fair bit of time in SpaceX’s SLC-4E hangar before its first Californian launch. Still, considering that many misinterpreted a year-old regulatory document as confirmation of SpaceX’s permanent withdrawal from VAFB just earlier this month, a surprise booster arrival is an encouraging sign.

As of now, SpaceX has two or three possible West Coast missions scheduled in the last few months of 2020, but there’s a strong chance that they’ll suffer delays as they near their tentative launch dates. Up first is the joint NASA-ESA Sentinel 6A (Sentinel 6 Michael Freilich, Jason-CS A) ocean topography satellite, one of two new spacecraft meant to continue work done by the Jason-3 spacecraft (launched by SpaceX in 2016). According to a joint review completed on June 25th and referenced in an official document (PDF), SpaceX and NASA are working towards the first Sentinel 6A launch attempt no earlier than (NET) November 10th, 2020.

NASA awarded SpaceX the $97 million launch contract in 2017, all but guaranteeing that Sentinel 6A will fly on a brand new Falcon 9 booster. The fact that the booster spotted in transport over the last week was never seen East of Texas strongly implies that it’s a new Falcon 9 SpaceX tested in McGregor before shipping back to California, in which case Sentinel 6A is almost certainly SpaceX’s next VAFB launch.

In the likely event that the booster that arrived at VAFB on August 24th is unflown, it’s probably Falcon 9 B1063. Germany’s SARah-1 radar imaging satellite is possibly the only other West Coast launch on SpaceX’s manifest that could warrant sending a new booster to California, but recent signs point towards that ~2200 kg (4850 lb) spacecraft launching in Q1 2021 (a delay from Q4 2020) as part of a dedicated SpaceX rideshare mission.

Less likely, SARah-1 could have been manifested on SpaceX’s first dedicated rideshare mission, scheduled to launch in December 2020. Either way, as fairly complex and expensive one-off science spacecraft, both SARah-1 and Sentinel 6A are liable to slip right from their current launch targets, meaning that Falcon 9 B1063 will likely spend at least 2-3 months in storage between now and the start of its first launch flow.

Regardless of the payload or the first stage launching it, SpaceX shipped its former West Coast drone ship landing platform to Florida more than a year ago. Any Falcon 9 booster launching from California will thus have to be expended or land back on land at LZ-4.

While SpaceX and its mystery Falcon 9 booster wait for their next West Coast launch, the company will likely take advantage of the opportunity to familiarize an almost entirely new team of pad and launch engineers and technicians. After its June 2019 Radarsat Constellation Mission launch, SpaceX effectively mothballed its Vandenberg pad and either laid off or transferred the vast majority of employees specific to SLC-4. SpaceX began hiring to rebuild that team in early 2020.

Thanks to a major multi-launch US military contract SpaceX won just a few weeks ago, the company’s Vandenberg facilities are all but guaranteed to remain active – even if only intermittently so – for most of the 2020s.