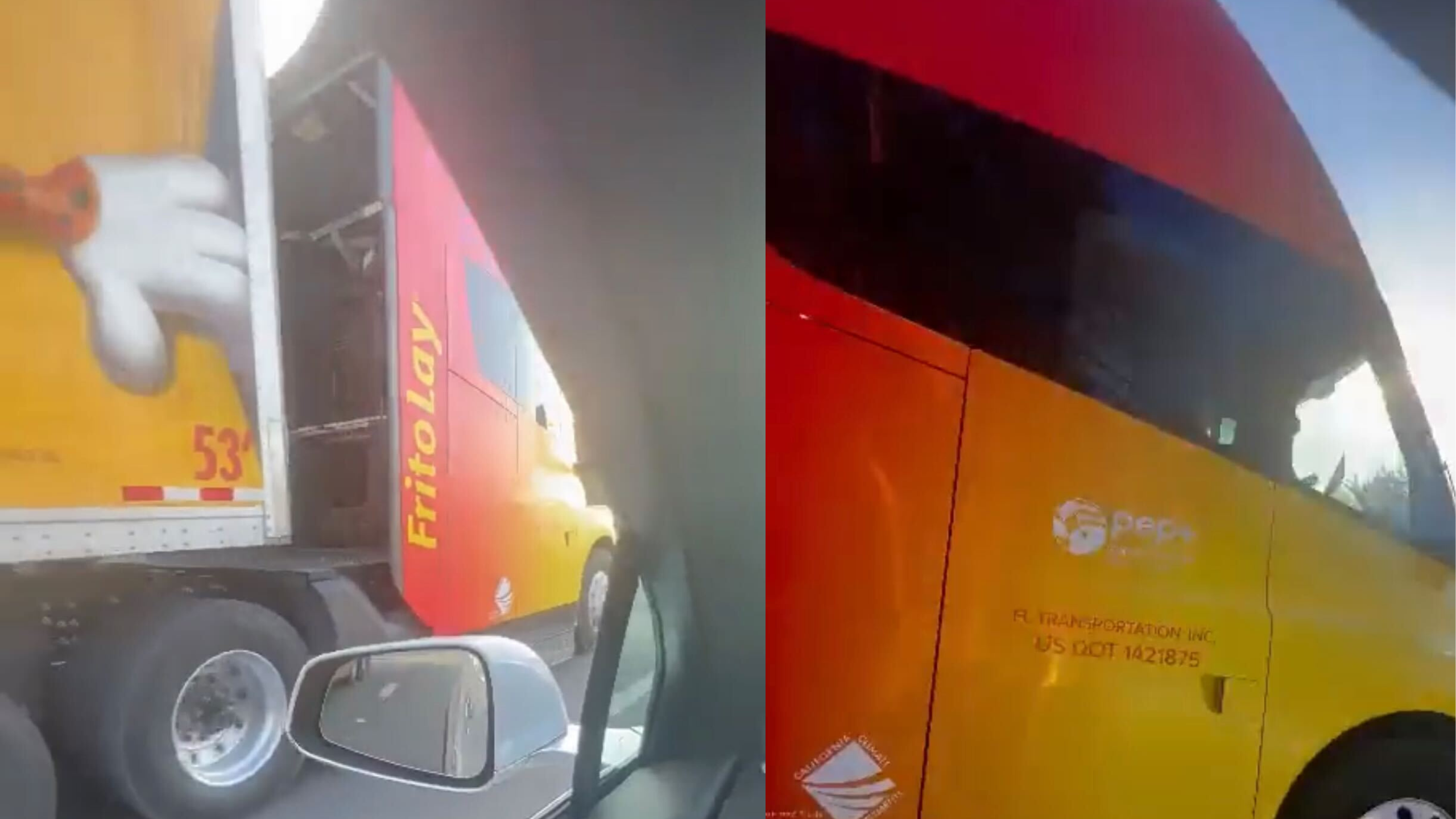 Tesla Semi for Frito Lay spotted cruising down the highway

A Tesla Semi that was recently delivered to PepsiCo and Frito-Lay was seen cruising down the highway over the weekend. The all-electric Class 8 semi-truck was captured on video by a member of the Tesla Owners of Silicon Valley and shared on Twitter.

The truck was wrapped in a blend of yellow, reds, and oranges, which matched the Cheetos-branded trailer designed featuring Chester the Cheetah.

Tesla Semi for @Fritolay spotted in Modesto by one of our members. This beast is going to change trucking forever. pic.twitter.com/Ws9OnmhTf7

If you listen with the sound up, you can hear the vehicle as it drives down the loud highway. Compared with the sound of a diesel semi truck, this one is much quieter–even in the video.

PepsiCo’s Tesla Semi was also spotted earlier this week on the highway by a Reddit user, u/Tutrifor, who uploaded the video to Reddit. The video was later shared on Twitter by Eva Fox.  In that video, the Tesla Semi was so silent that someone asked if the video was muted.

As we reported in September, Tesla Semi sightings will become more common. PepsiCo Vice President Mike O’Connell said on Friday that Pepsi plans to roll out 100 Tesla Semis that it purchased in 2017 in 2023. The soda maker will be using the Tesla Semis to deliver to customers such as Kroger and Walmart.

Tesla Semi for Frito Lay spotted cruising down the highway