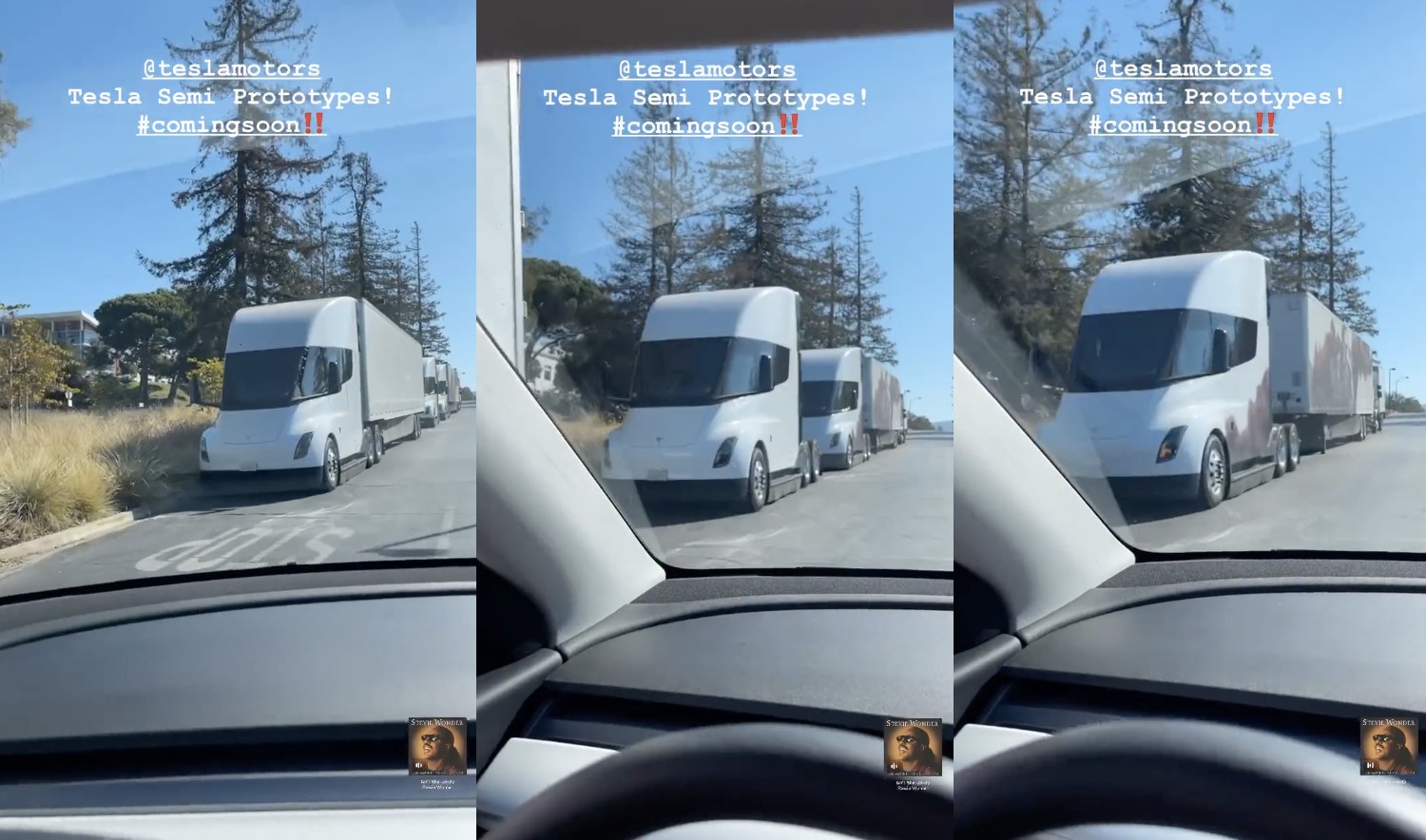 Prior to customer deliveries of a new vehicle, Tesla tends to test an increasing number of prototypes on public roads. This was the case with the Model Y prior to its release date, and now, this seems to be the case with the Tesla Semi as well. As per recent observations from the EV community, Tesla Semi sightings seem to be getting more common.

Just recently, for example, EV advocate Shoaib Quraishi posted a video of a Tesla Semi sighting that featured three of the vehicles in one location. As could be seen in the video, two of the Tesla Semi were pulling trailers behind them while one was bobtailing. All three were updated prototypes and looked ready for production.

Unveiled in late 2017, the Tesla Semi has been a long time coming. The all-electric Class 8 truck was initially expected to enter production sometime in 2019, but the vehicle ended up being delayed. Despite this, the truck never really stopped road tests, and last year, updated Semi prototypes started being spotted across the United States.

Elon Musk has noted as of late that the Class 8 all-electric truck’s 500-mile variant would be shipping later this year. This was quite a pleasant surprise because prior to this, Musk had been pretty conservative with his Tesla Semi estimates, simply noting that the vehicle would enter production next year.

Apart from Tesla Semi sightings, the EV maker has also been busy updating the vehicle’s official webpage. The Semi’s page on Tesla’s official site now shows updated specs and a revamped interior that looks production ready. It also included some features that have not been teased before, such as a stalkless Model S-esque steering wheel with apparent touch-sensitive turn signals.

Tesla has also been building out the Semi’s Megachargers, first in Gigafactory Nevada and later in customer locations like PepsiCo’s Modesto, California site. Overall, it is starting to seem like the Semi is just around the corner. Tesla may just be quite silent about it.