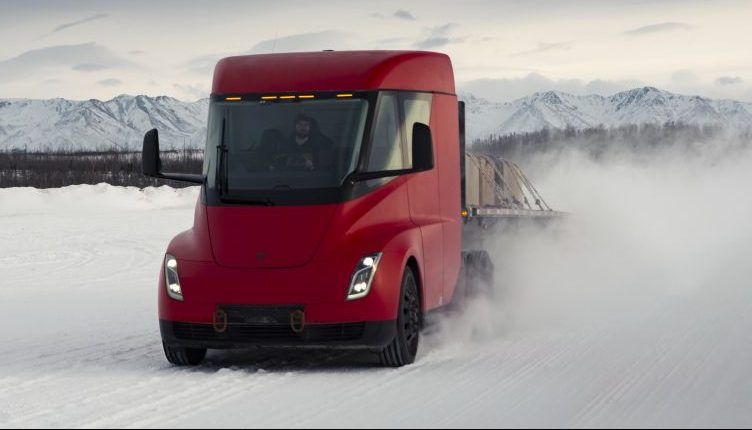 It appears that Tesla is ensuring that the Semi’s production version would exceed the specs of the already impressive prototypes that were unveiled back in late 2017. As per a recent email sent by the company to a customer in Germany, the Tesla Semi has been given some notable updates, allowing the Class 8 truck to perform better than expected.

Tesla’s message reportedly indicated that the design changes to the Semi that were spotted in the new prototypes were only the tip of the iceberg. This was because the fundamental changes to the upcoming all-electric Class 8 truck were done under the hood, improving the Semi’s range, efficiency, and reliability. “The most important changes were technical updates to the vehicle architecture and drive,” the email read.

Tesla did not quote an exact figure for the Semi’s improved range. However, the company reportedly noted that the Semi’s production units have a good chance at exceeding the initial 300 to 500-mile range estimates that Elon Musk announced during the vehicle’s unveiling in late 2017. The Class 8 truck, as per the email, could also be charged very quickly, likely thanks to the upcoming Megacharger Network.

The actual specs of the Tesla Semi’s Megachargers remain unknown for now, though back in 2019, the company submitted its charging standard for electric trucks to CharIN, the industry body behind the Combined Charging System (CCS) standard. Interestingly enough, Tesla’s submission hinted at a high-powered charging system that could provide an output that’s over 1 MW.