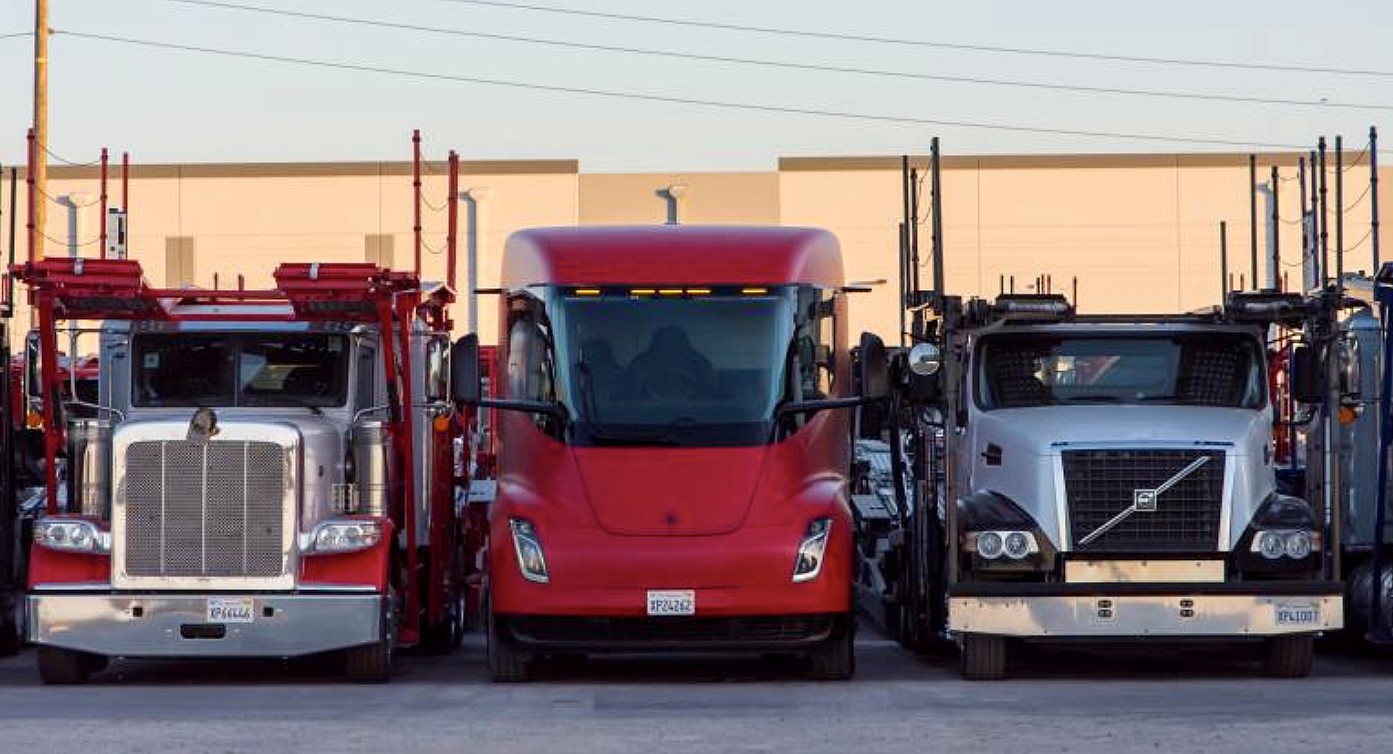 Bill Gates’ recent post about electric vehicles contained a number of interesting insights about his views on electrification. While the Microsoft co-founder noted that EVs present an ideal solution for short-haul travel, he argued that battery-electric vehicles will probably never be a practical solution for heavy-duty machinery like 18-wheelers. This makes vehicles like the Tesla Semi inherently flawed, at least according to the tech visionary.

Gates explained in his post that EVs do not work as long-haul vehicles like semitrailers because batteries are big and heavy. According to Gates, this results in an inherent problem, since moving more weight would require batteries, and more batteries would result in additional weight. Thus, even if electricity is drawn from zero-carbon sources, and even with innovations in battery tech, there are simply things that batteries would not be best at.

“The problem is that batteries are big and heavy. The more weight you’re trying to move, the more batteries you need to power the vehicle. But the more batteries you use, the more weight you add—and the more power you need. Even with big breakthroughs in battery technology, electric vehicles will probably never be a practical solution for things like 18-wheelers, cargo ships, and passenger jets. Electricity works when you need to cover short distances, but we need a different solution for heavy, long-haul vehicles,” Gates wrote.

With this in mind, the tech visionary explained that cheap alternative fuels would be a much better option than all-electric vehicles for long-haul travel. Gates noted that there are several types of these alternative fuels, though he took a particular focus on biofuels and electrofuels. The Microsoft co-founder explained that biofuels today are far different than the biofuels of the past such as ethanol. He added that some biofuels could be drawn from plants that aren’t grown for food, and some could even be used in existing engines without requiring any modifications. However, challenges remain with the rollout of biofuels for long-haul travel.

“I’m optimistic about these biofuels, but it’s too soon to think about replacing gasoline and other fossil fuels with them. Research on advanced biofuels is still underfunded, and they aren’t ready to be deployed at the scale we need. We need a lot more innovation before they become a realistic, cost-effective option for long-haul transportation,” the Microsoft co-founder wrote.

Gates also discussed electrofuels, which combine the hydrogen molecules in water with the carbon in carbon dioxide to create a liquid fuel that could work in existing internal combustion engines. According to the tech visionary, electrofuels have a lot of potential, but they remain very expensive, costing about 3 to 7 times the price of fossil fuels. The billionaire also noted that for electrofuels to work, the electricity used to create them would need to come from zero-carbon sources.

Interestingly enough, Gates’ recent post on electric vehicles did not mention Tesla at all, nor any of the company’s projects. That being said, the tech visionary’s remarks do suggest that he does not believe that the Tesla Semi could be a viable alternative to fossil fuel trucks. Gates’ stance would likely be put to the test soon enough, however, since Tesla CEO Elon Musk has stated that it is now time for the Semi’s volume production to start. This suggests that Tesla has finalized the design and specs of the Semi, whose production version will likely meet or even exceed its impressive specs, which were announced over two years ago.