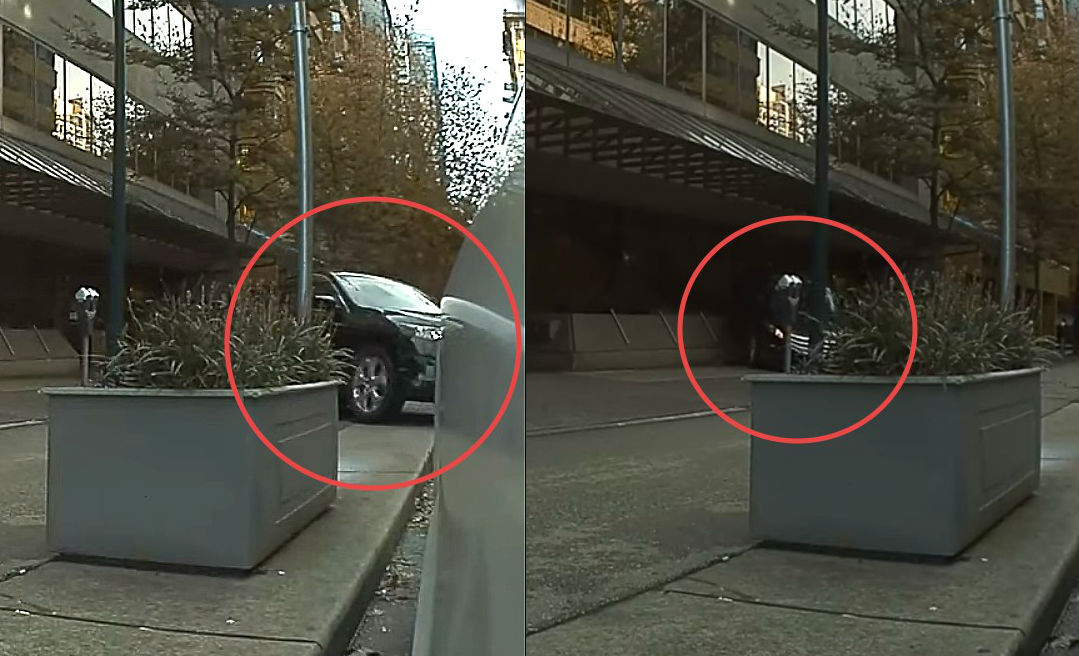 Tesla’s Sentry Mode recently captured an odd incident on camera involving a car flipping over while trying to parallel park between two Model 3 vehicles in Vancouver.

The incident happened on Tuesday, October 8, 2019, when the driver of a Honda Accord was trying to pull into a parking space on one of the city’s streets. The vehicle began backing into the spot normally but then shot quickly onto the sidewalk in reverse, slamming into a concrete barrier in front of a building before tumbling up and over onto its roof. The vehicle’s parking mishap resulted in two pedestrians getting injured.

Reports indicate that multiple people ended up in the hospital, including the two pedestrians who were nearly crushed by the car. When trying to avoid the toppling vehicle, they fell to the ground and injured themselves. People nearby rushed to the scene, attempting to help those who were injured. There is currently no word on what their injuries were or if they have been released.

Based on the Sentry Mode footage, it seems that the driver of the Accord may have accidentally pressed the gas pedal instead of the brake while parallel parking. That being said, the official cause of the accident remains unknown at this time.

The incident is undoubtedly unfortunate, but it does highlight the need to develop self-parking features that emphasize pedestrian safety. Tesla’s Smart Summon only moves at a maximum of 5 mph forward and reverse, for example, which means that incidents similar to the Accord’s mishap will likely not happen in a Tesla that is operating using its Full Self-Driving suite.

This would likely be the same case when the company releases its Smart Parking feature, which Elon Musk hinted at on Twitter recently. In the same way that Smart Summon is overly cautious, stopping for pedestrians and moving at a deliberate pace, there is a good chance that Smart Parking will function the same way. Elon Musk himself has predicted that Smart Parking will be quite “silly” at first, but even in such a state, it would most definitely behave in a manner that is a lot more controlled than the Honda Accord captured in the Sentry Mode video.

Unfortunately, human error when driving vehicles is all too common, but luckily Sentry Mode was able to catch the incident on camera. This could potentially help police figure out what went wrong during the Accord’s ill-fated parallel parking attempt.

The video of the accident caught by a Tesla Model 3’s Sentry Mode can be seen below.