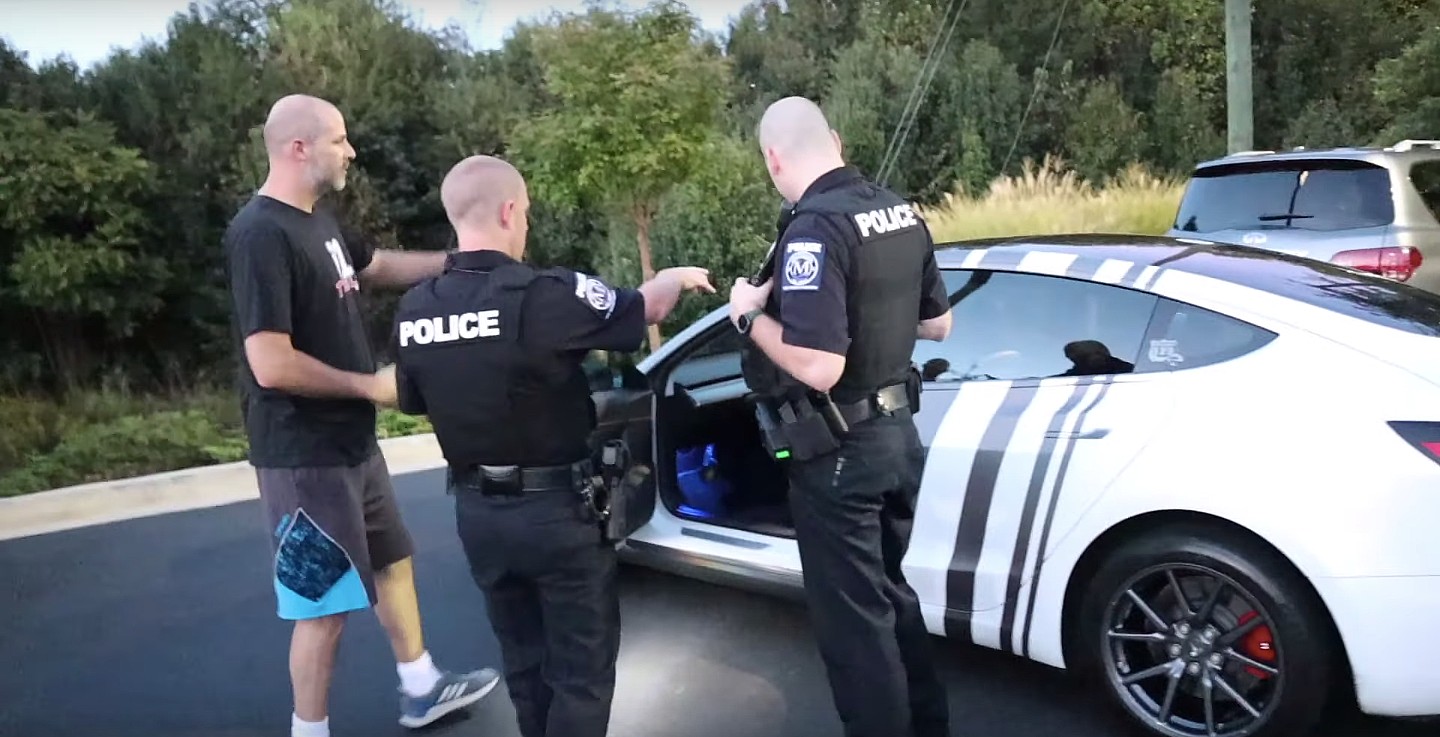 Tesla and the Police have been in the news together quite frequently over the past few months, with stories that have ranged from solved vandalism cases with the help of Sentry Mode, to an infamous Police Crusier involved in a high-speed chase. But thanks to Brian from i1Tesla, police officers in Mooresville, North Carolina got the chance to experience “Smart Summon” first hand.

Brian Jenkins took his dad to Chick-fil-a for dinner and encountered a few new members of the Mooresville Police Department. Chick-fil-a was actually hosting a meet-and-greet for members of the public to chat with the department’s new officers of the traffic division, and Brian saw this a great opportunity to show a couple of them the newly released “Smart Summon” feature of his Tesla Model 3 that came out with the V10 update.

“It was great to educate them on the car…to me, I really took this as an educational thing for them, and also to thank them for what they do,” Jenkins said. But Jenkins also saw it as an opportunity to clear the air on the legalities of Smart Summon. “I was able to ask questions, and get real answers this time,” he said.

Initially, Jenkins displayed Summon by showing the officers that he could pull his car over to his phone’s location by using the Tesla app. The officers seemed open-minded about the vehicle that was coming toward them without any driver. Impressed by Summon, they both asked Brian questions regarding the performance and safety of the vehicle.

After the showing of Smart Summon, Jenkins asked the officers several questions about traffic rules. “If I’m not in the car, what if someone backs out into the car and hits my car even though I’m controlling it?” The cop responded, saying “Well in North Carolina, we do an accident report and we don’t determine who is at fault, just contributing circumstances. So if that vehicle is coming towards you, and yes, you are in control of it, and that vehicle backs out, then it is improper backing on their part. So that would be on them.”

After a short conversation regarding liability in accidents, Jenkins took the two officers on a short tour of the vehicle, showing them the frunk and trunk, the cameras used for Sentry Mode, and even how the vehicle’s door handles work.

The wrapped Model 3 that Jenkins owns is not his only Tesla vehicle. He told the officers about his wife, who works long hours and is required to drive home when tired. Jenkins eventually persuaded his wife to buy a Tesla Model X that would help her stay safe on her commute home from a shift.

Police in Mooresville are used to fast cars and performance, as the town is the home of over 60 NASCAR teams and numerous drivers, including Dale Earnhardt Jr. Although the city has a rich history in cars, Tesla opens the eyes of many locals who seemed extremely refreshed at the idea of a new vehicle. Tesla gives residents a look at new-age cars and the technology they can contain. The Silicon Valley-based company’s presence in North Carolina is notable, as it is home to a microgrid laboratory that is powered completely by Tesla Powerpacks, and a company that leased a Model 3 to each of its employees.