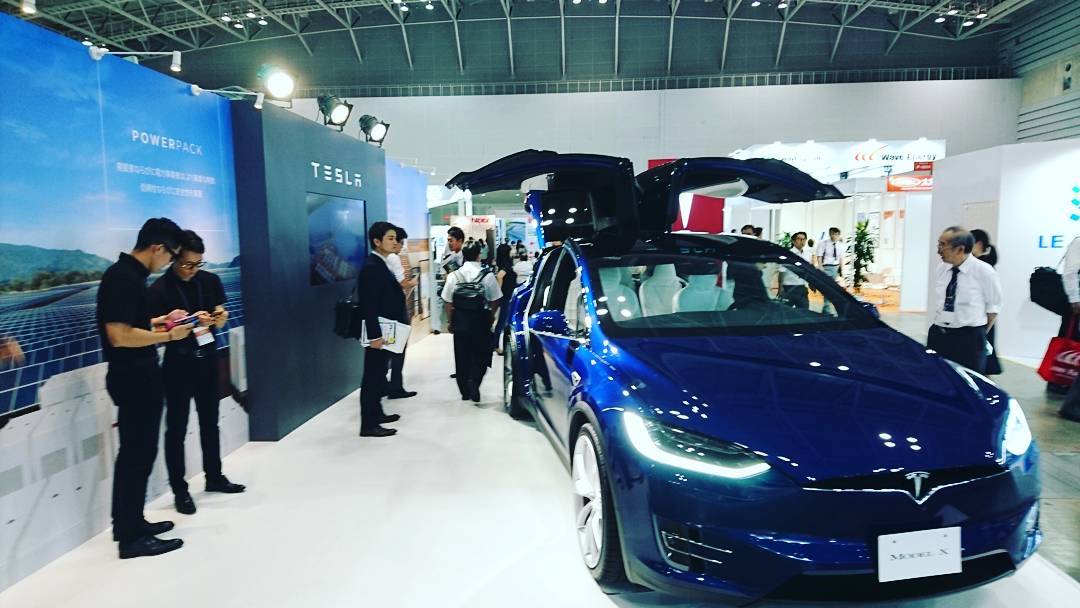 Tesla one day could break barriers in Japan’s lagging solar market after being featured at a Japanese photovoltaic technology exhibition.

The solar industry in Japan is regulated by the government, and utility companies are required to purchase renewable energy at fixed prices. The program was introduced in 2012 and demand from homes, factories and other buildings for the high-priced technology was low.

The set prices have since been lowered by the government, and Tesla’s low-cost solar cells were a big draw at the technology exhibition.

According to Nikkei Asian Review, visitors at PV Japan flocked to a Model X at the company’s booth, and later found out that Tesla offers cheap and realistic solar options for their homes.

While the company hasn’t rolled out solar products in Japan, Tesla plans to sell the technology for a quarter of what it would cost for current solar options.

The savings stem from many areas of Tesla’s production process, but Nikkei reports that selling the equipment and service directly to customers has allowed Tesla to cut costs by up to 50 percent. Recent reports that Tesla might be interested in acquiring a Swiss solar cell manufacturer could further reduce the cost of solar by another 50 percent.

Japan was the only major country last year where the solar industry shrank, while the U.S., China and much of Europe saw solar beginning to form as a major player in the energy industry.

Tesla’s home and commercial storage batteries could be another draw for Japanese buyers. The Powerwall 2, used for storing surplus energy generated by Tesla’s Solar Roof tiles or Tesla’s slim-profile solar panels, would allow homeowners to function without drawing energy from the main grid. It would also help equalize load on utilities.

Currently, Tesla has only four stores and service centers in Japanese cities, so a significant solar roll out in the country likely won’t come in the near future. As Tesla takes more steps to widen solar’s use domestically, the company will no doubt look toward countries like Japan to further its mission for providing sustainable energy to the world.