Tim Hughes, the senior VP of SpaceX’s global business and government affairs, testified earlier this morning before the Senate Subcommittee on Space, Science, and Technology and the Committee on Commerce, Science, and Technology. He put forth a strong argument that it would be in the best interests of both NASA and the United States to encourage commercial competition in pursuit of the exploration of deep space, and that this could be done with concrete goals like improved interplanetary communications, vertically landing spacecraft on the Moon, and sending substantial amounts of cargo to Mars.

Before joining SpaceX, Hughes was the central actor responsible for drafting and supporting the Commercial Space Launch Amendments Act of 2004, which effectively paved the way for NASA’s first programs of commercial competition just two years later. He joined the company in 2005, and has defined SpaceX’s approach to legal and government affairs in the many years since.

Leveraging data related to the major successes and efficiency of NASA’s Commercial Orbital Transport Services (COTS) initiative, which began in earnest in 2006, Hughes demonstrated that by awarding SpaceX with funds from COTS, NASA ultimately found themselves with a highly-capable orbital launch vehicle after a relatively miniscule investment of $396 million into the venture. A study later conducted by NASA estimated that developing the same vehicle with a traditional NASA or commercial approach would have cost approximately $4 billion or $1.7 billion respectively, implying that the COTS approach was as much as ten times more efficient than NASA’s own traditional strategies of launch vehicle procurement. SpaceX’s CRS-11 mission just over a month ago was the company’s 10th successful transport of cargo to the ISS. (SpaceX)

Of course, SpaceX themselves invested over $500 million initially following NASA’s COTS award, but NASA’s bode of confidence in the company likely made it possible in the first place for it to raise that level of funding. The point of this presented data, of course, is to segue into the argument that the introduction of commercial competition into the field of deep space exploration could also benefit NASA in the sense that it might be drastically more cost effective than current approaches. Hughes did not explicitly call out any current programs during his testimony, but the clear figureheads are the Space Launch System and Orion. Such a request from private industry also acts as a bit of a gentle suggestion to those in NASA, related Congressional and Senatorial committees. Subcommittees that past and current traditional strategies of hardware procurement for space exploration may be showing signs of age and obsolescence in the face of more efficient commercial ventures.

In fact, NASA’s Chief of Spaceflight, Bill Gerstenmaier, admitted earlier today in a very rare streak of candor that he “[couldn’t] put a date on humans on Mars” and that that was a result of a severe lack of budget to design and build the myriad technologies, hardware, and vehicles necessary to actually take advantage of a heavy launch vehicle like the Space Launch System. NASA is admittedly beginning to pursue and request industry information for what they are calling a Deep Space Gateway or NEXTSTEP, intended to be a small orbital base or space station located closer to the Moon than to Earth. A successfully-developed DSG would indeed become one completed facet of the architecture needed to bring humans to Mars, and can be compared in concept to SpaceX’s Big Falcon Spaceship in a limited fashion. 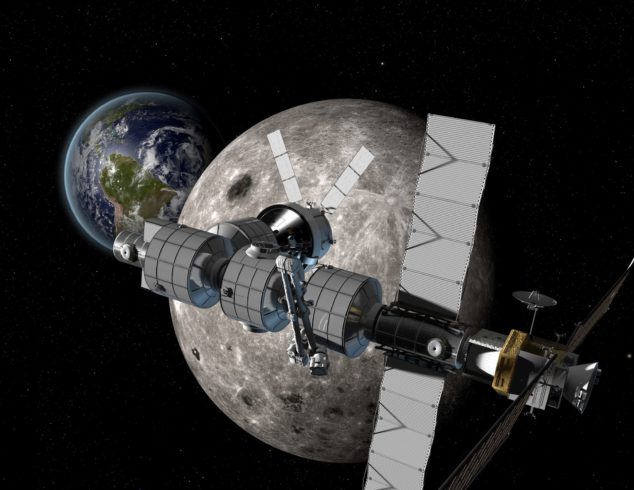 Boeing (pictured here), SNC, and five other companies all produced concepts that are now being evaluated by NASA for the NEXTSTEP program. (Boeing) 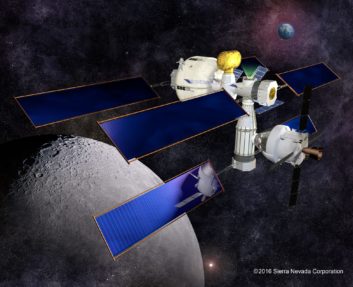 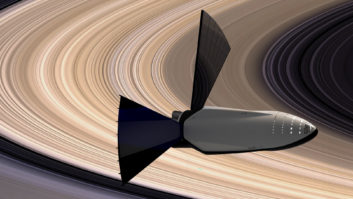 Given Gestenmaier’s frank admittance that NASA’s budget is not presently able to support even a fraction of what is necessary for their “Journey to Mars”, exploring alternative methods of more efficiently exploiting the money NASA could realistically make available for further deep space exploration is almost certainly a major priority, or it at least ought to be. Gertsenmaier’s unspoken need for more efficient methods of exploring Mars and deep space would perfectly mesh with the requested program SpaceX’s Tim Hughes also presented earlier today, and the potential benefits SpaceX might also reap from such an arrangement make it worth serious consideration.

The political and corporate mire that NASA is almost innately intertwined with is the primary and most obvious barrier to the existence of a deep space COTS-esque program, but it is possible that some amount of calculated politicking on behalf of SpaceX could result in the right Senators or Representatives getting behind SpaceX’s mission of cost-effective space exploration.