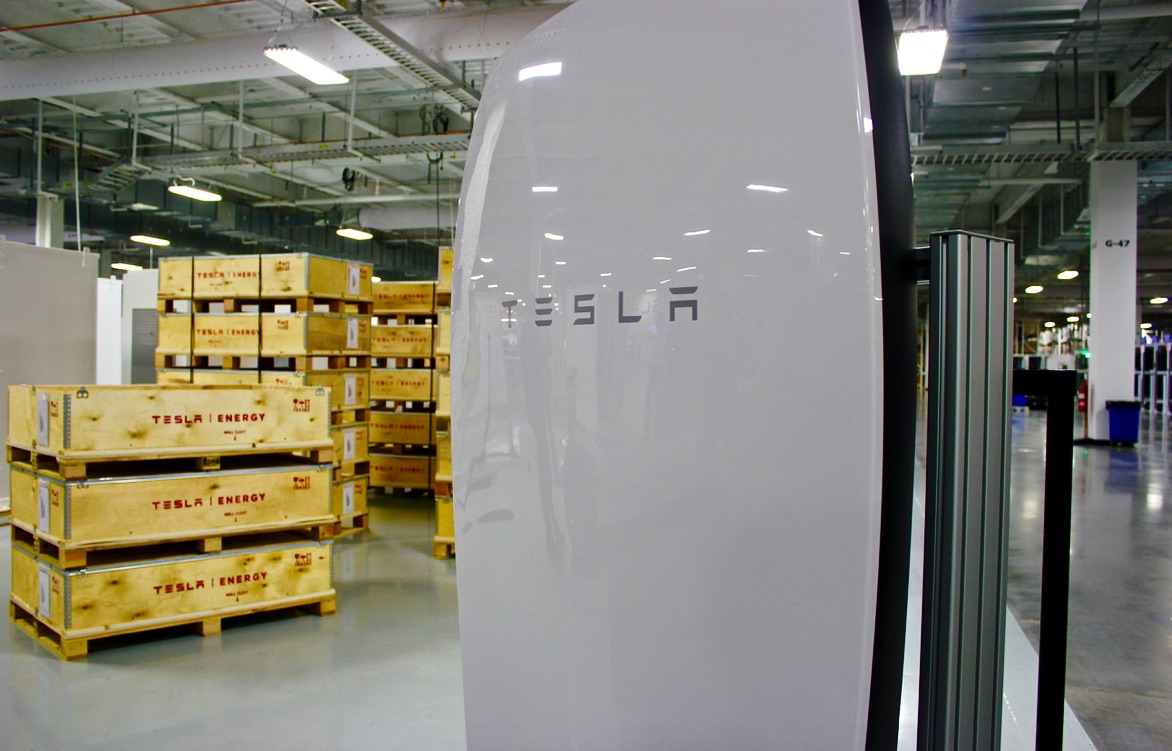 On Monday August 1st, Tesla announced that it had reached a definitive agreement to acquire SolarCity. Tesla provided investors with an Investor Presentation slide set, and a 180 pages long Form 8-K filing.

In the slide presentation titled Tesla to acquire SolarCity, the company provided details for the proposed transaction.

Tesla would acquire SolarCity in an all-stock transaction valued at $2.6 billion. SolarCity shareholders will receive 0.110 shares of Tesla stock for each share of SolarCity valued at $25.37 per share. The transaction is expected to close in Q4 2016 and subject to the approval by a majority of disinterested shareholders at both SolarCity and Tesla, to be voted upon at each respective shareholder meeting.

The Tesla SolarCity “strategic” combination would:

The presentation stated that SolarCity provides best-in-class rooftop solar installation costs of $1.92 per watt as of 4Q15, and is America’s #1 vertically integrated provider of residential and commercial solar, with a 35% share of the residential market and 14% share of the commercial market in 2015. Tesla is the world’s fastest growing car company, with an 18% market share of the “large Luxury sedans”  in 2015 with its Model S.

The combined company would leverage Tesla’s design and manufacturing expertise:

One of the major points of the slide presentation is that the combined companies would provide “substantial cost efficiencies”, with $150 million of direct cost synergies expected to be achieved in the first full year after closing the transaction.

The very long document filing includes the usual boilerplate for merger transactions, but also reveals quite a few interesting tidbits, buried into the document. These are quotes from the document.

“The Merger Agreement and the Merger be adopted and approved by stockholders of SolarCity, including by the holders of a majority of the total votes of shares of SolarCity common stock […] that are not owned by Mr. Elon Musk and the other directors. other than Nancy E. Pfund and Donald R. Kendall, Jr.”

Similarly, “the Merger and the Share Issuance be approved by the stockholders of Tesla, including by the holders of a majority of the total votes of shares of Tesla common stock […] that are not owned by Mr. Elon Musk and the other directors and the named executive officers of SolarCity and certain of their affiliates.”

This means that the approval will likely rely on mutual fund  managers and banks that hold large chunks of both Tesla and SolarCity stock.

As part of the agreement, SolarCity has a 45-day period known as a “go-shop”, which runs through September 14, 2016. This means that SolarCity is allowed to solicit alternative proposals during that time.

While most stock options equity awards of each company will be automatically converted into stock options of the “merged” company, the stock options set forth in a “Company disclosure letter” shall be cancelled for no consideration. It turns out that these options are the ones that were granted by SolarCity to Lyndon and Peter Rive, the CEO and CTO of SolarCity. These options amounted to about $128 million, and would have been earned over a 10 year period, based on achieving a set of goals of SolarCity stock price and operational results. For some unknown treason, Elon Musk’s cousins will get the shaft in the merger transaction related to their stock options.

But do not feel too bad for the cousins. According to a research report from Reuters, that analyzed the results of the merger, “three of Musk’s relatives, including brother Kimbal Musk and cousins Lyndon Rive and Peter Rive, will own a combined stake of 0.5 percent in Tesla. Kimbal Musk is a director of Tesla.”

According to Reuters “Elon Musk and key institutional investors will probably tighten their control over electric car maker Tesla Motors Inc after it acquires sister company SolarCity Inc.” “The largest institutional shareholder, Fidelity Management and Research, will see its stake grow from 12.2 percent to 13.4 percent. Two Fidelity-managed funds, Fidelity Contrafund and Fidelity OTC, together will control another 7.3 percent, up from 6.5 percent.”

Musk will remain the largest individual shareholder, boosting his stake from 23.2 percent to 25.0 percent according to Reuters.

Note that Fidelity has already come out in favor of the merger.

What this all means is that individual investors will have no say in the approval of the merger, and only a few more institutional investors are needed, besides Fidelity, to approve the merger. The only thing that could derail the merger is a third party bid for SolarCity, during the go-shop period. Given how debt ridden is SolarCity, the chance of of such a bid are fairly remote.

The initial market reaction to the details of the merger agreement was mixed, but eventually turned negative. On Monday the stock reached $236, but closed at $229. On Tuesday the stock initially sold off even more to $221, closing the session at $227.

Looking at the chart, The MACD has started pinching, indicating a possible end of the MACD-run that started on July 1st. Anyone selling today would have had a nice $11 gain, over a 1-month period, a very nice return. I personally closed my July 1st call option trade (I was long Sept 230 calls) when TSLA reached $236 on Monday.  I was planning to close my trade before the Quarterly report is released on Wednesday, and the high point of Monday made it a perfect exit. Notice that I never hold options or stock before a quarterly report, especially for a volatile stock as TSLA, as the post report swings are so wide that one can easily lose their shirt in the the span of a few hours.