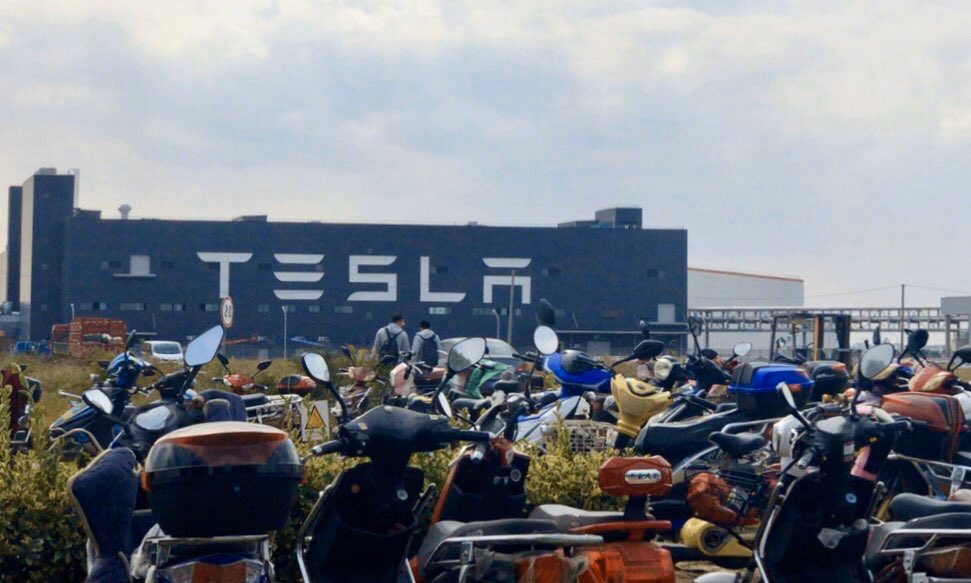 Tesla’s Gigafactory 3 in China just received what could very well be its most symbolic milestone yet, with recent images of the facility indicating that the massive general assembly building has been emblazoned with a bold “TESLA” signage that’s at least a couple of stories high.

A look at the bold signage gives the impression that Tesla is incredibly proud of its Shanghai-based facility — and it definitely should. Gigafactory 3, after all, or at least its Phase 1 stage, was completed in record time. The pace of construction in Tesla’s electric car factory has been so notable that the term “Tesla Speed” has reportedly been coined to describe the project. “Tesla Speed” is a step above “China Speed,” which is already a term that suggests a project is being completed in a very quick manner.

And this is a theme that has surrounded Tesla’s Gigafactory 3 project since it started hitting its stride around March this year. The first pillar of the Phase 1 area was built in the middle of March, and from that point on, Gigafactory 3’s growth has been nothing short of remarkable. Only seven months later, the Phase 1 zone was completed, the general assembly building was tooled, and trial Model 3 assembly runs appear to have started.

Things do not appear to be slowing down anytime soon either. Gigafactory 3’s Phase 2 area is currently under construction, and it seems to be progressing at an even faster pace compared to the Phase 1 zone. Phase 2 is expected to be a battery and drivetrain facility similar to Tesla’s Gigafactory 1 in Nevada, though it would operate on the same site as the vehicle assembly building.

So far, progress in Phase 2 has been impressive. Work on the site only started recently, but multiple pillars and roof trusses have already been built. Helping this rapid pace could be the end of China’s rainy season, which makes the ground in the Gigafactory 3 complex easier to work with. Overall, it would not be surprising if Tesla’s battery facility in its Shanghai-based site would be completed faster than the general assembly building.

Reports from sources in China point to Gigafactory 3 producing its first batch of Made-in-China Model 3 units for local employees, similar to the strategy adopted by the company in the United States. After this, official Model 3 production activities could begin within the next couple of weeks. Achieving this would be an incredible feat for Tesla, whose initial target for the site was trial Model 3 production to begin at the end of 2019.