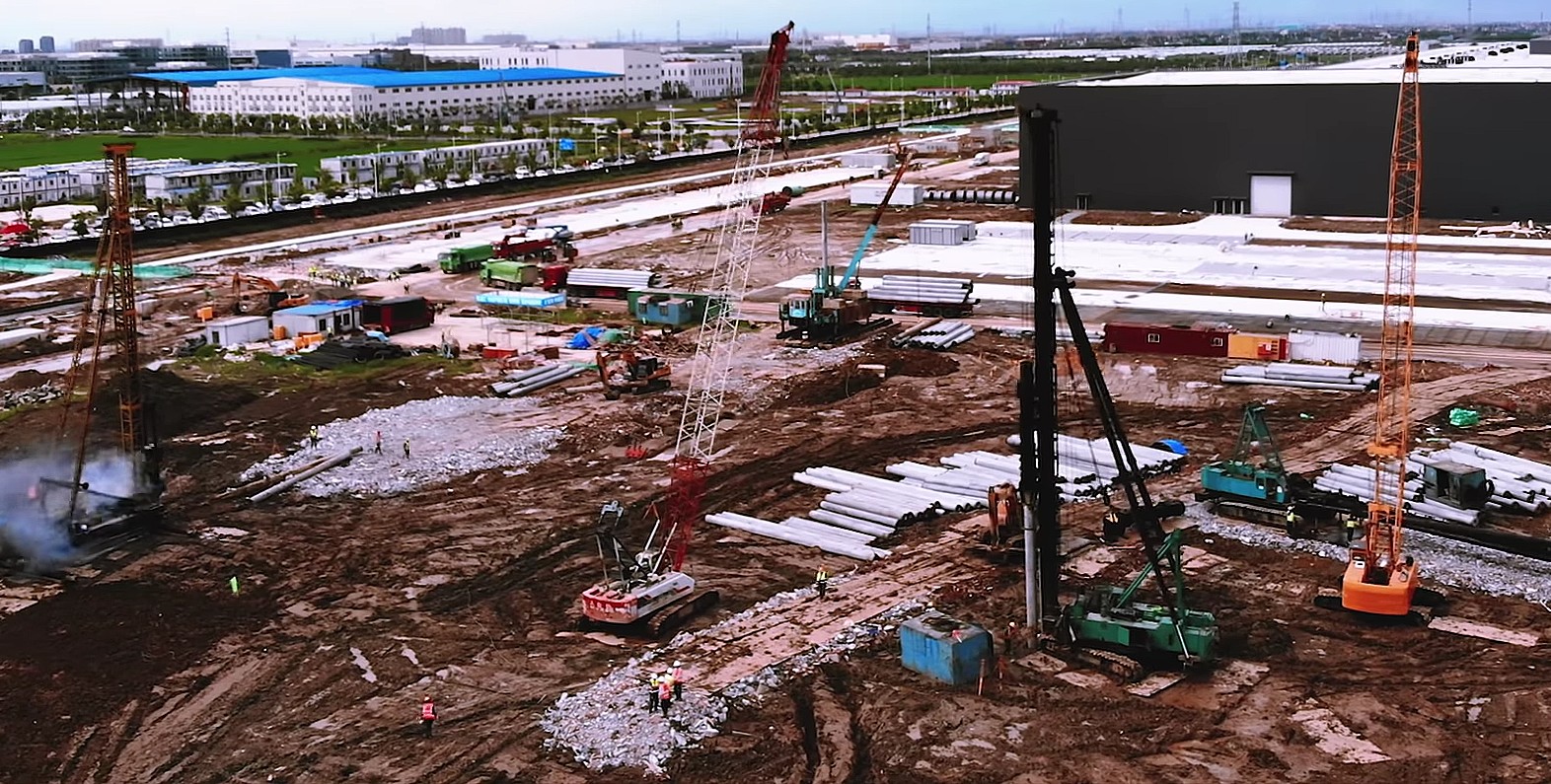 Recent reports from the electric car community in China are suggesting that Tesla’s Gigafactory 3 is about to expand its physical footprint, with the second phase of the complex’s construction now underway. The update comes as Tesla continues to prepare Gigafactory 3’s general assembly building for trial production runs of the Model 3.

The latest developments in the Gigafactory 3 complex were captured on film by drone operator Jason Yang, who has been following the progress of the site since its groundbreaking ceremony in January. Aerial shots of the massive electric car production facility revealed that a number of pile drivers and cranes have been deployed to the south of the general assembly building.

The scene is very reminiscent of the early days of Gigafactory 3’s buildout, which also involved the deployment of several pile drivers operating on an open area. Considering that pile drivers are utilized to provide foundation support for buildings and other structures, the presence of the machines on the southern end of Gigafactory 3 suggests that a new building will soon be built on the new site.

A closer look at the activities on the southern end of the general assembly building was provided by Tesla enthusiast Chao Zhou, who was able to converse with some employees working in the new construction area. The Gigafactory 3 workers reportedly remarked that the new construction zone was already part of the site’s Phase 2 buildout. What’s more, the workers also added that operations in the complex are still running 24/7.

The detailed plans for Gigafactory 3’s Phase 2 construction have not been reported by local media outlets yet, though speculations among the EV community are abounding that the southern end of Tesla’s Shanghai site might be allotted for a facility that produces battery cells and drivetrains for the Model 3 and Model Y. This is plausible considering that Tesla is conducting these operations in Gigafactory 1, though it should be noted that Gigafactory 3’s Phase 2 area seems to be quite small for such an important facility. For now, at least, the Tesla community can only wait and see what facility rises from Gigafactory 3’s Phase 2 buildout.

Tesla has hinted at significant optimizations in its electric car production process since it started building the Model 3 in its Fremont factory in mid-2017. Tesla has since learned a lot of painful and stark lessons from this endeavor, and all of these lessons are expected to be implemented in Gigafactory 3. This will be incredibly pertinent for Tesla, particularly as the Model 3 and the Model Y are two of its highest-volume vehicles to date. Coupled with the growing EV market in China, Tesla could soon find itself very busy operating Gigafactory 3 and attempting to meet the demand from the local Chinese market.

Watch the recent flyover of the Gigafactory 3 site in the video below.