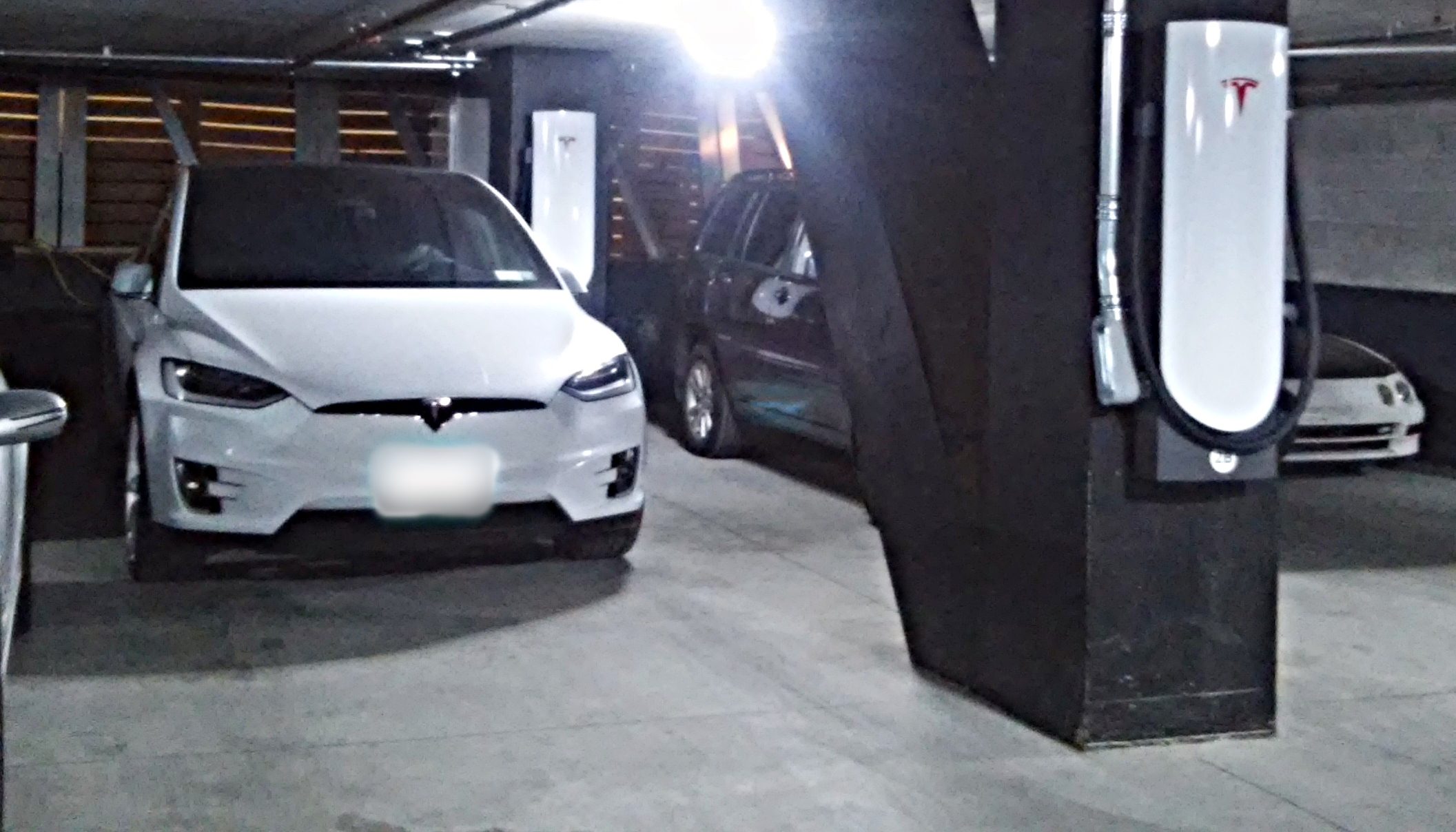 For Tesla owner James Salantiri, his Model 3 and the valet-only Supercharger station at the William Vale Parking Garage in Brooklyn, NY are intertwined. With his apartment just 10 minutes away by foot from the parking garage, Salantiri is a regular in the business. He would drive over to William Vale, hand his vehicle over to the valets, and drive away the next day, charged and ready for the road.

It was a system that has worked since he took delivery of his black Long Range Model 3 RWD on March 2018. Salantiri had waited long for his Model 3, having been one of the reservation holders who waited in line to put a deposit on the vehicle during the day of its unveiling. The parking garage has served him well, even when Tesla started rolling out strict Supercharger idle fees.

Tesla initially introduced a $0.40 per minute idle fee for its Supercharger Network on December 2016 to discourage owners from keeping their vehicles connected to the high-powered charging stations even when their electric cars are fully charged. Tesla raised its idle fees on September 2018, adjusting the fees to $.50 per minute. When a charging location is fully occupied, the company’s idle fees go as high as $1.00 per minute.

This system is particularly tricky for Tesla owners like James Salantiri, who regularly use valet-only Urban Superchargers to charge their vehicles. In a message to Teslarati, the Model 3 owner noted that William Vale’s valets would usually charge Teslas and unplug them as needed when the parking garage gets full as part of their service. At times when the parking garage is relatively empty, the valets would at times go the extra mile by plugging a vehicle overnight.

When the electric car maker rolled out its updated Supercharger idle fees, Salantiri was informed by a Tesla representative that since the garage is valet-only, and since owners have no control when their vehicles are plugged in or taken off the Urban Superchargers at the location, any idle fees incurred at the parking garage would be waived. This setup worked well. Even when the vehicle is left plugged in overnight and large idle fees are incurred by his Model 3, Salantiri would see the charges either waived or refunded.

Things changed recently. Upon looking at his recent bank statement, the Model 3 owner noticed two Tesla Supercharger charges to his account amounting to $1,147.16, comprised of a $171.04 charge on August 1 and a $976.12 charge on July 23. This prompted Salantiri to contact the electric car maker, where a representative reportedly informed him that a refund wasn’t possible due to the Supercharger not being on Tesla property. In the following call that was escalated to a supervisor, Salantiri was told that the recent fees could not be waived or refunded since the company’s waive/refund policy for Supercharger idle fees only covers an initial charge. Attempts to contact the parking garage’s new management about the issue were also unsuccessful.

A look into Tesla forums such as the Tesla Motors Club shows that Salantiri’s issue was not an isolated incident. Another Tesla owner, who goes by the username choatie88, noted that he was also charged a notable idle fee at the same location since his vehicle was left to charge overnight. In a message, the Tesla owner noted that he eventually got a one-off refund once he explained the parking garage’s valet-only nature to Tesla. Unfortunately for Salantiri, his one-off refund/waive credit appears to have been used up over his regular trips to the location. 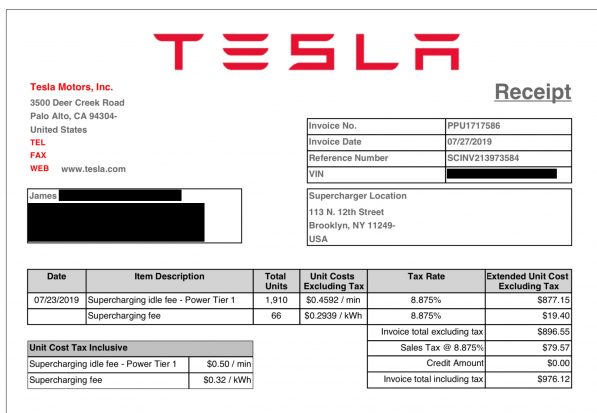 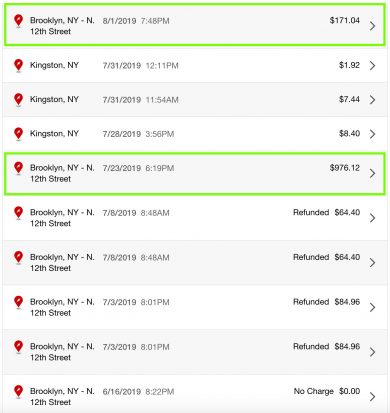 Tesla noted in its Supercharger idle fee announcement last September that there is no upper limit on the amount of fees that a vehicle could accrue. This is absolutely fair in public charging stations where owners have full control when they could plug in and remove their vehicles from a Supercharger, but this system hits somewhat of a gray area when it comes to valet-only parking locations. It would be difficult for owners to remove their vehicles from a Supercharger, after all, if they do not have access to their cars.

In a message to Teslarati, Salantiri noted that it would perhaps be best for Tesla to roll out an upper limit for Supercharger idle fees, at least in locations that are valet-only. Or perhaps the electric car maker could just maintain its previous system, which automatically addresses idle fees in places where owners could not disconnect their vehicles from Superchargers. In places like the William Vale Parking Garage, which city dwellers depend on for their charging needs, perhaps Tesla could also roll out Destination Chargers instead, which are not as quick as Urban Superchargers, but do not accrue idle fees once a vehicle is fully charged.

The Model 3 owner has informed us that his vehicle’s idle fees at the William Vale Parking Garage have been waived by Tesla. A representative from the parking garage further explained that an error on Tesla’s backend caused the charge to be levied, but it has been reversed, considering that idle fees do not apply to valet-only Superchargers.