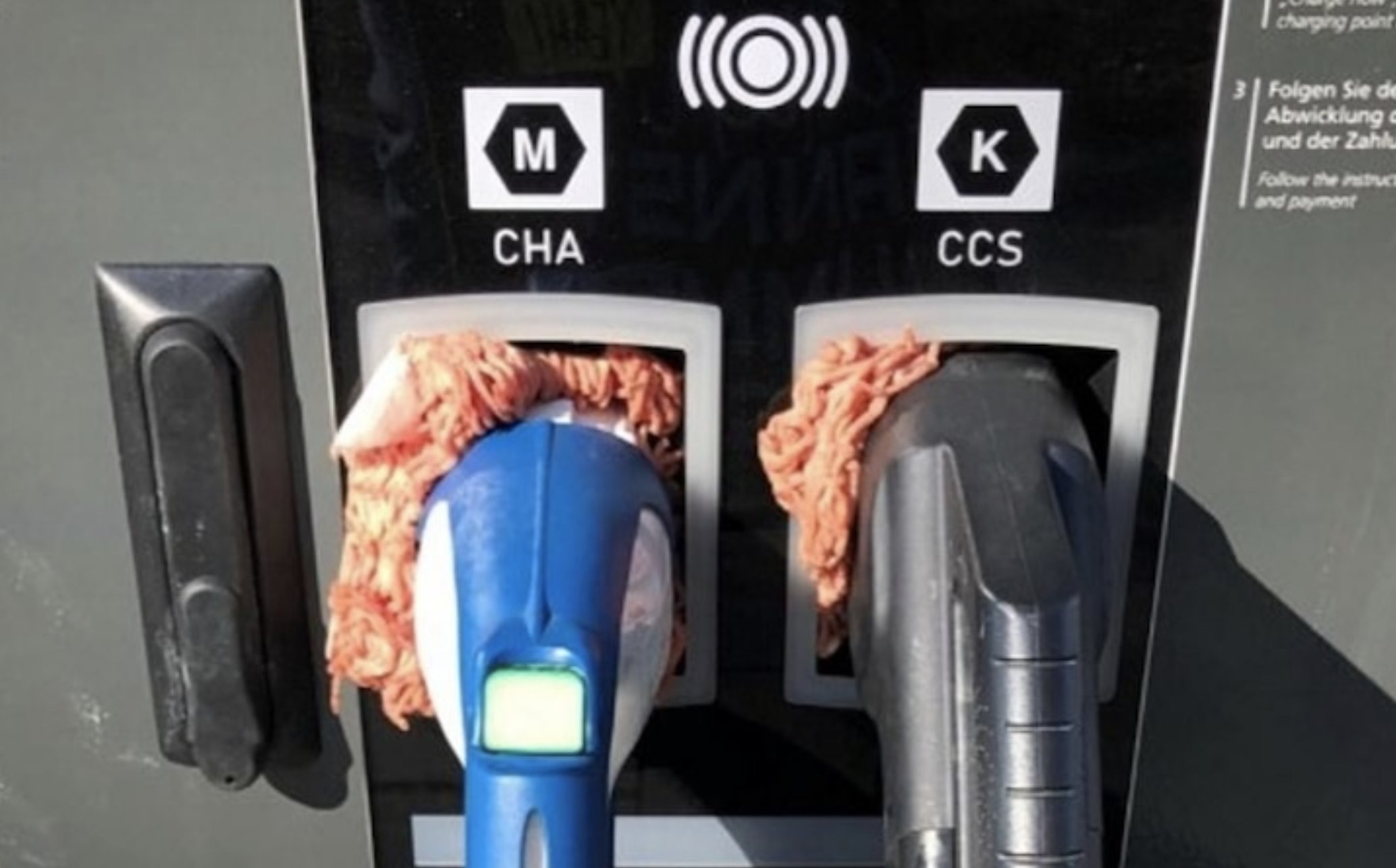 The shift to electric cars is underway, and based on the initiatives of countries and regions like Europe, the age of the internal combustion engine is ending. This does not mean that everyone is fine with the EV shift, however, and sometimes, these anti-electric car sentiments are expressed in the weirdest ways.

Tesla and its vast Supercharger Network are no stranger to these incidents. Over the years, Tesla has seen its Superchargers getting their wires and charging ports intentionally cut down, bumped, and deliberately blocked by an internal combustion vehicle. These annoying anti-EV acts pale in comparison to a recently reported incident in Germany, at least with regards to how downright weird it was.

As noted in a recent report from Efahrer.com, an electric vehicle charging station in Munich fell victim to a prank that effectively destroyed some of the charger’s parts. For their prank, the vandals stuffed some EV chargers at Marklandstraße with raw minced meat. The vandals managed to get the meat into the charging station’s connectors, which meant that some of the material ended up in the contacts of the plugs.

This effectively rendered the targeted EV chargers inoperable, as their contacts had to be replaced. Unfortunately, there have been no leads about who may have been responsible for the attack, though Stadtwerke München (Munich City Utilities) has noted that there have been more and more cases of vandalism against electric vehicle charging facilities in the area.

Pic, in Munich someone put minced meat in the connectors pic.twitter.com/agOiz0HxpG

While there is no single way to prevent acts of vandalism against electric vehicle charging stations, there are ways to discourage would-be vandals. This was demonstrated last year when a Tesla Model 3 parked in an underground garage became the target of two men who attempted to break the vehicle’s charging port by violently kicking it. Fortunately, the incident was recorded by Tesla’s Sentry Mode, which allowed the owner to share the footage with the parking garage’s management, while making the incident visible to a broad audience.

As electric cars become more mainstream, one could only hope that the vandalism attacks against EV charging stations would stop, or at least drop significantly. Perhaps electric vehicle charging facilities and fellow carmakers alike could take a page out of Tesla’s playbook and enable video recording of their respective facilities and vehicles. Fewer vandals will likely try something daring if they knew that they are being recorded, after all.