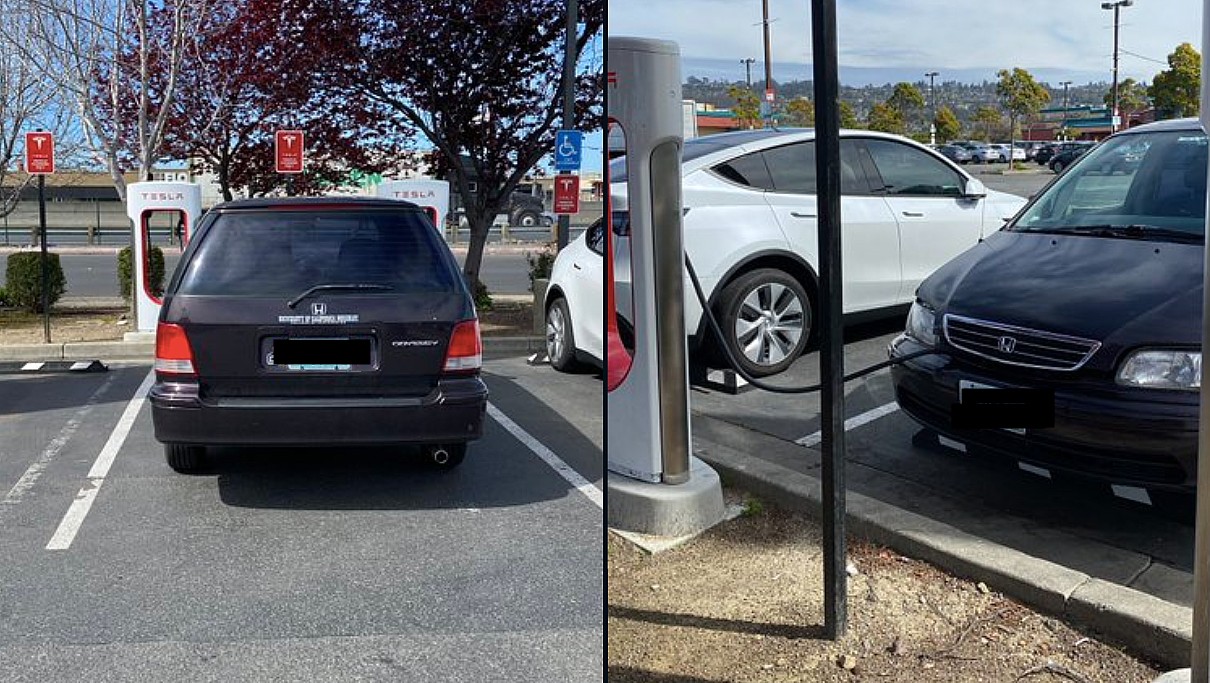 At this point, it’s pretty much a given that Teslas and other electric cars are only going to get more prominent over time. And as electric vehicles become more popular, the number of charging stations such as Tesla Superchargers is only bound to increase. This, unfortunately, does not seem to sit very well with some non-EV drivers.

The practice of ICE-ing, wherein a non-electric car blocks an EV charging station, has been going on for some time. Sometimes, the drivers or organizations behind the ICE-ing incident own up and apologize, as could be seen back in 2019 when members of a Cars & Coffee group from New York blocked a Supercharger en masse. At other times, ICE-ing culprits end up feeling the strong arm of the law, as could be seen in Berlin when a Ford Raptor got towed after blocking a Supercharger.

Most times, however, ICE-ing incidents end up unchecked. And unfortunately, some ICE-ers seem to see the practice of blocking electric car charging stations as a joke, or something that is completely a non-issue. This was something that was personally experienced by filmmaker and Tesla Model 3 owner Arash Malek recently, when he encountered some ICE-ers that proved pretty determined to block a Supercharger.

They thought it was funny, I confronted them and they just ran off. @Tesla @elonmusk @teslaownersSV pic.twitter.com/DLN2eoWs3U

As noted by Malek, he encountered a Honda Odyssey with UC Berkeley stickers that was blocking a Tesla Supercharger stall. The ICE-ers even “plugged in” the Supercharger cable to the van’s front grill, seemingly highlighting their “joke.” When confronted by the Model 3 owner, the ICE-ers simply ran off and went inside a nearby mall. Malek noted that there was actually a sign in the area that cars blocking EV charging stations would be towed, but the sign did not include a contact number.

Considering that Superchargers are becoming more and more common, it may be a good idea for Tesla to implement some measures that would prevent its charging stalls from being occupied by vehicles that are not supposed to be parking in the area. Tesla already implements such a system in China, where the company uses smart locks that trap non-Teslas that park in a Supercharger stall. A similar fix in North America would probably go a long way towards avoiding more incidents such as those experienced by the Model 3 owner.