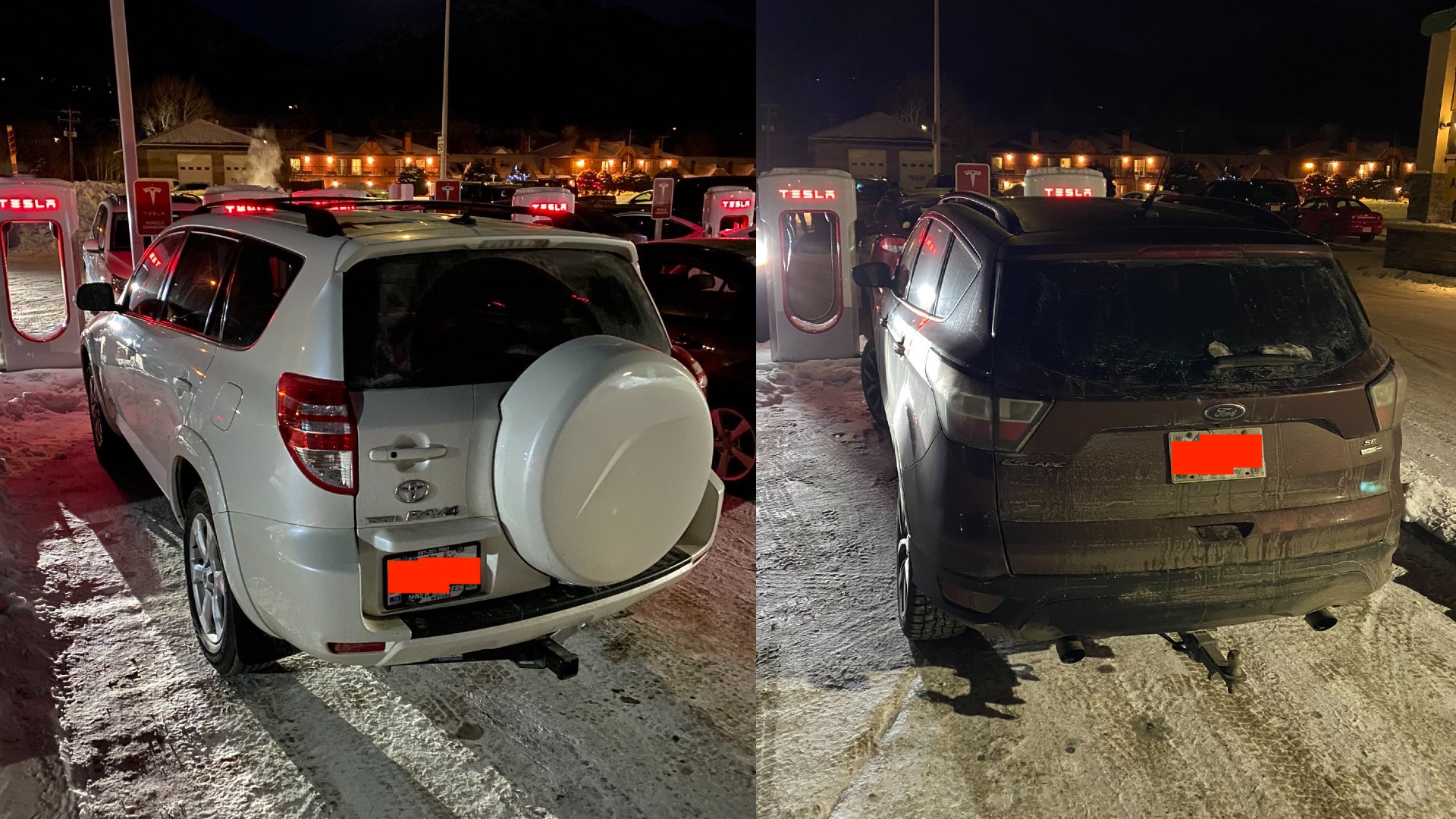 Tesla Model X owner Anshuman Chhabra was in the town of Canmore in Alberta, Canada, when he experienced one of the most inconvenient and annoying things that could happen to an electric car driver. Pulling up into a Tesla Supercharger, the EV owner discovered that most of the charging stations had already been occupied–not by electric cars but by fossil fuel-powered vehicles.

Chhabra shared his experience in a tweet, where he noted that because the entire Supercharger station had been blocked by ICE cars, there was no space left for an electric vehicle to charge. The Model X owner ultimately ended up waiting 30 minutes to access an open slot in the Tesla Supercharger, and that was only because one of the cars blocking a stall moved out.

Parking violations as all charging spots were blocked at the #Tesla supercharger at @TownofCanmore. No spot for Tesla EVs to charge. Had to wait 30 mins before could find a charging spot. Action needed: @RCMPAlberta @DriveTeslaca pic.twitter.com/sSS0JdTK4Y

The practice of blocking electric vehicle charging stations, better known in the EV community as ICE-ing, has been going on for years. While there have been reports of Superchargers being blocked maliciously by anti-EV drivers in the past, a good number of ICE-ing incidents seem to stem from other drivers simply being unaware of the fact that they are not supposed to park at a charging stall.

Considering the Canmore Supercharger location visited by the Model X owner, this may very well have been the case. After all, the site is home to a restaurant and other businesses, which means that patrons who cannot access their designated parking slots may find Tesla’s open charging stalls attractive.

This does not excuse the practice of ICE-ing, of course. However, it does highlight the need for electric vehicle makers like Tesla to adopt some systems or contingencies that could help prevent chargers from being blocked. Tesla China is already adopting such a system, using some innovative locks that only allow access to a charging slot once a Tesla is detected. Regulations and rules from the local government help a lot, too, as they would provide a negative incentive for ICE drivers to block electric car charging stations.

Teslarati has reached out to Canmore about the incident and any local programs that may discourage ICE-ing. As per the town, the property owner or manager would have to send in a vehicle removal form if the blocked Supercharger is built on private property. Blocked Superchargers in Town of Canmore property are easier to deal with, as Tesla owners would only need to report the incident to have officers attend to the situation.

With electric cars being more prevalent, it is high time for ICE-ing practices to be heavily discouraged and anti-ICE-ing regulations to be enforced. States like Colorado have already taken significant steps towards this goal with HB19-1298, a bill that imposes penalties to drivers who occupy EV charging spots without any intention of charging their cars. These are small steps, of course, but they emphasize the idea that EVs should not be blocked from accessing public chargers. ICE-ing is the equivalent of someone blocking a gas pump and leaving, after all, and that’s something that will likely not be tolerated by drivers everywhere.