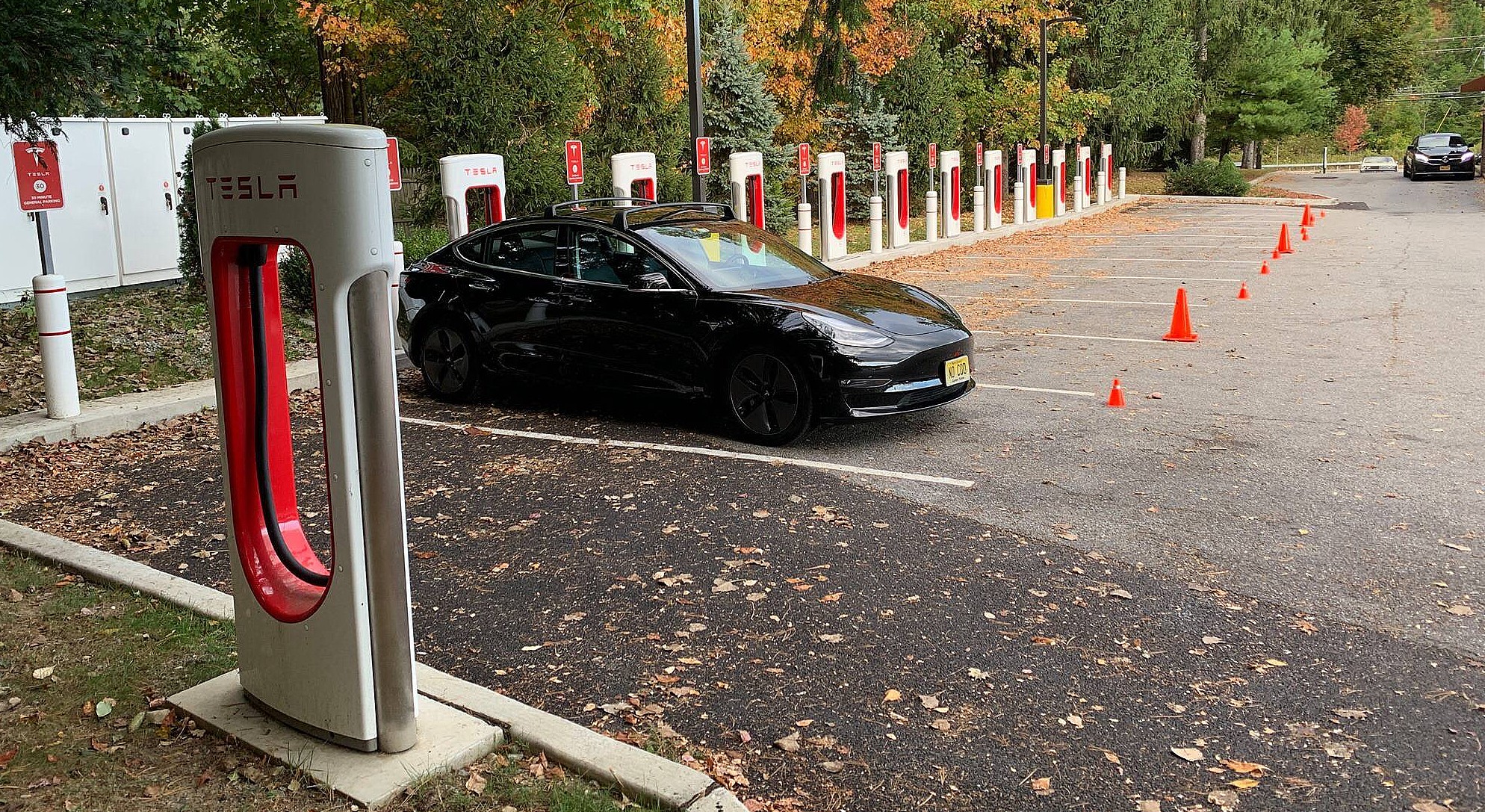 After its members were called out for blocking a Tesla Supercharger en masse last Sunday, the Cars & Coffee Yorktown, NY group has made sure that its next regular meetup will be free of any untoward incidents. The result of these efforts was a Supercharger that was free to use by any Tesla owners in need and a Cars & Coffee session that welcomed a member of the electric car community.

The Cars & Coffee Yorktown, NY group caught the ire of the Tesla and electric car community last week after images emerged online showing a group of its members parking their muscle cars and other high-performance vehicles in a Supercharger, effectively blocking access to all of the station’s stalls. The incident resulted in strong reactions among EV enthusiasts online, especially after it became evident that the organizers of the meetup had posted a request to its members to not block the Supercharger before the Cars & Coffee session.

With images of the mass-blocked Superchargers spreading online, the organizers of the auto enthusiast group explained that they would work harder to ensure that such incidents will not happen again. If photos taken of the Supercharger this past Sunday are any indication, it appears that Cars & Coffee Yorktown, NY stayed true to their word, keeping the charging station’s stalls free of parked vehicles during the duration of its most recent meetup.

Tesla Model 3 owner Benswing Rich, who wanted to check out the location following the previous week’s incident, posted several images of the ICE-free Supercharger. Cones clearly marked “Tesla Only” appear to have been placed by the auto enthusiasts as well, to further emphasize that the spaces in the charging station were only intended for Teslas. The Tesla owner shared his observations on a Tesla Model 3-themed Facebook group.

“Cars & Coffee in Yorktown NY, where a bunch of people blocked the Superchargers last weekend, has put cones to signify the Superchargers are for Tesla owners only. I met the organizer and he is a good guy. He loves cars including Teslas. Please share!” he wrote.

“We had a nice turnout today at C&C. We met a great Tesla owner Ben Rich who was spurred to come to C&C due to the social media ruckus of this past week. He saw that what was being said by many folks in the Tesla community (most that live nowhere near here) portraying us as EV/Tesla haters were false. As you can see pictured, we made sure to block off all the Tesla charging spots for the C&C time period to avoid issues experienced last week. We learned a lot about Teslas from Ben and had an all-around great morning,” the organizers wrote.

Ultimately, credit is due to the organizers of Cars & Coffee Yorktown, NY for stepping up and staying true to its word. While the previous week’s incident was unfortunate, the group appears to be showing some real effort to ensure that such a thing does not happen again. Perhaps more Teslas could be part of the group in the future? If the Tesla Model 3 owner’s update is any indication, that seems to be a real possibility. Real car enthusiasts recognize and respect great vehicles, after all, electric or otherwise.