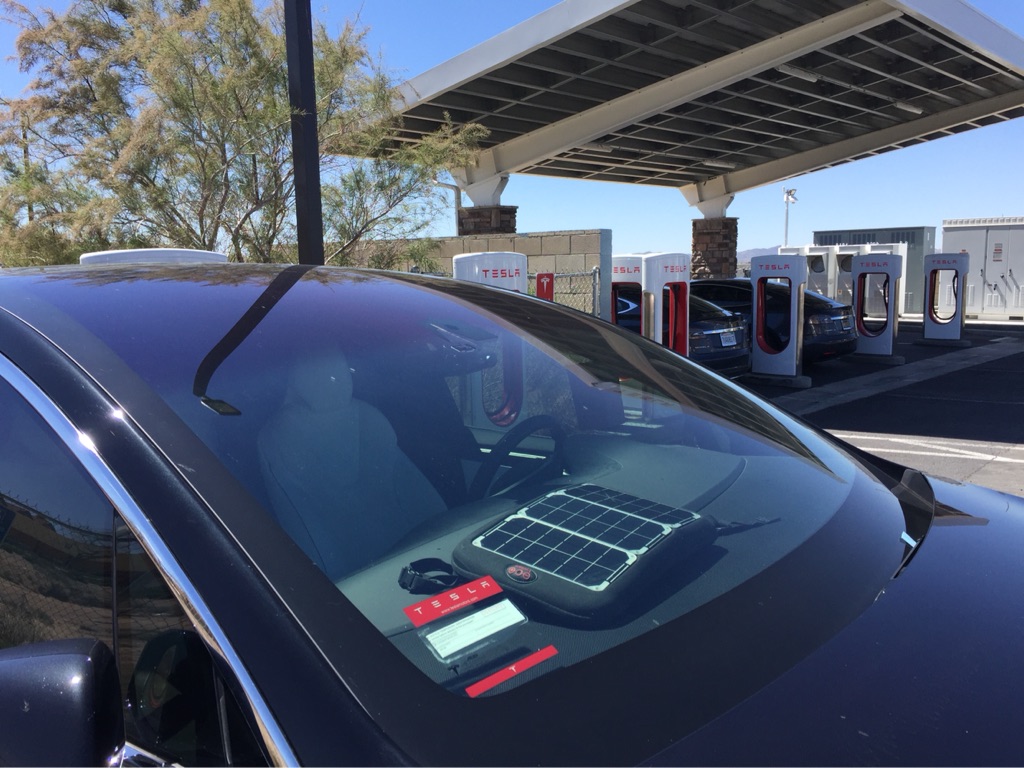 Tesla Superchargers will use solar power and batteries, says Musk

Tesla CEO Elon Musk revealed on Twitter that all Superchargers are being converted to solar and battery power, with the end goal of being almost entirely off the electricity grid.

All Superchargers are being converted to solar/battery power. Over time, almost all will disconnect from the electricity grid.

The reveal follows Tesla’s continued push “to accelerate the world’s transition to sustainable energy.” According to Musk’s Master Plan, Part Deux, one of his principle goals is to integrate energy generation and storage through solar and battery products “that just works”. Musk’s pledge via Twitter demonstrates that this plan is still on the forefront. “All Superchargers are being converted to solar/battery power. Over time, almost all will disconnect from the electricity grid.”

The shift to off-grid Supercharging isn’t as lofty of a goal as it may seem considering the company’s successful track record for building self-sustained energy systems. Tesla has created a microgrid system that can sustain the island of Ta’u for 3 full days without sunshine through the use of solar and its commercial Powerpack battery system. Tesla has a similar installation in Southern California, and plans to install the largest Tesla solar-battery energy system to date in Southern Australia.

Tesla currently has 861 Supercharger stations and 5,655 individual stalls globally, with plans to double the high-powered charging network by the end of the year.

Tesla Superchargers will use solar power and batteries, says Musk