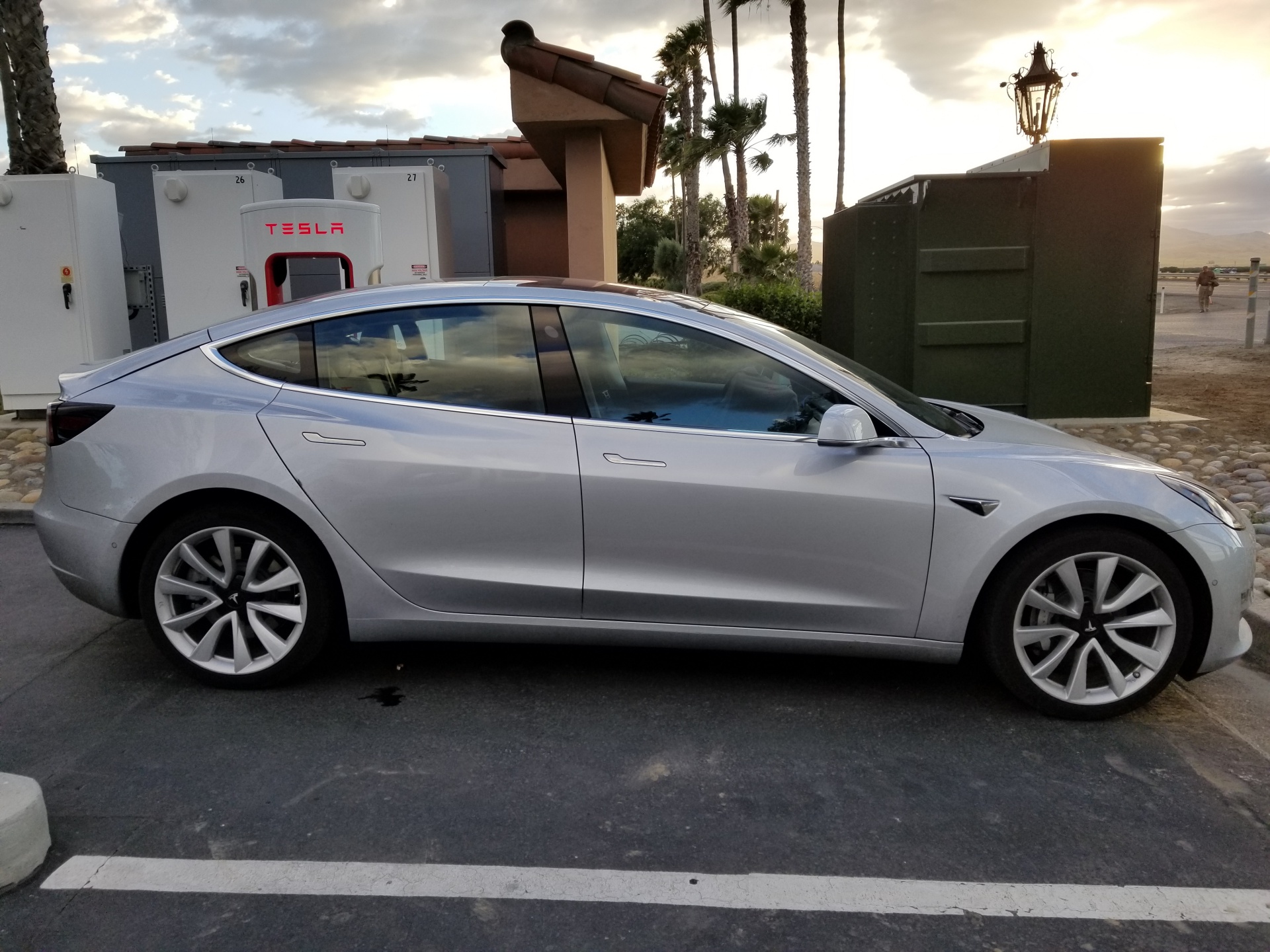 Sightings of Tesla’s Model 3 near Silicon Valley and the company’s Fremont factory has become all too commonplace in recent weeks, but a new set of high quality photos showing a silver Model 3 at the popular Harris Ranch Supercharger station gives us a first look at Tesla’s upcoming mass market sedan charging midway between San Francisco and Los Angeles.

The Harris Ranch Supercharger off of Interstate 5 in Coalinga, California is one of Tesla’s busier charging stations, strategically located roughly 190 miles in either direction between the two major cities. It’s also home to the now shutdown Tesla battery swap station.

Redditor WattLOL and Tesla owner recounts being at the Harris Ranch Supercharger when they spotted a gorgeous silver Model 3 release candidate also charging. They posted a series of very comprehensive and high quality photos of their Model 3 sighting as follows: 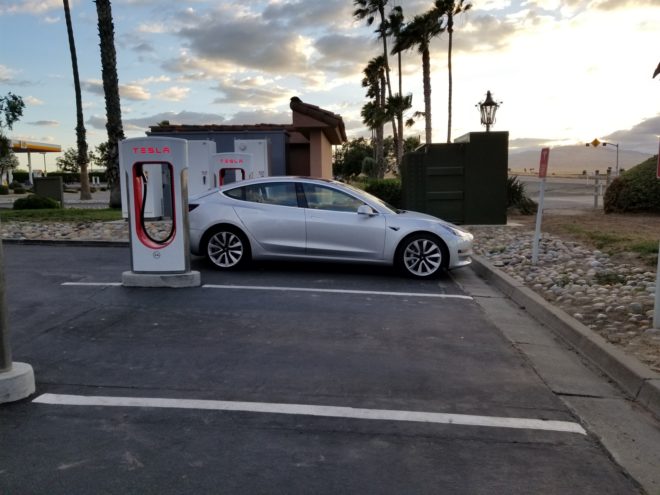 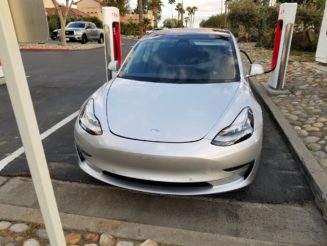 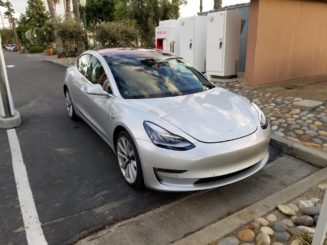 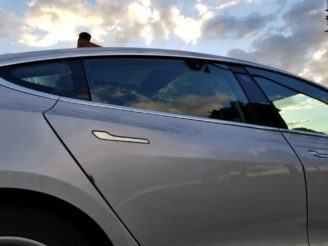 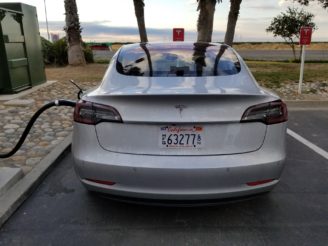 WattLOL‘s photos also reveals Model 3’s large swing-up style door for the charge port. Quite noticeable is the expansive area behind the door that’s allocated to a relatively small Tesla charging plug. The larger surface area is likely designed to accommodate different charging standards that may utilize larger plugs such as CCS and SAE Combo. 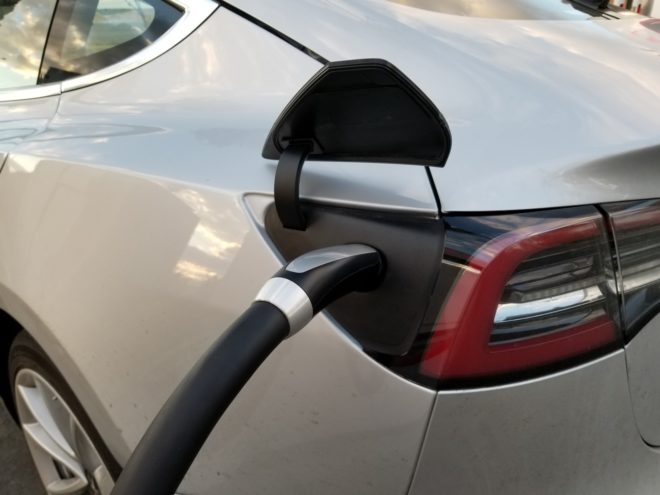 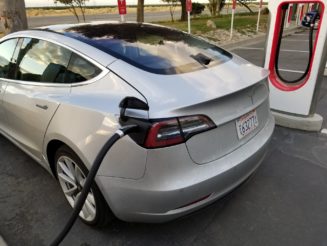 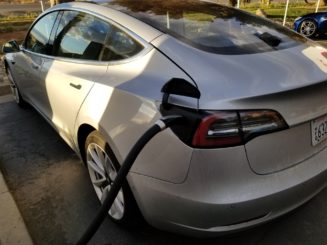 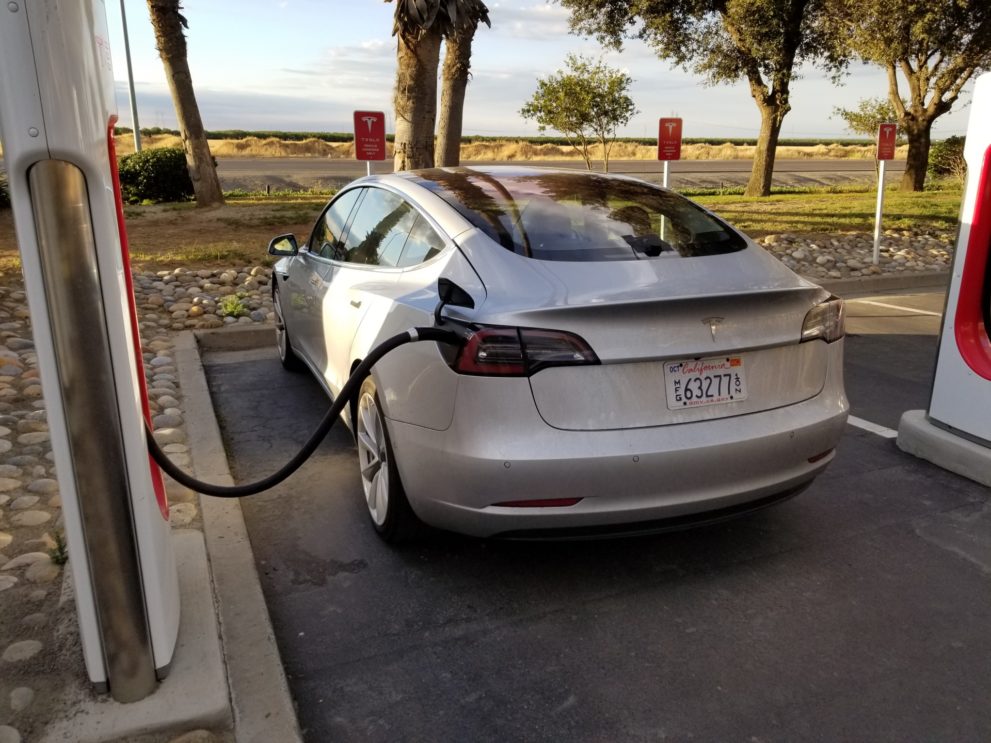 Thanks to these fantastic photos courtesy of WattLOL, we also get a good look at one of  several Model 3 wheel designs. Tesla CEO Elon Musk announced during the company’s recent 2017 Annual Shareholder Meeting that the initial launch of the Model 3 Design Studio will include very few options. Model 3 buyers will be given the option to choose from paint color and wheel size.

Arguably the most sought after photos of the Model 3 are ones showing the center touchscreen and steering wheel. Teslarati provided a first look at the Model 3 release candidate dashboard, but unfortunately this most recent set of photos reveals a purposely covered steering wheel and center display, by the driver. One can see what appears to be a Tesla jacket hung over the center-mounted display. We do however get a good look at Model 3’s glass roof. 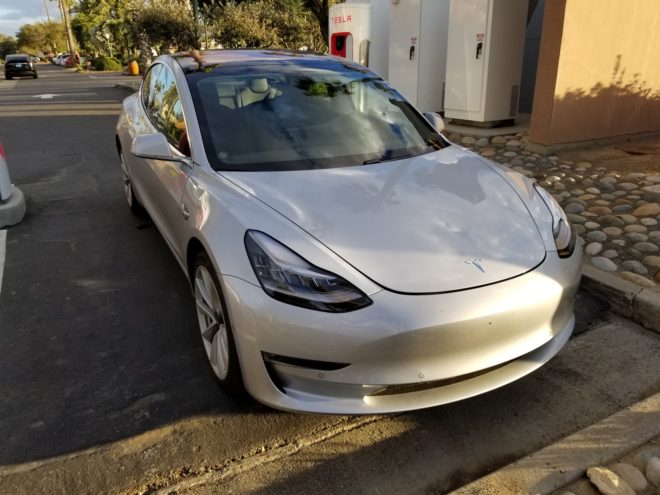 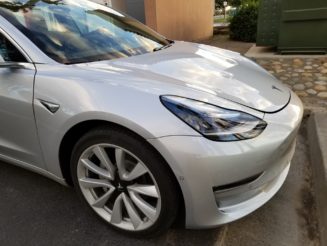 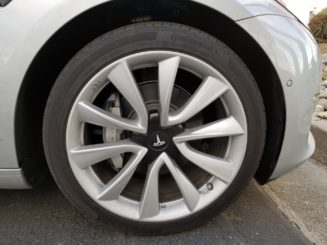 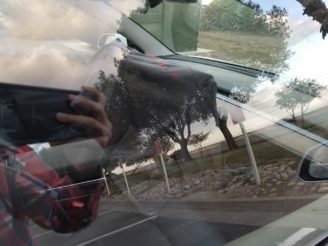 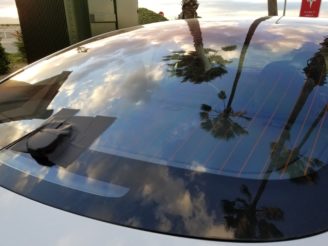 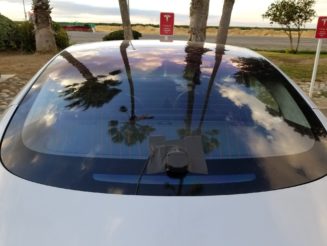 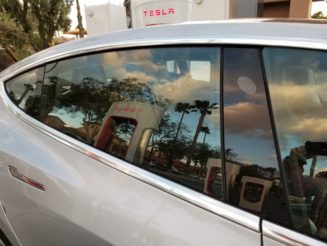 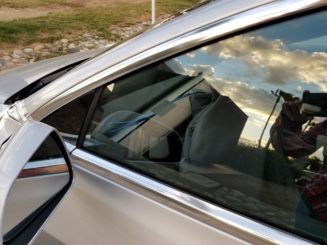 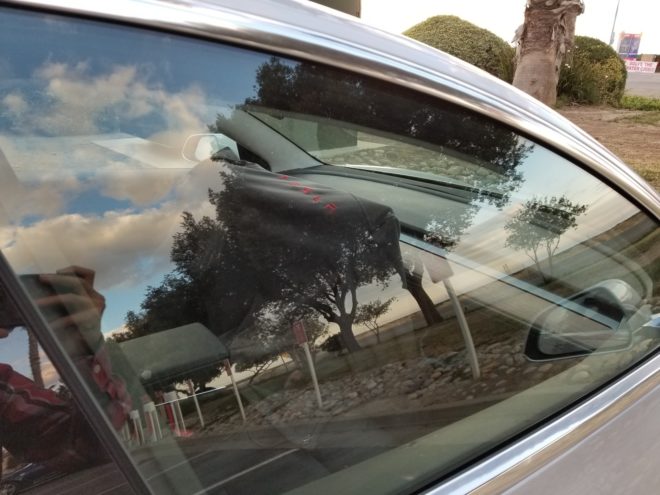 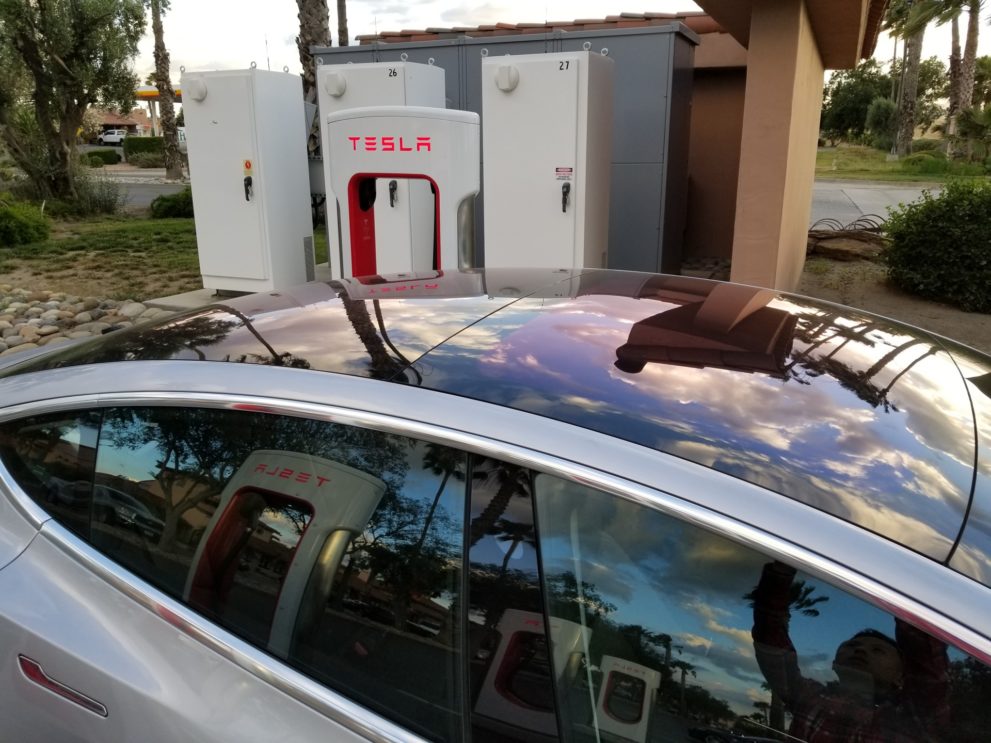 First deliveries of Model 3 will take place in July, likely during the upcoming launch event. Tesla will initially produce a single motor rear-wheel drive Model 3 before introducing a dual motor variant in early 2018. Though Tesla has yet to discuss battery options for Model 3, inside sources have revealed to Teslarati that Model 3 will come equipped with a base 60 kWh battery that’s rumored to have a 250-mile range per single charge, and a 75 kWh pack that will likely top 300 miles of range.